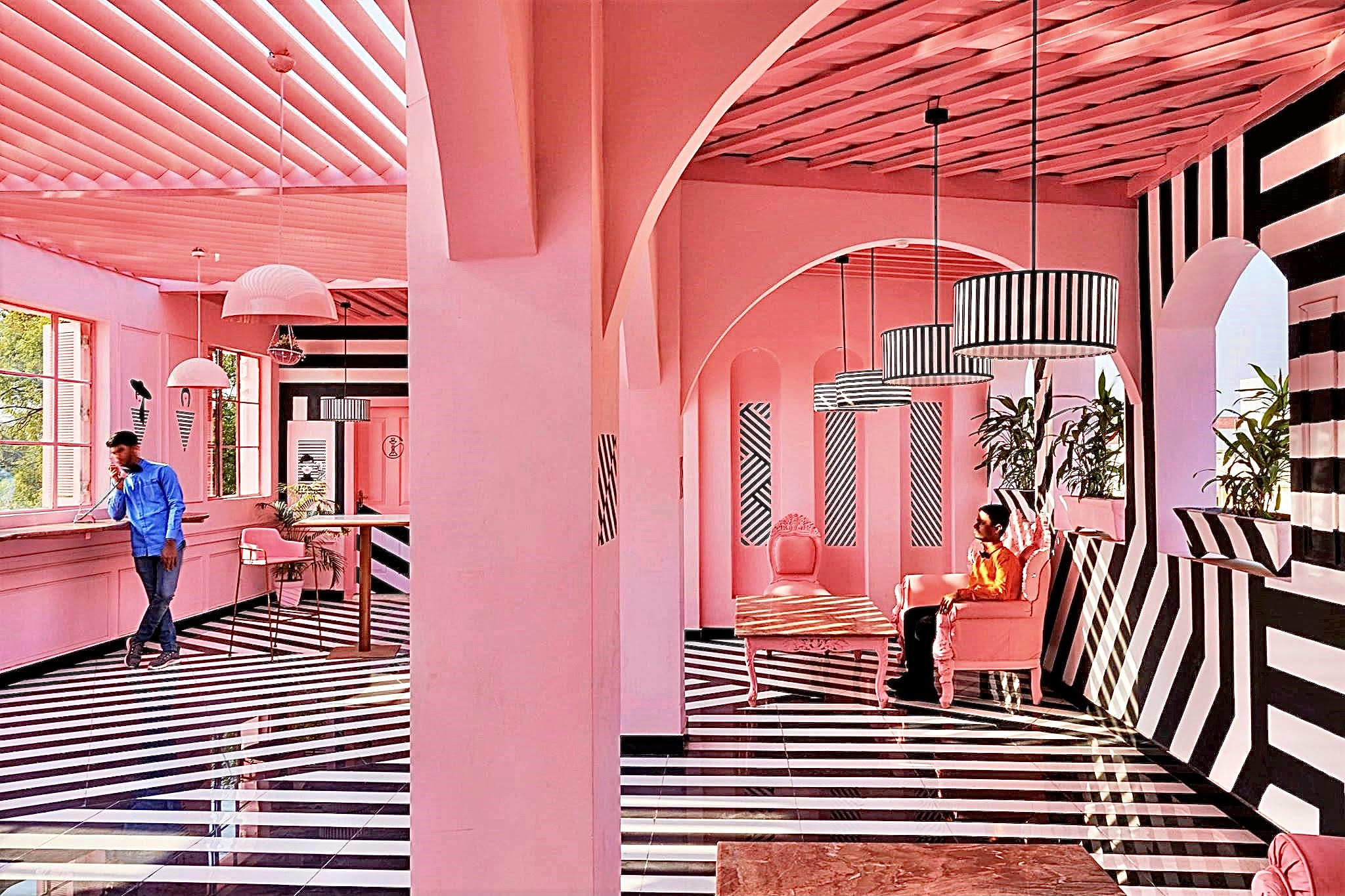 Feast India Company aka The Pink Zebra is a take on the bygone British Culture in the city of Kanpur. With the extravagance of the European Grandeur, not many know how important the city of Kanpur was to the British Corporation of India. The design story initiates the change over time by re-writing an architectural essay through this space amalgamation of old with the quirkiness of  Art Nouveau glitz (which can be seen throughout the city).

The purpose of making “The Pink Zebra” was to speak of a complex and contradictory architecture based on the richness and ambiguity of old and modern experience including that very experience which is inherent in art. The core idea was to create a hybrid rather than pure, compromising rather than clean and leave the visitor hanging in the middle of an artistic sea.

Ideating initiated from the clients love for Wes Anderson’s set ideology and his love for fearful quirkiness along with constructed frames throughout this space.The love for extreme symmetry and restricted color palettes can often give the expression of a surreal , self contained world but adding that certain bizarre element to break that monotony of Wes’s spatial ideology came through the black and white zebra lines dipping themselves in the pink monotone set in the British Raj’s colonial order.

The simple idea was to create a distinct aesthetic architectural style that connects to the city people and poses its stand by the use of a striking color palette . The Pink Zebra with its unique facade design creates an everlasting effect on the passersby and invites them into a magical , expertly crafted world whose spaces are framed to treat the eyes. 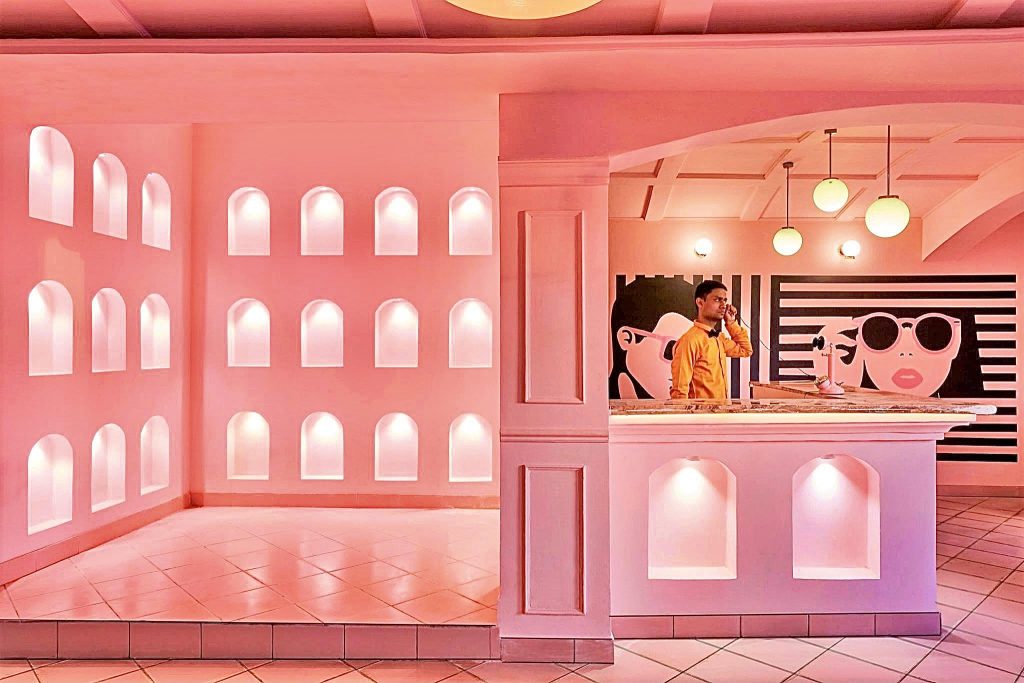 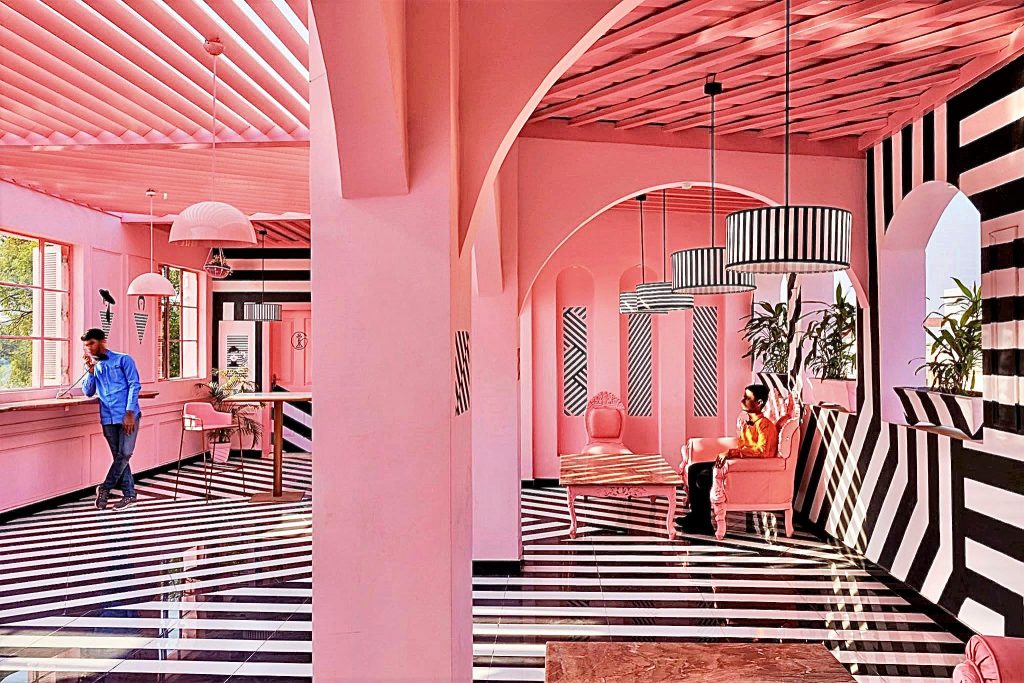 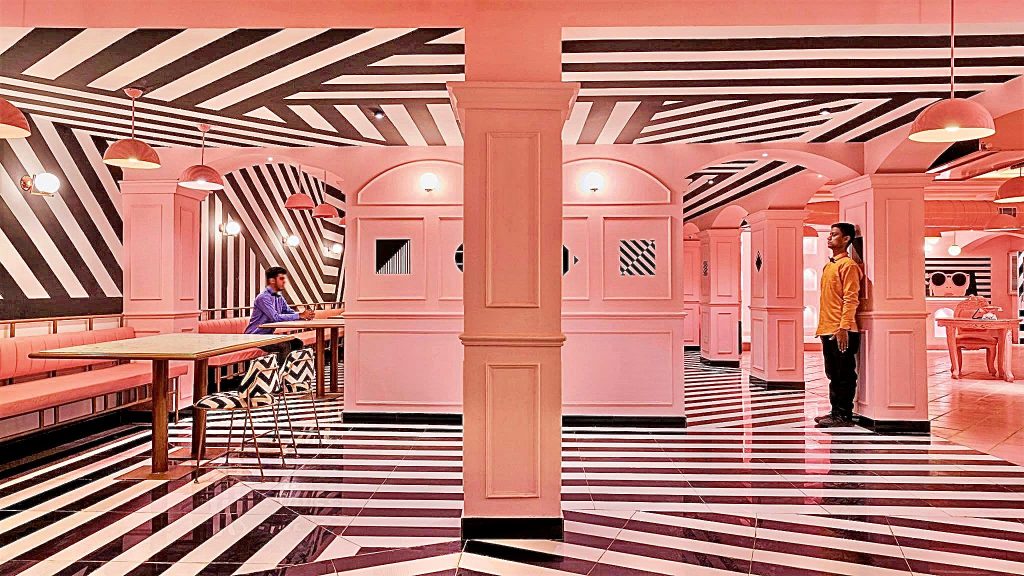 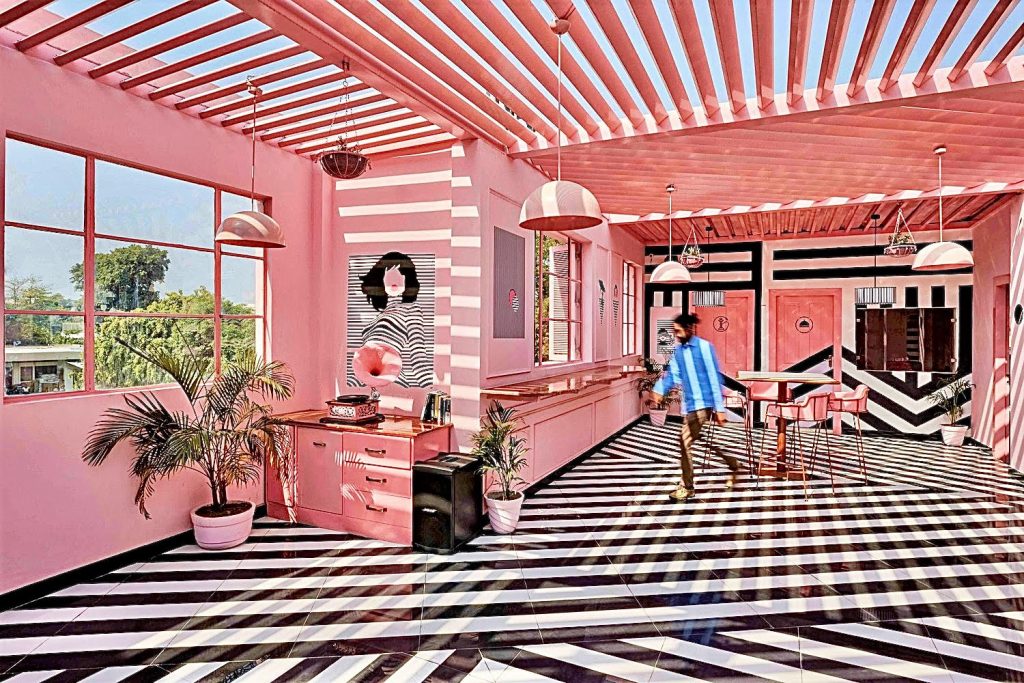 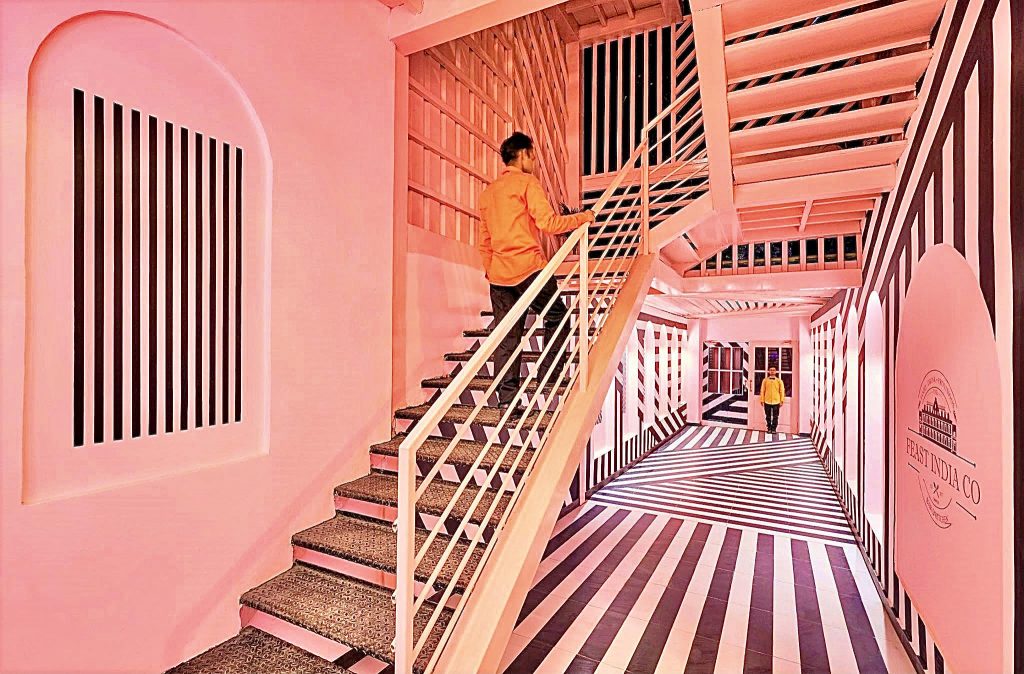 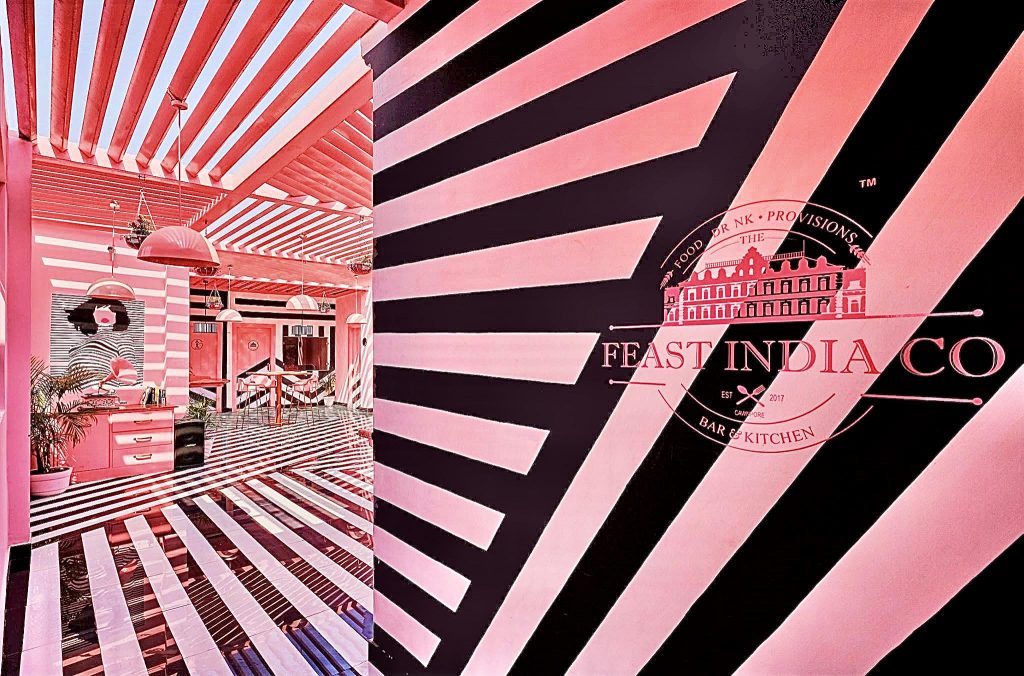 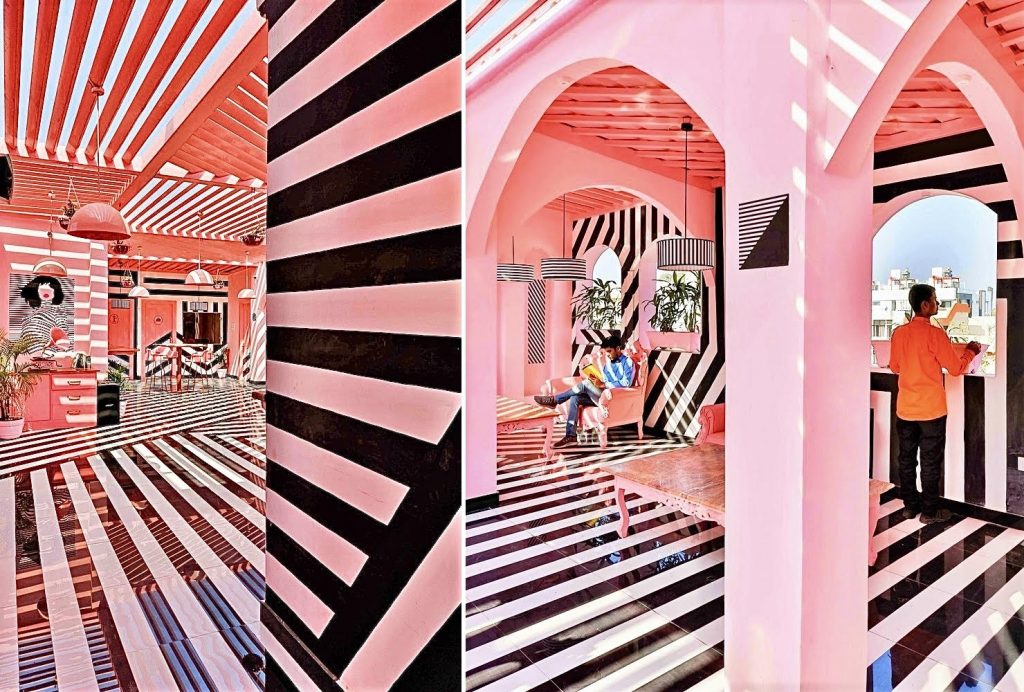 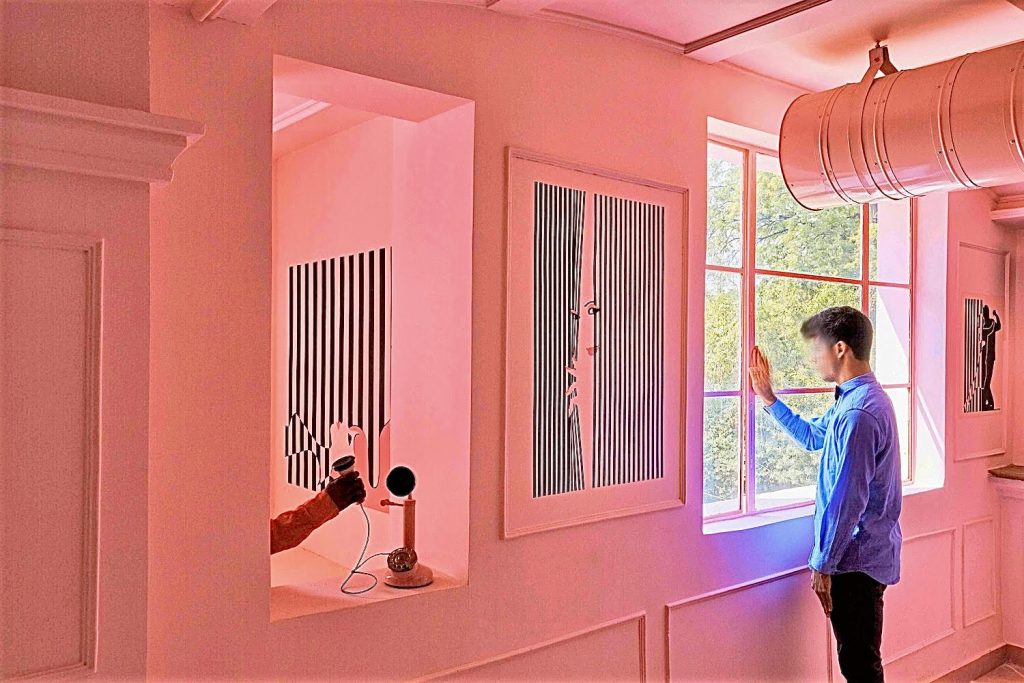 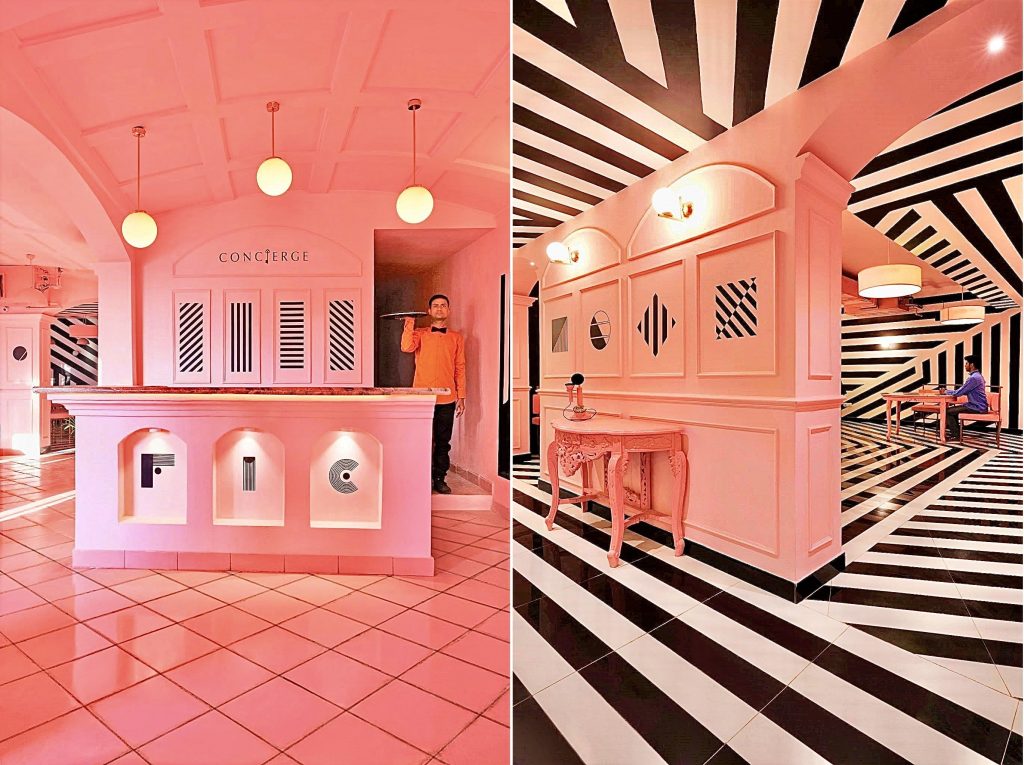 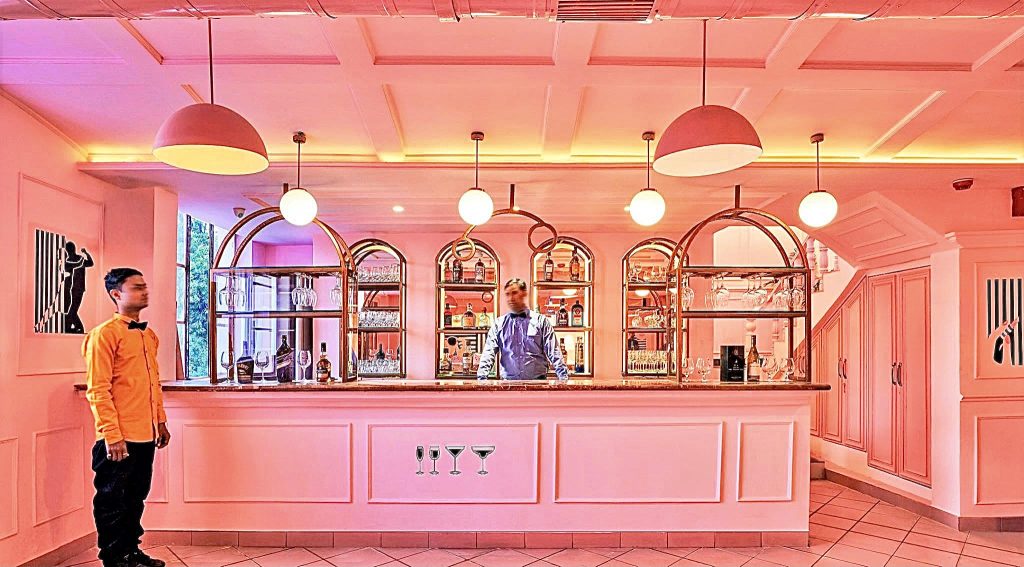 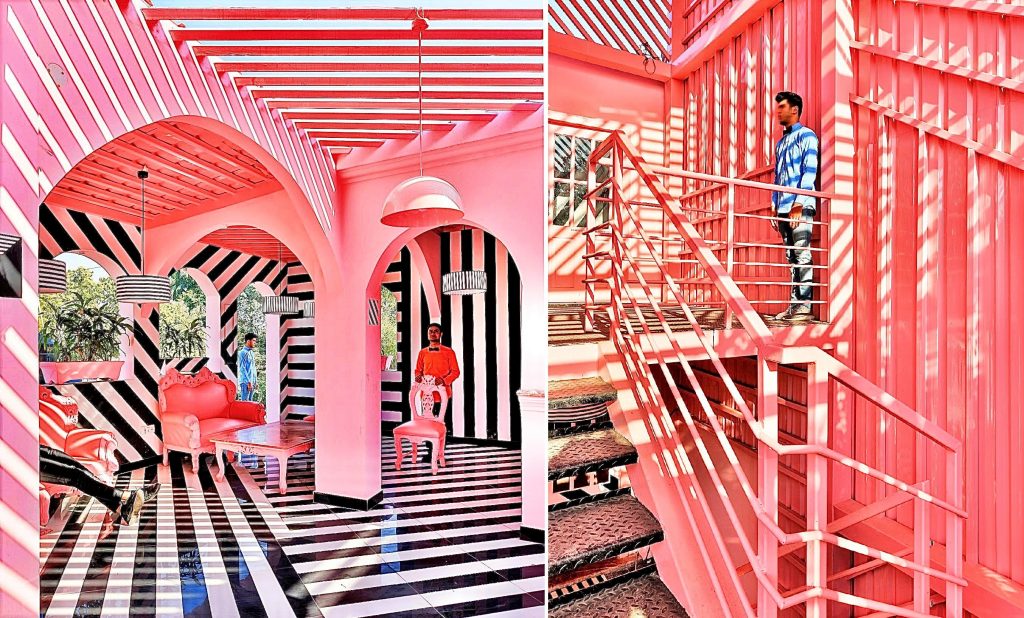 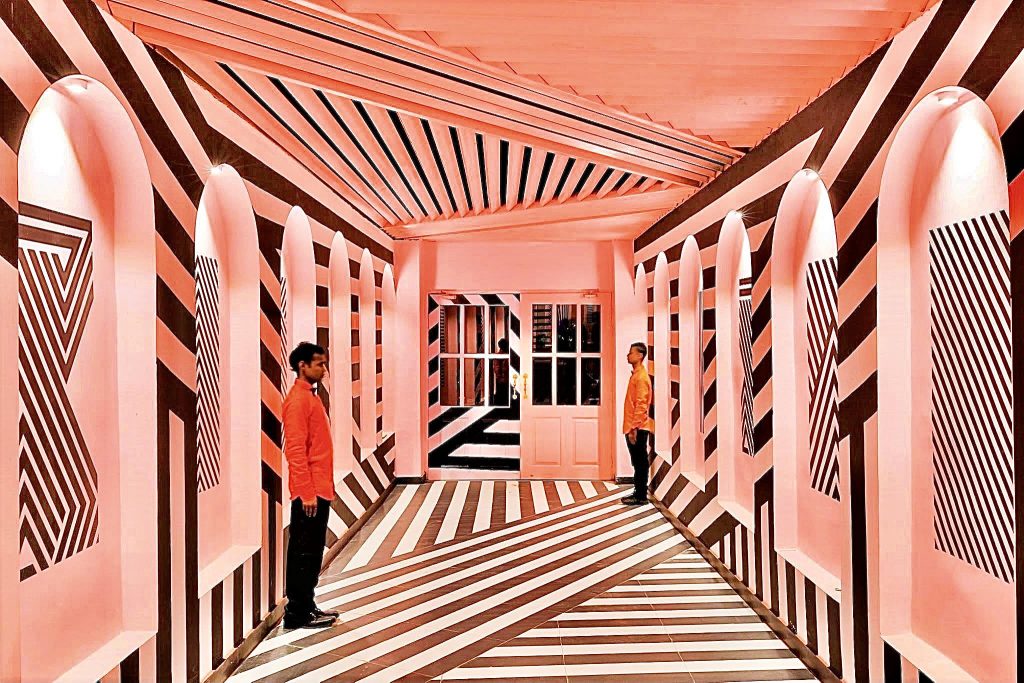 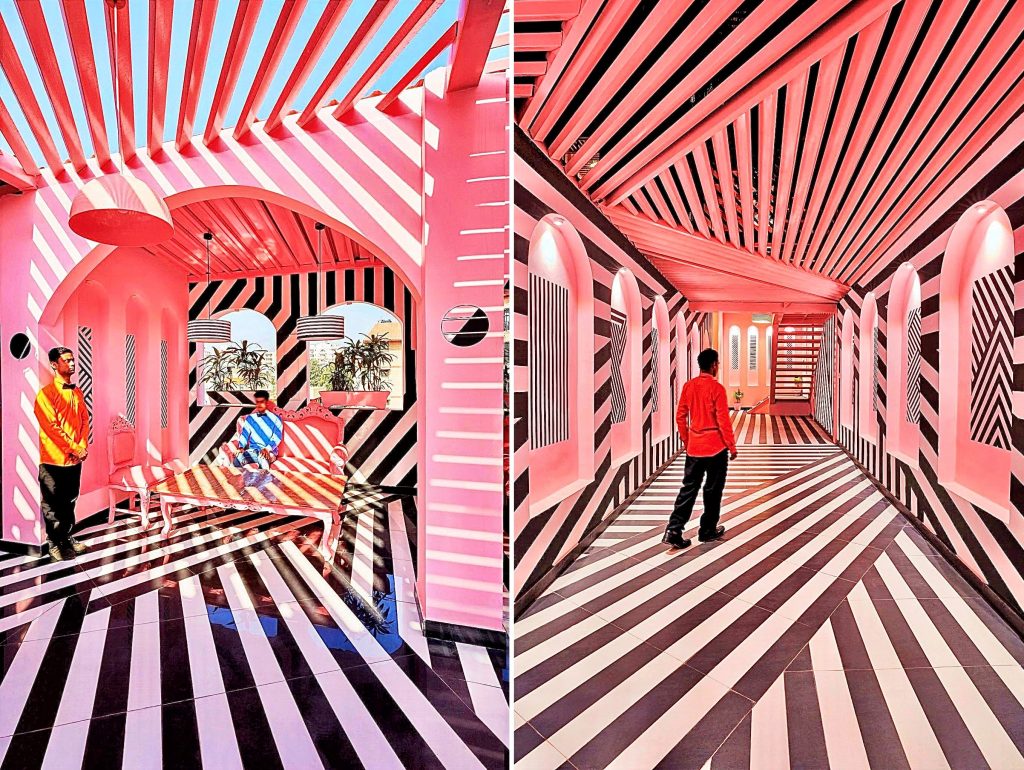 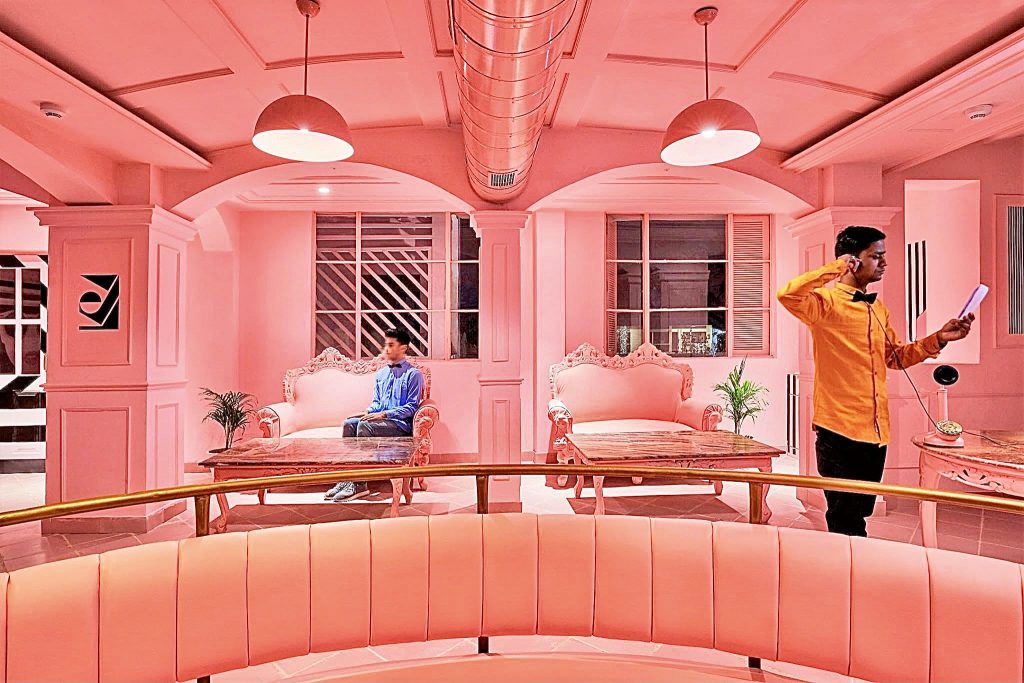 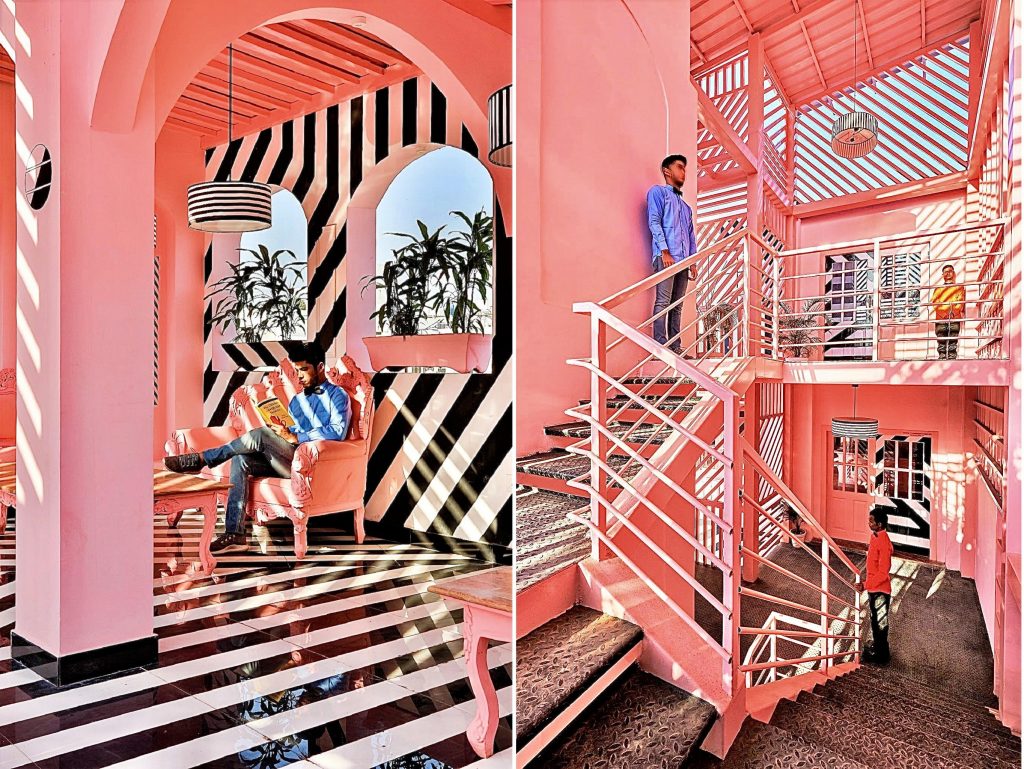 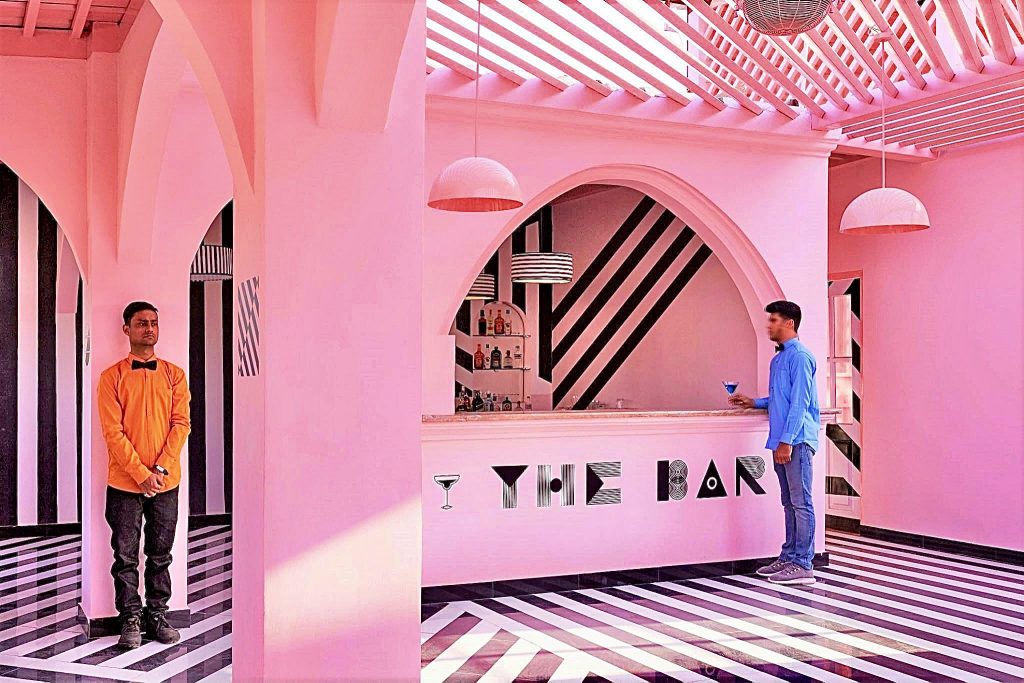 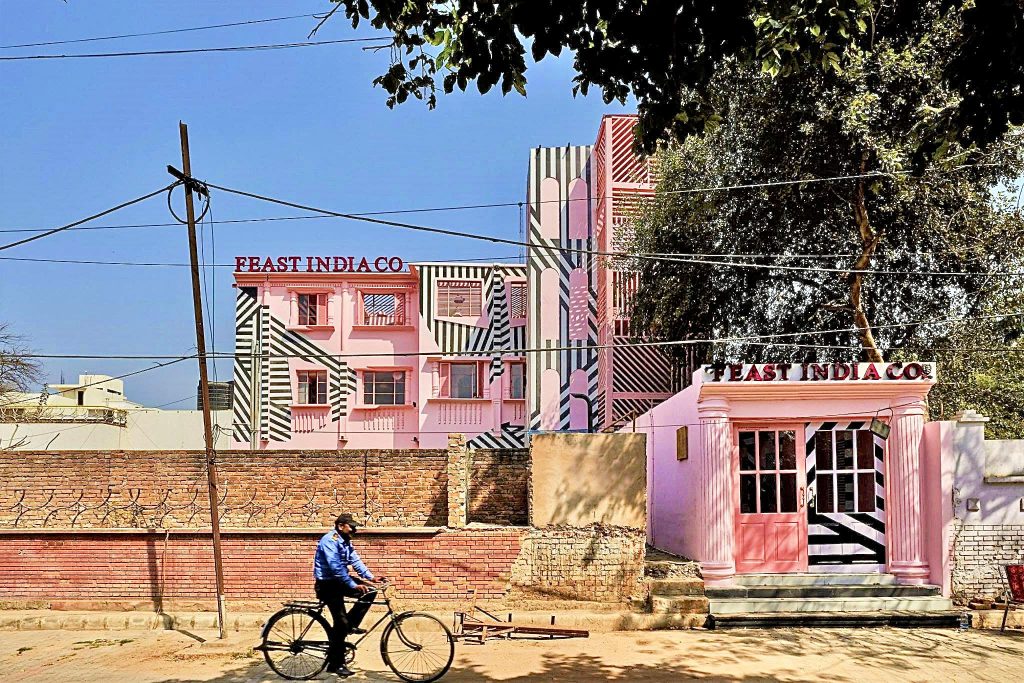 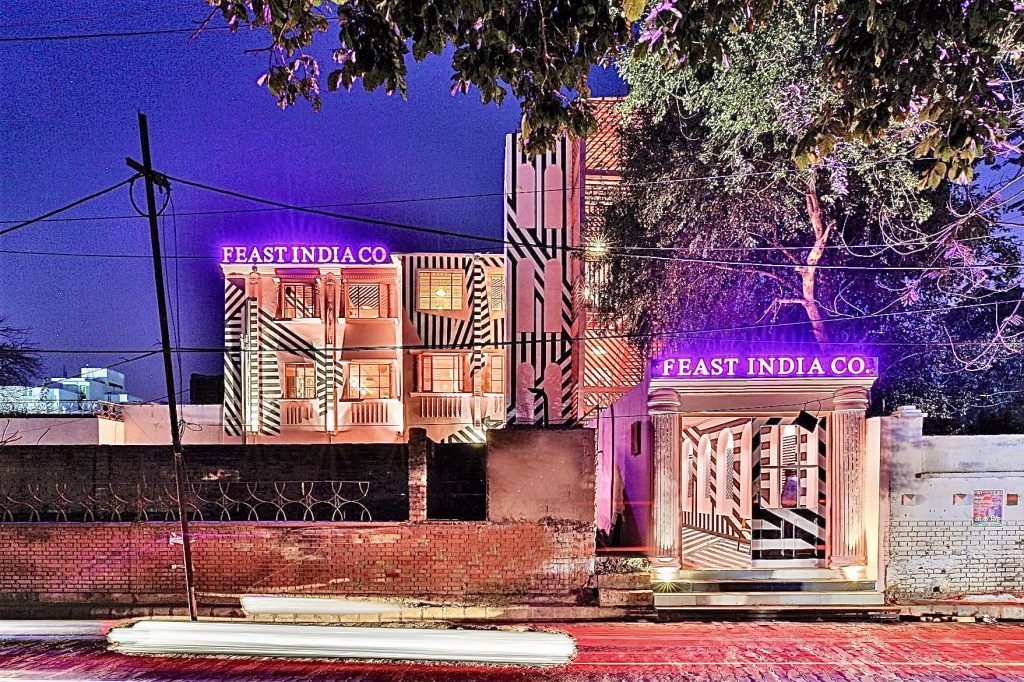 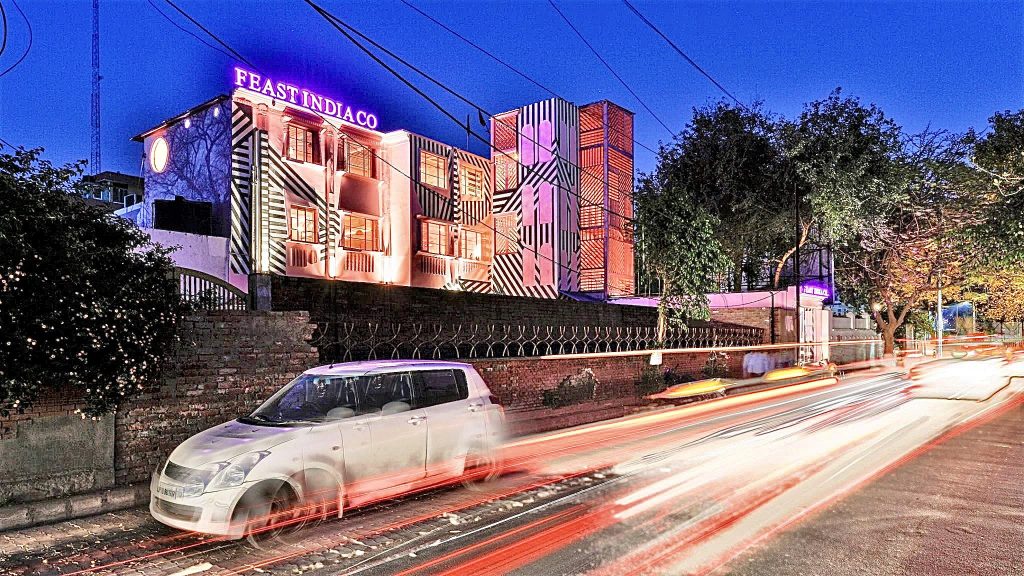