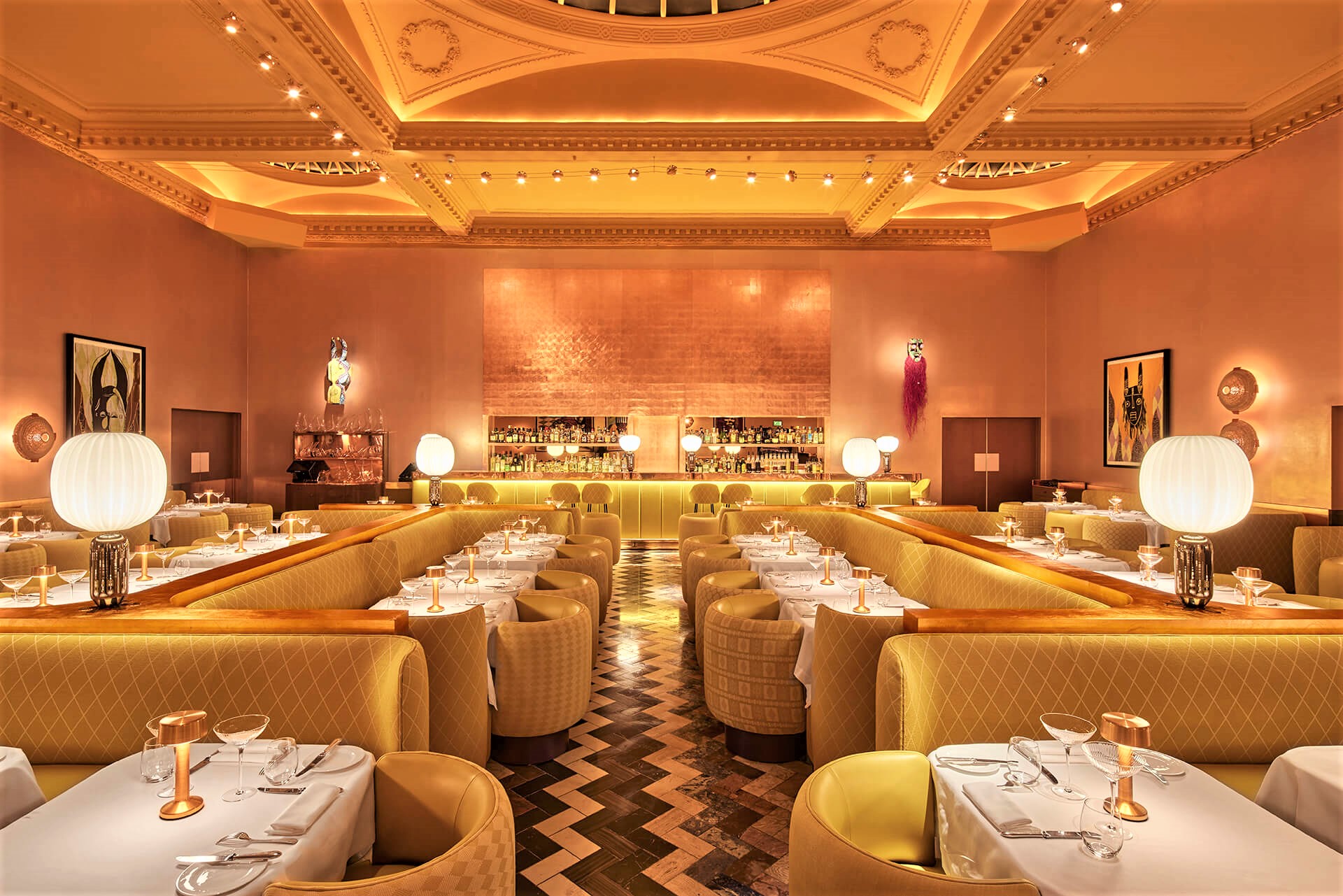 Recently, well-known British-Nigerian artist Yinka Shonibare CBE RA and celebrated French architect, India Mahdavi, refreshed the iconic London restaurant—the Gallery at Sketch, with a new installation of artworks and interior design. Earlier this month, to celebrate the 20th anniversary of Sketch, the Gallery restaurant was transformed into a sunshine-yellow setting designed by Mahdavi, exhibiting Shonibare’s colourful site-specific artworks. Shonibare and Mahdavi were invited by Sketch’s founder, Mourad Mazouz, to transform the Gallery as the restaurant bids farewell to its well-loved pink interiors, also conceptualised by Mahdavi in 2014 that features works by designer David Shrigley.
Titled ‘Modern Magic’, Shonibare has crafted 13 new site-specific artworks in his signature style, showcasing the theme of African culture. The installation includes four hand-painted masks carved from wood and nine framed quilts that replicate African masks found in Pablo Picasso’s collection. To complement the striking artworks, Mahdavi has crafted a regal space with copper walls and solar yellow fabrics. Shonibare’s new artworks featuring his trademark Dutch wax batik pattern can be viewed by guests seated within the glistening restaurant.
Sketch is an award-winning destination for experimentation in food, art, and music in Mayfair, London. It was inaugurated in 2002 by restaurateur, Mourad Mazouz, and three-Michelin-starred chef, Pierre Gagnaire. Located within a Grade II listed building that was once the headquarters of the Royal Institute of British Architects, Sketch consists of the three Michelin Starred Lecture Room and Library, the Parlour, a trendy all-day cafe and bar at night, and the Gallery, a chic gastro brasserie. Sketch also encompasses the Glade, serving a lunch garden menu and cocktails at night, and the East Bar, a small intimate bar. 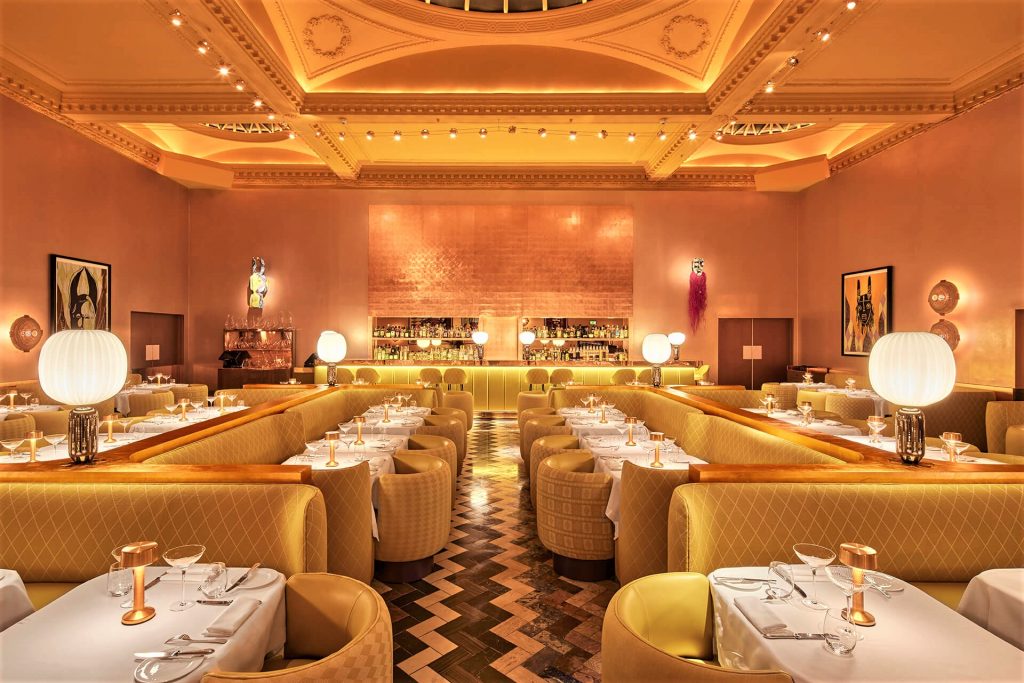 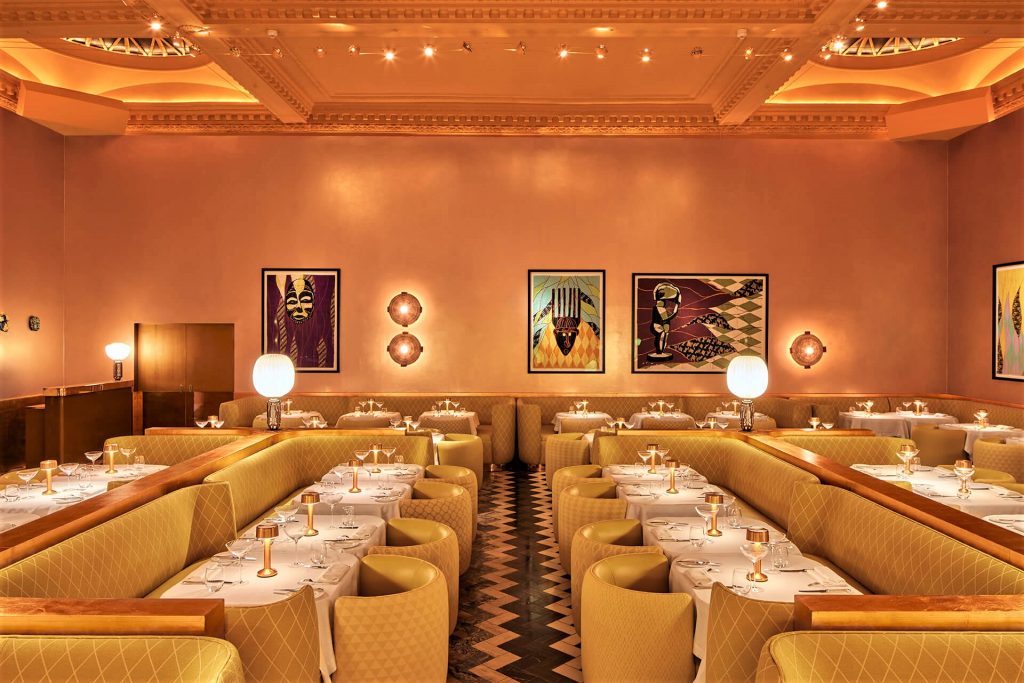 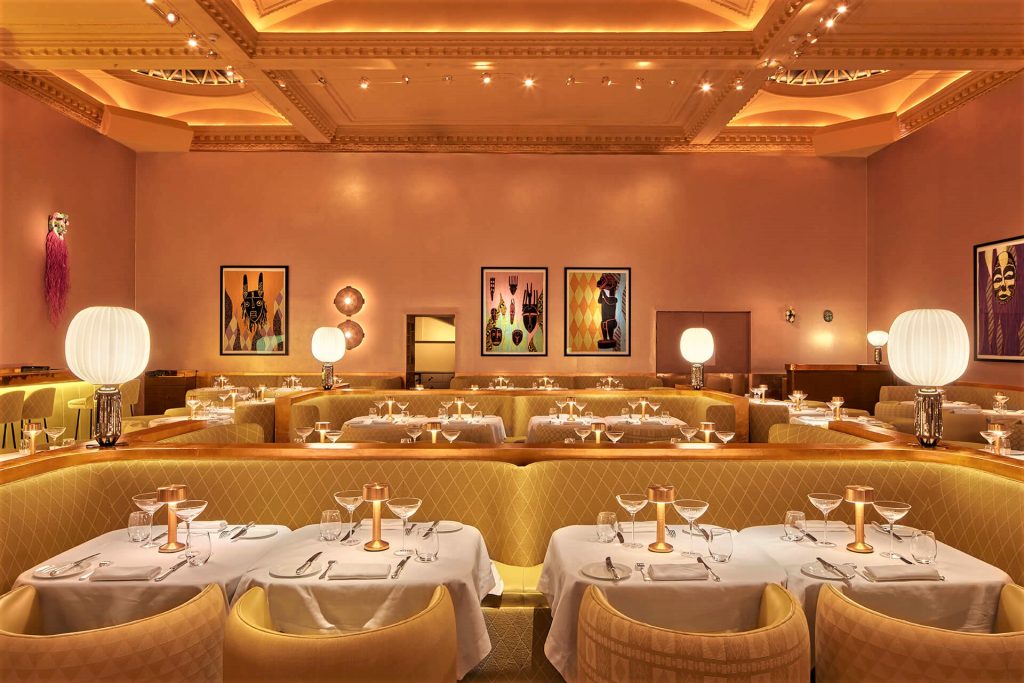 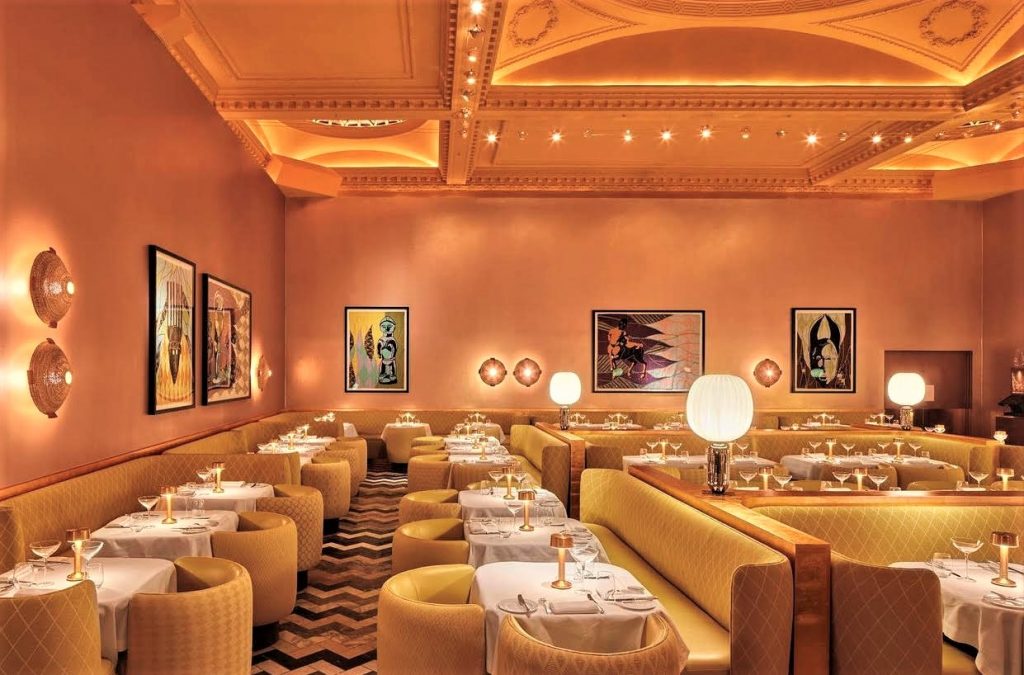 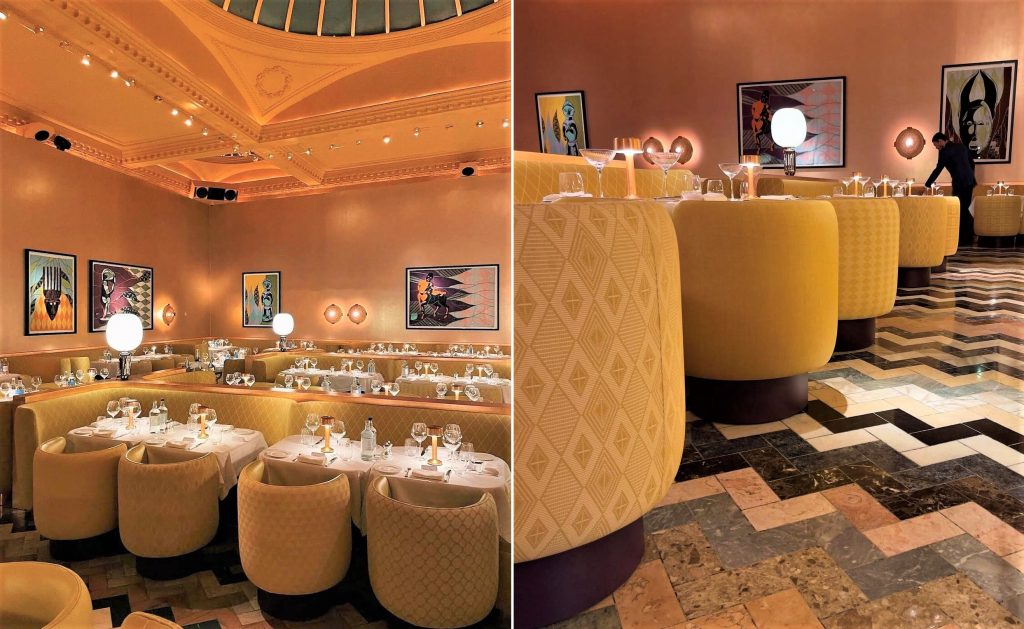 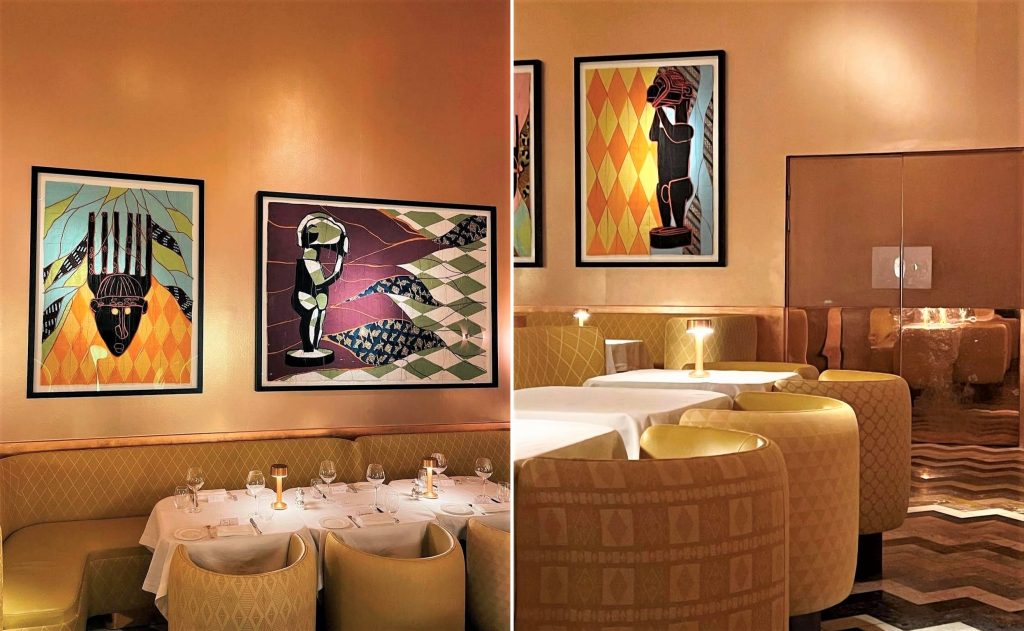 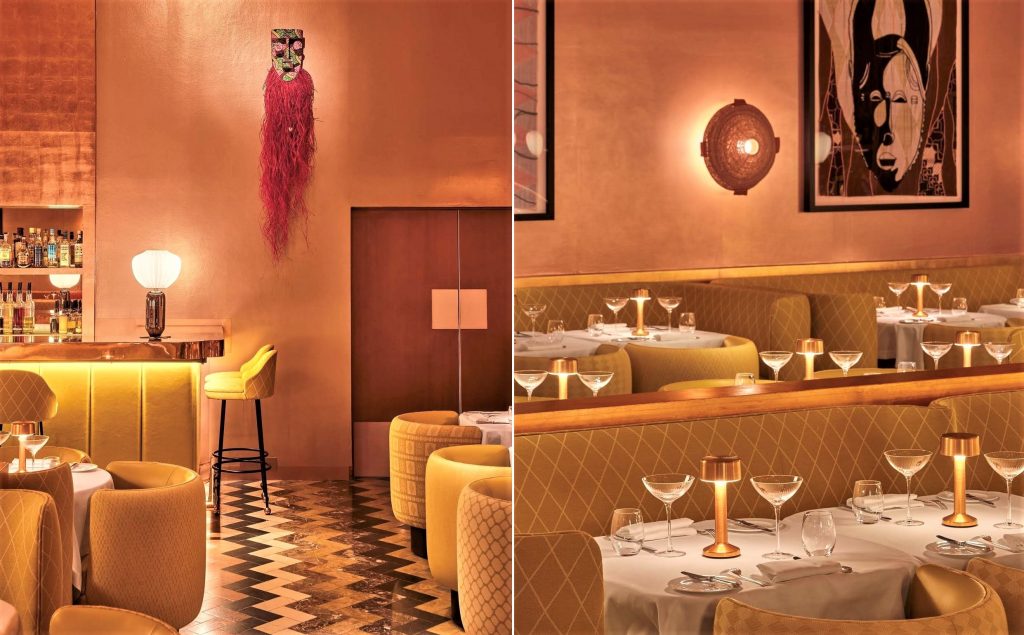 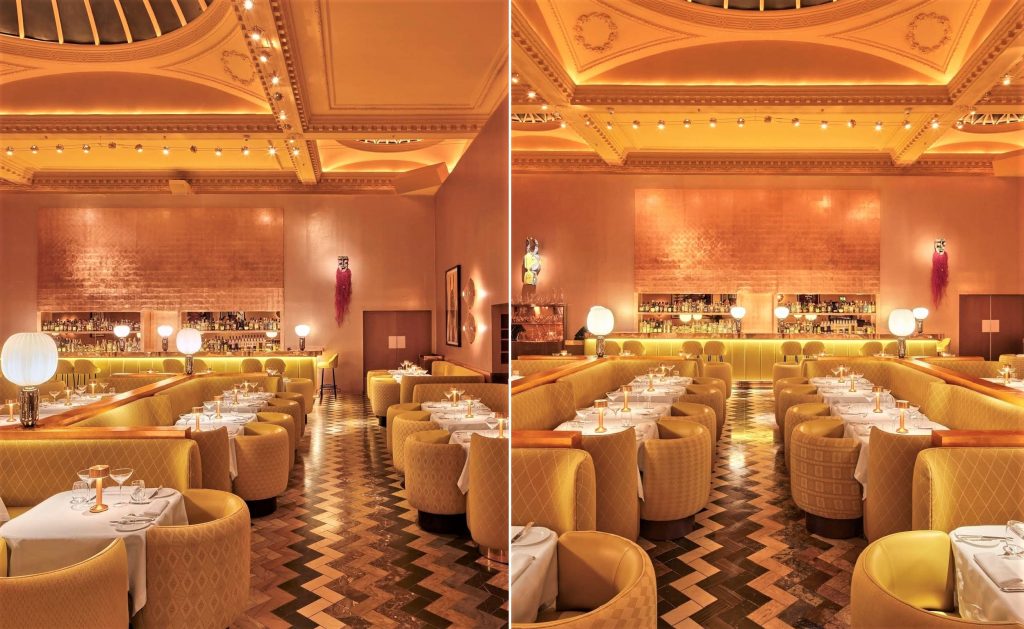 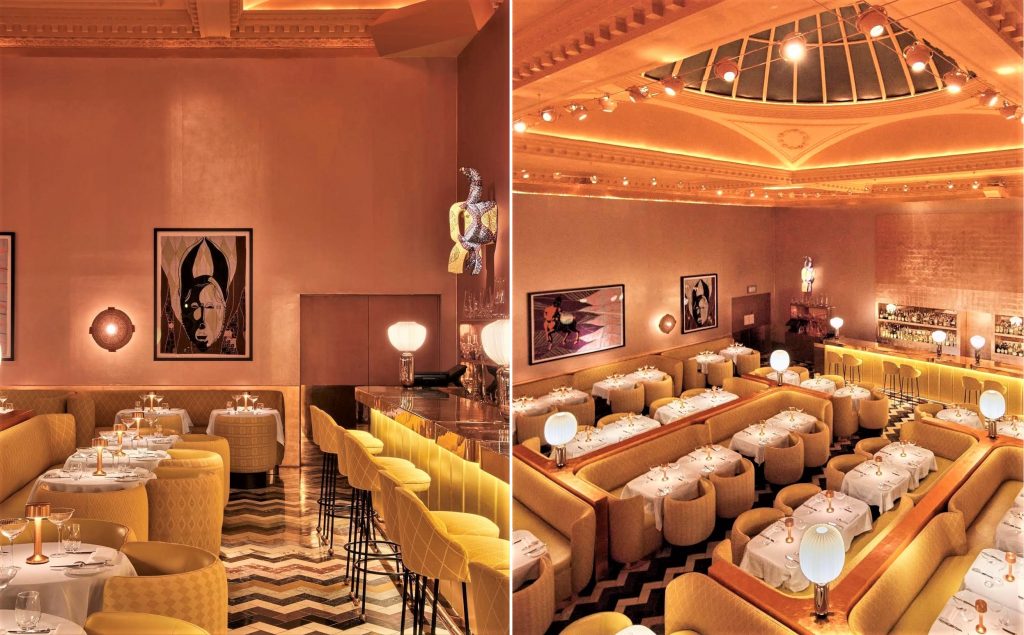 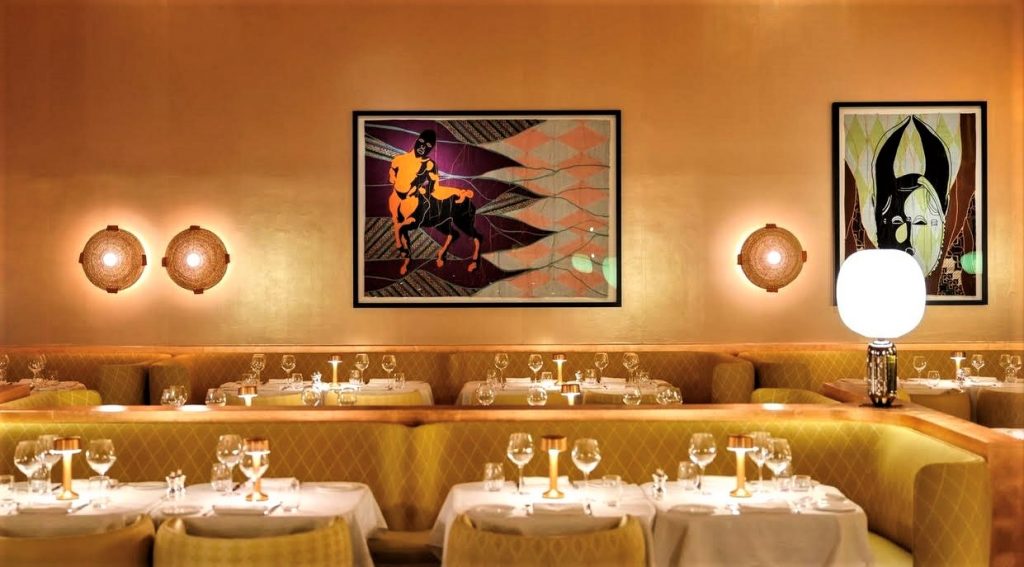