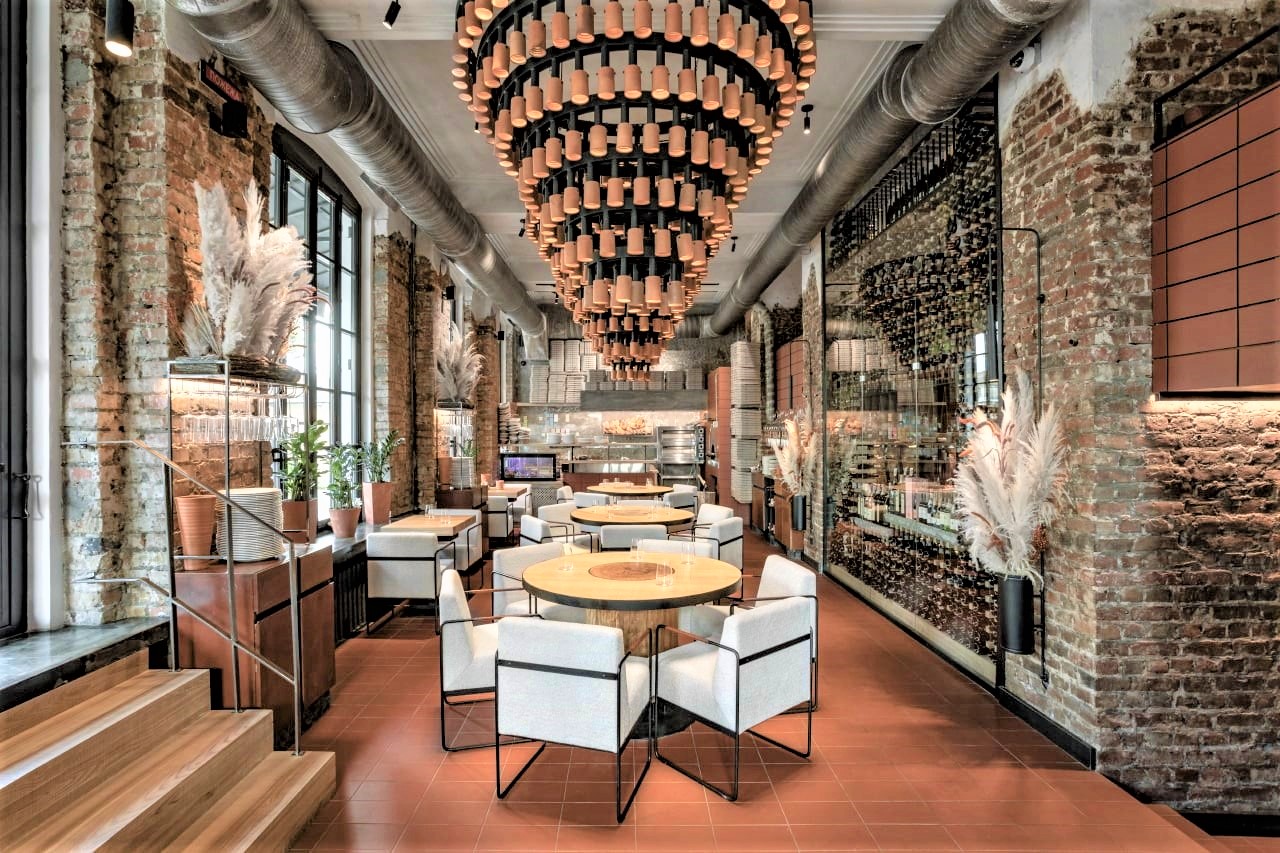 A modern Georgian cuisine restaurant located in the central Chernihiv in the so-called “stalinka” building erected in 1953. The venue occupies the first floor and the basement in the four-story building.
The main accents of the big hall on the first floor are massive seven-tiered chandeliers. They are made out of steel circles and ceramic light domes that resemble mugs or bells or even rams’ horns. Kvevri, large ceramic vessels used for the traditional Georgian wine storage, were the inspiration for those forms. Similar domes make an impressive ceiling installation in the hall with the bar counter. All those elements are custom made in the small craftsmanship workshop located in the village in Chernihiv region.
The wall in the hall with the bar counter is encrusted with a large portrait of a pensive-eyed man. That is the portrait of the Georgian Soso, who was in charge of a food store that was located in the very same space in the 1950s. The food store occupied the first floor, and in the basement worked the hidden gambling club where party officials of the city were gathering to play poker.
The second floor of the restaurant is a mezzanine floor located above a part of the first floor. The stairs that lead there are covered from the outside by terracotta ceramic tile glued to the glass surface. It makes the effect of glossy gaps instead of joints between the tiles.
The wine cabinet with glass walls is located vertically on the first and the second restaurant’s floors between columns. It resembles an art installation where hundreds of wine bottles exhibit under the glass.
The basement space is like a venue inside a venue. It got its name “Vinyl Bar” because of the turntable that stands next to the bar and the wall installation of bottles with alcoholic drinks. There you can smoke some hookah, and in the evening, they set a fog machine to create a chamber-like vibe in the bar. 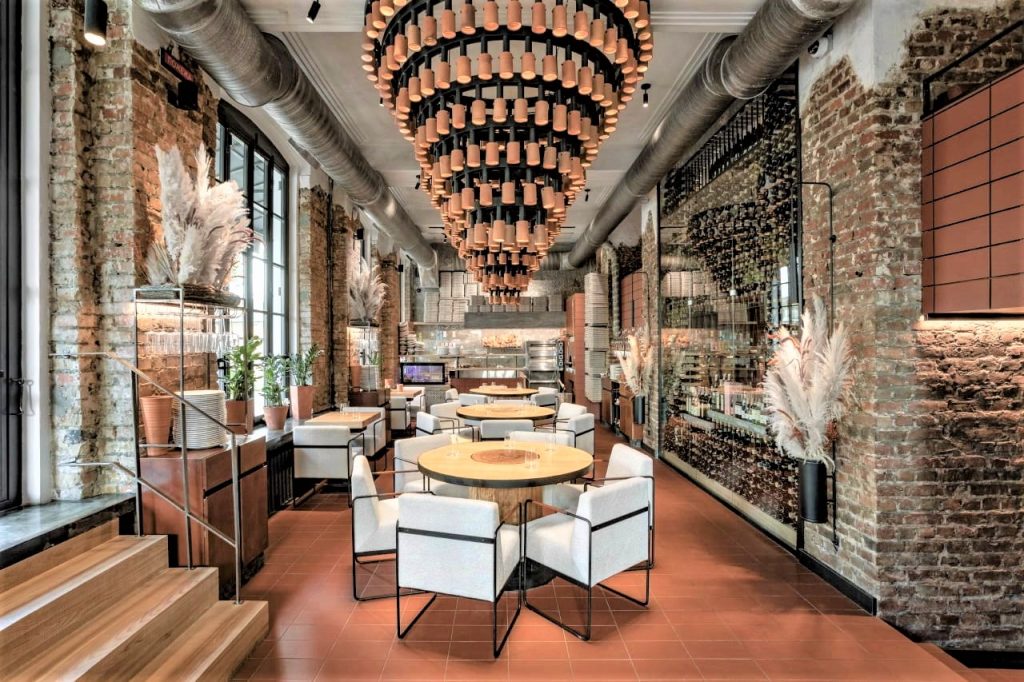 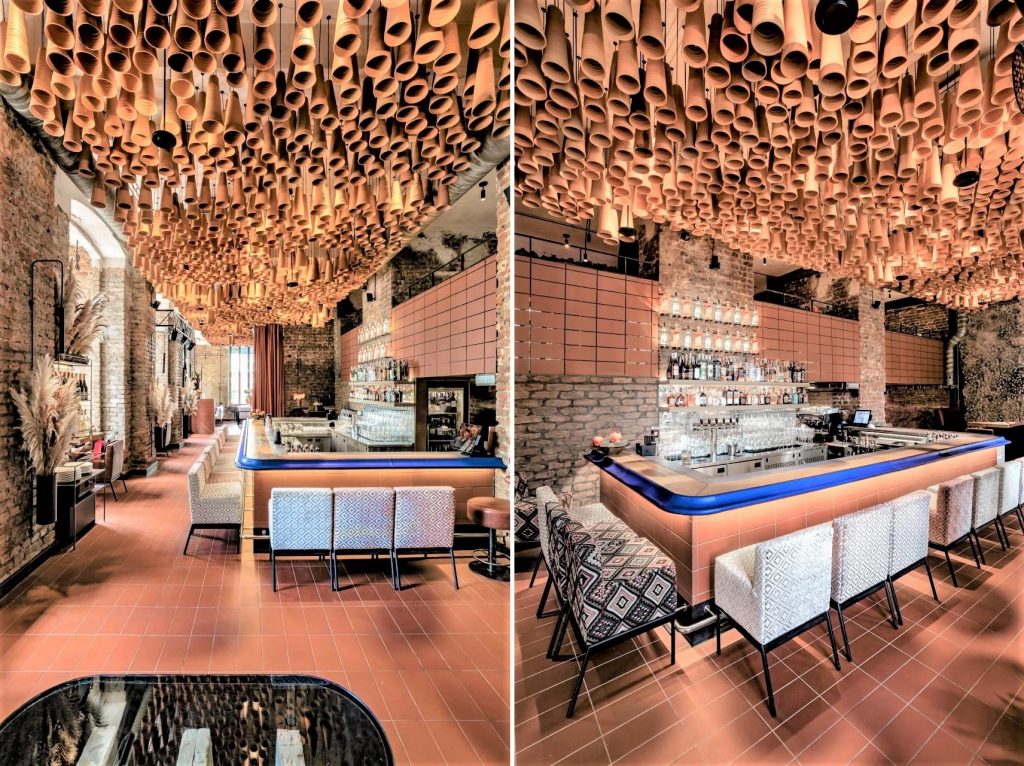 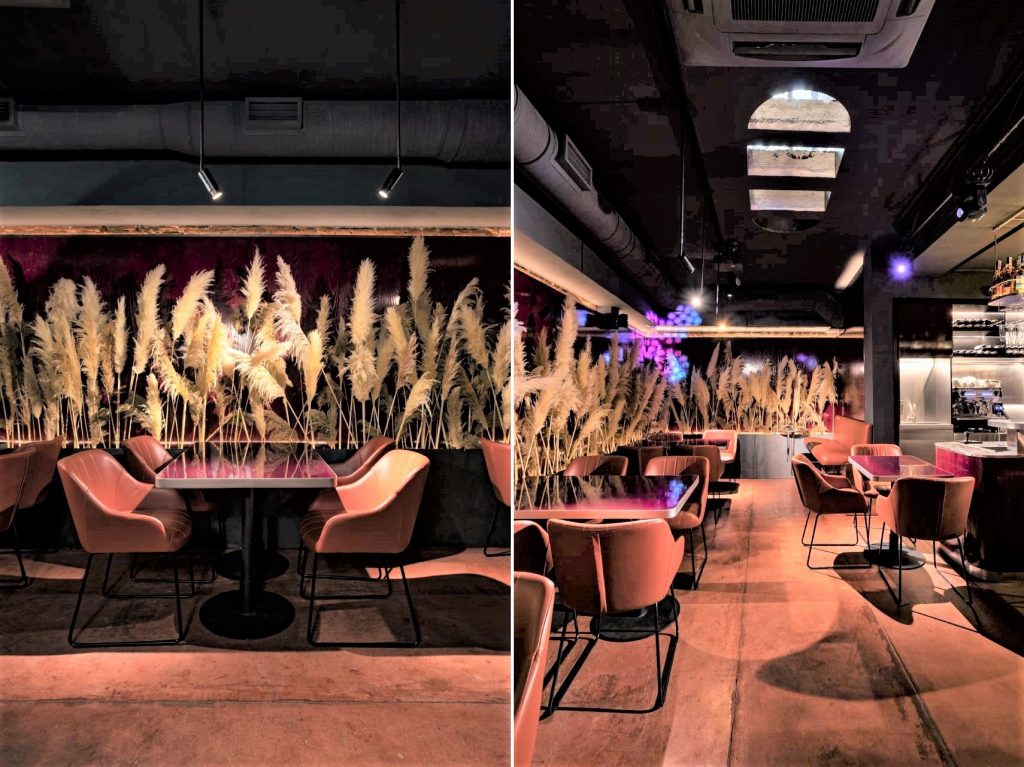 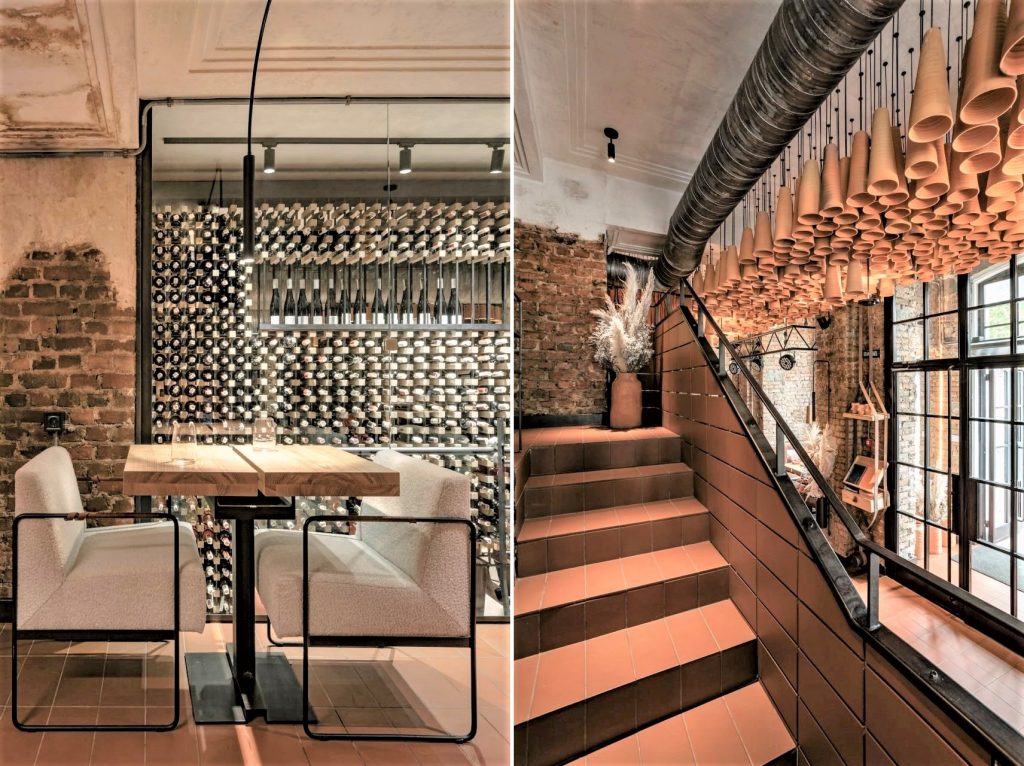 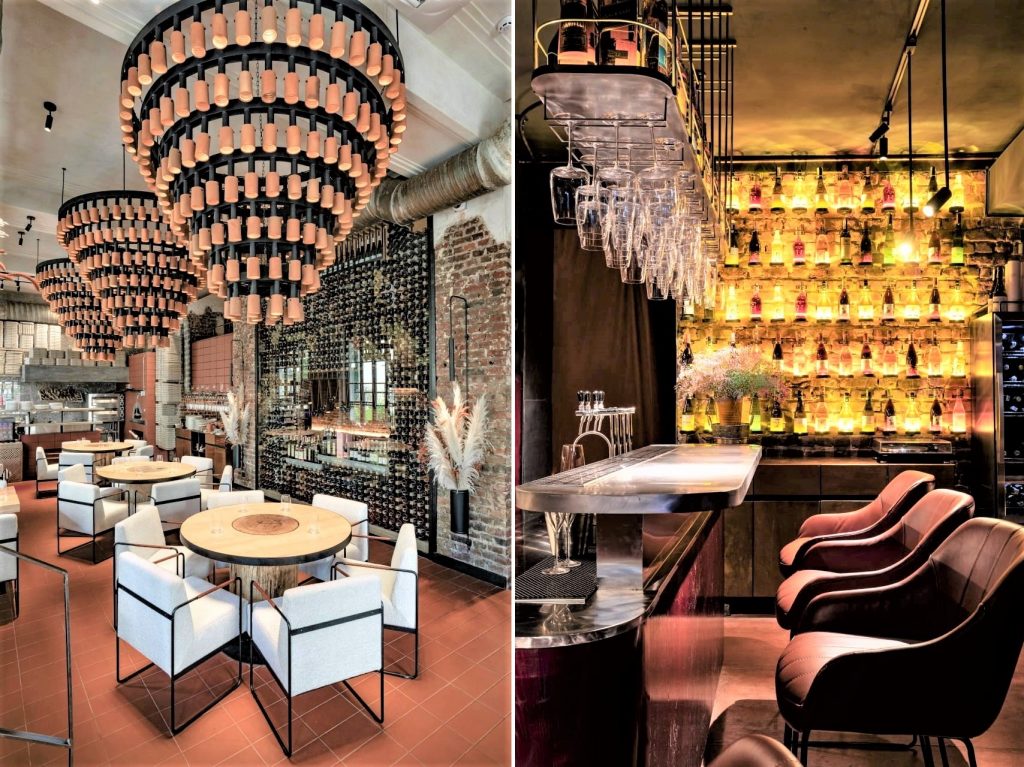 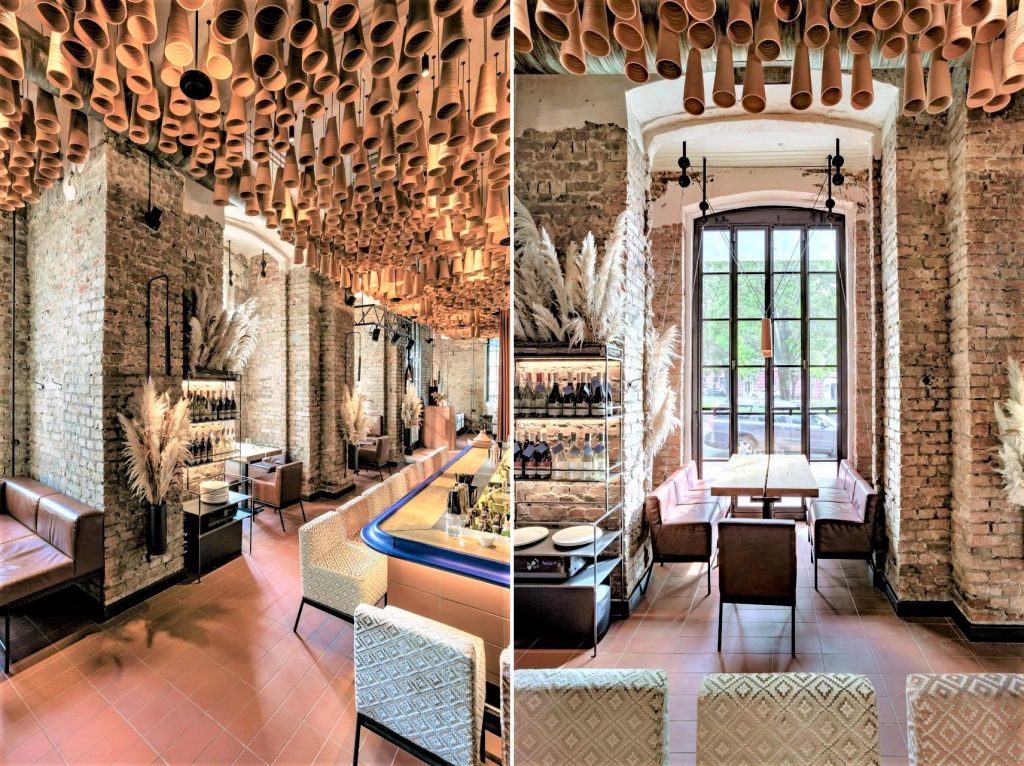 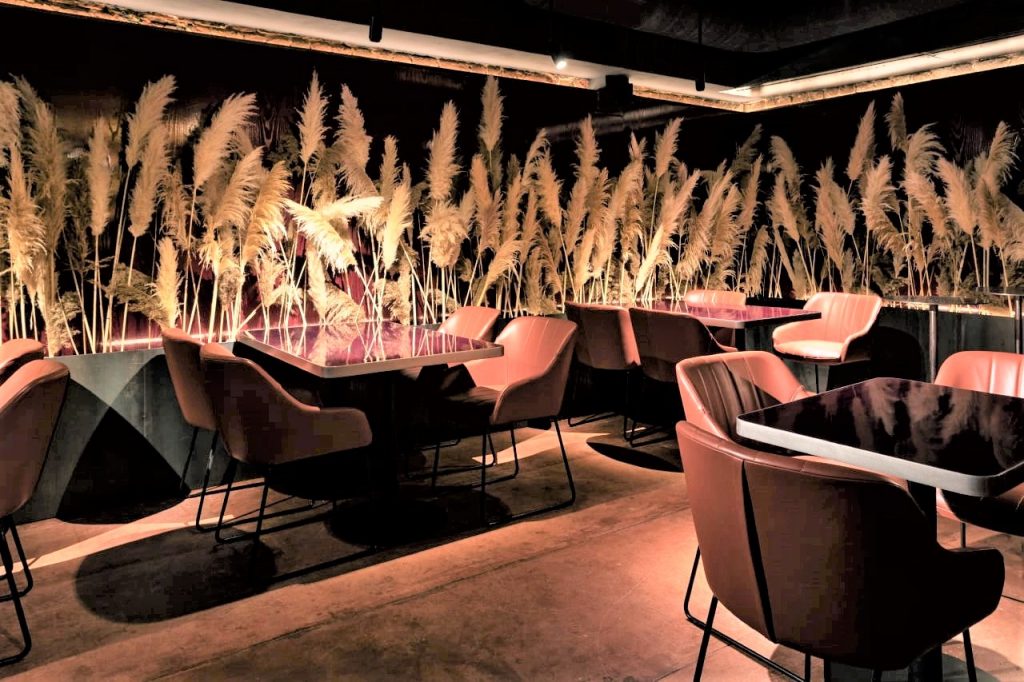 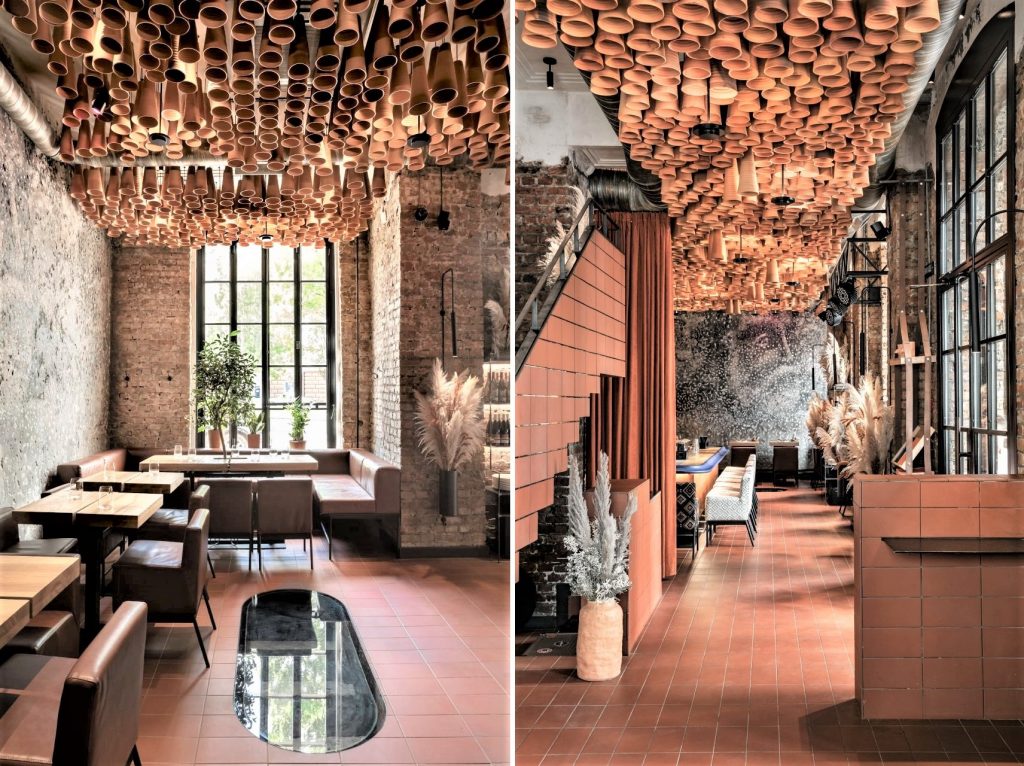 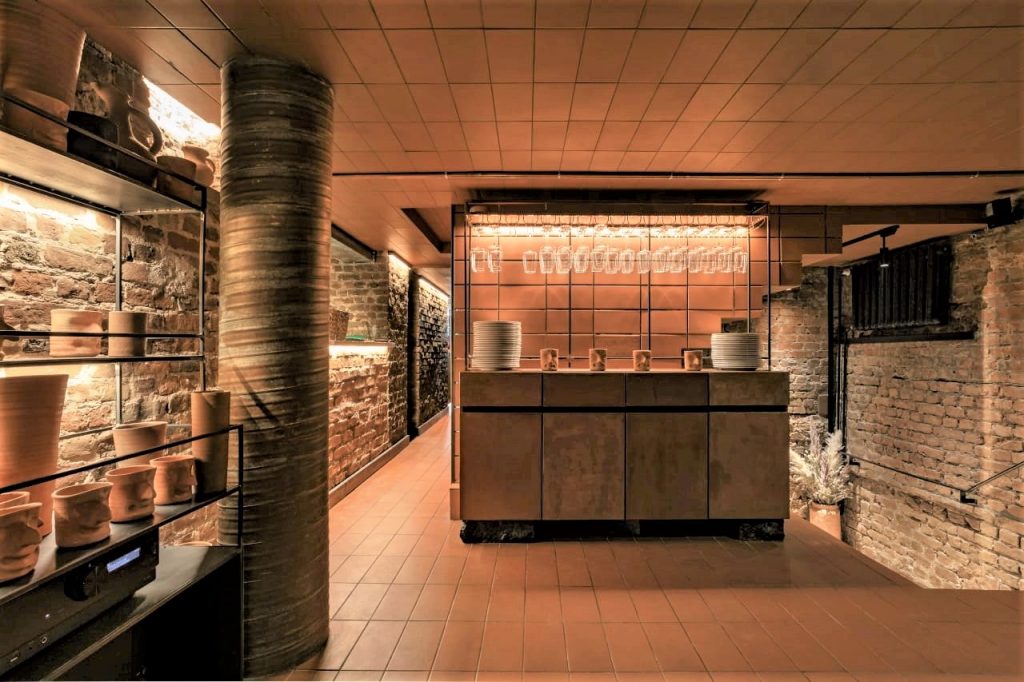 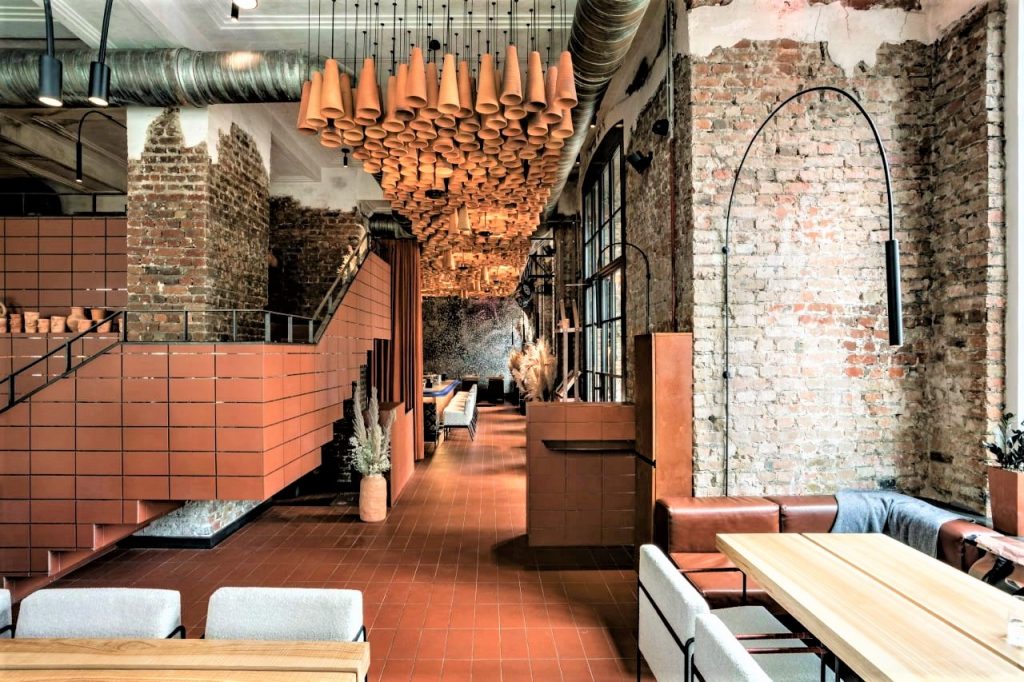