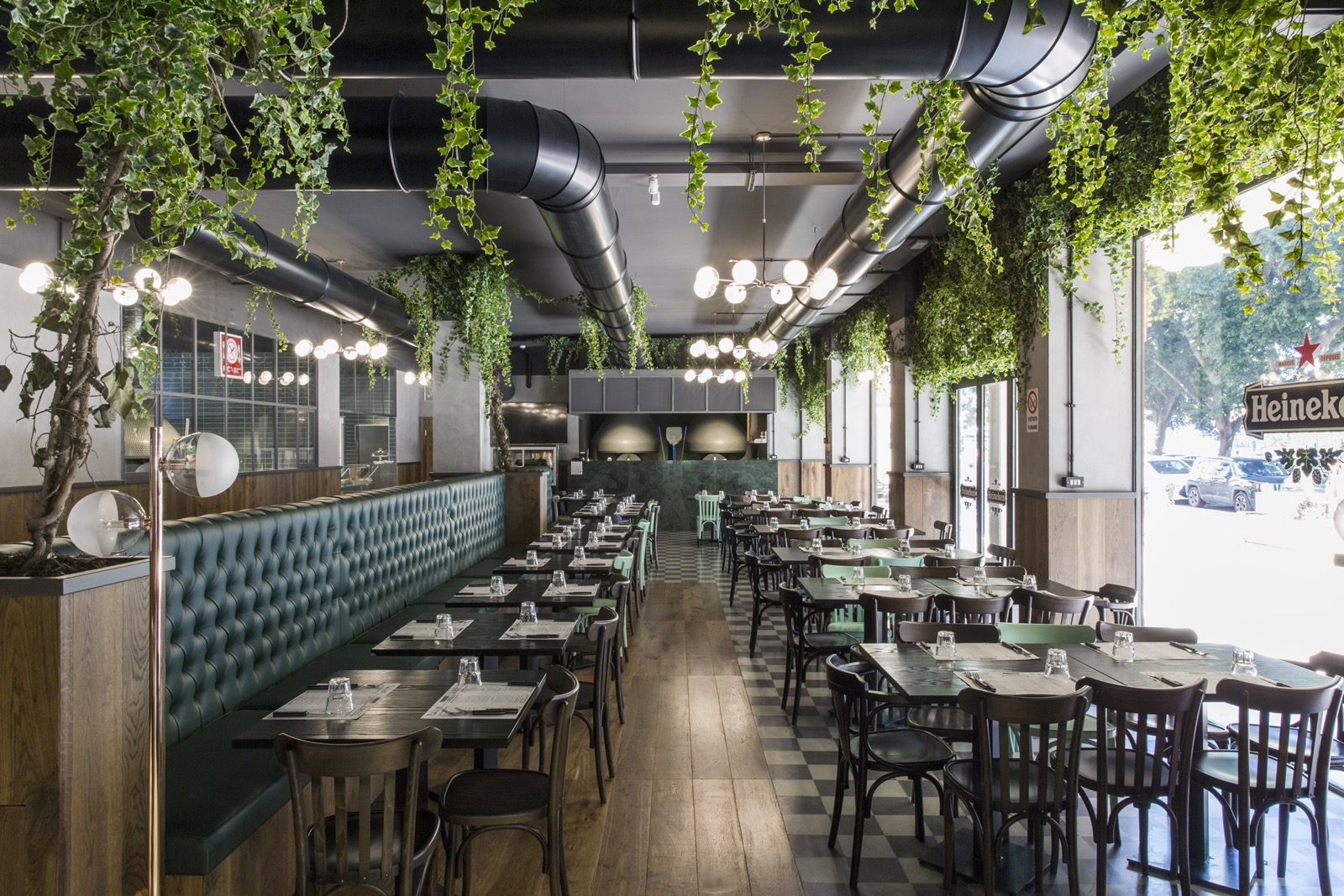 The venue is situated at the ground floor of a residential building at the crossing of two major city streets: the interior is wide and filled with light thanks to the large bright windows.
Its plan was particularly adapt to be a restaurant because it allowed to allocate the space for clients toward the streets , the kitchen and the other service rooms in the internal part.
The place is named Antica Birreria that means Ancient Brewery, since the client owns several restaurants with this name in Palermo, whose heavy design is something between northern european breweries and a lunch counter.

The interior design features noble and warm materials -among which oak wood largely used for the boiserie (interrupted by counters upholstered with green guatemala marble), for flooring (together with checkered tiles) and for benches upholstered with green leather reminiscent of diner style-as well as brass chandelier opposed to industrial style elements such as the iron profile on the upper edge of the boiserie, the gray cement resin for the walls, the electro-welded nets in which the ivy climbs and the exposed systems on the black ceiling.
The numerous pillars in the center of the rooms dedicated to the public have been camouflaged integrating them into the furnishings – boiseries and benches – and with climbing plants. 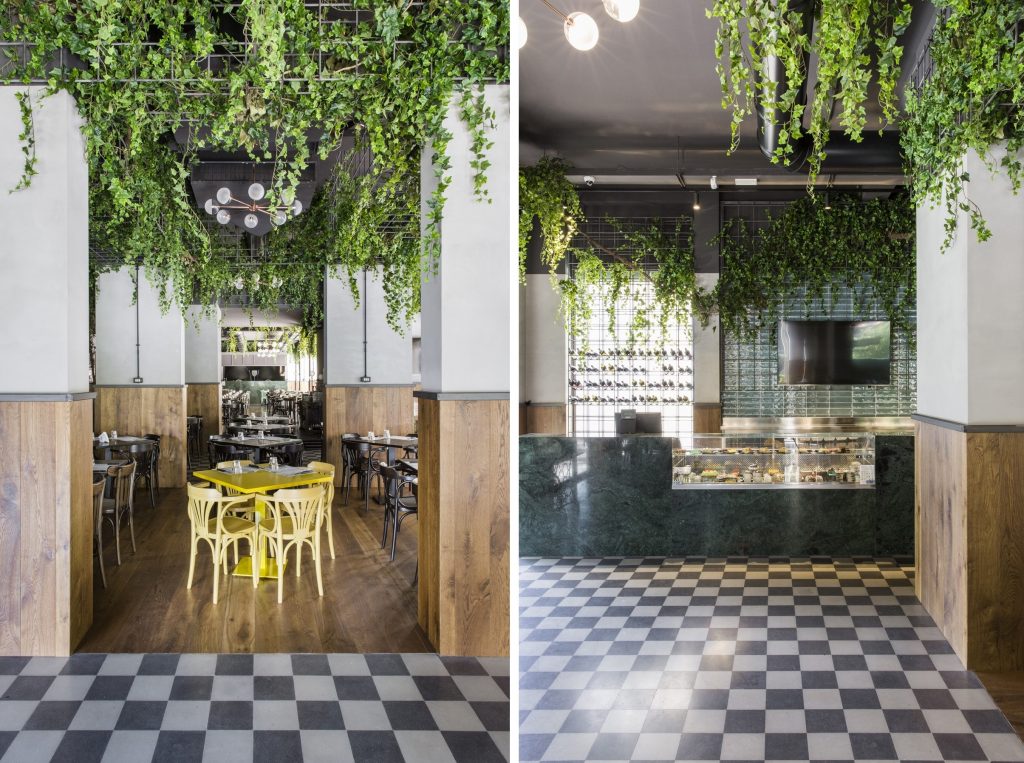 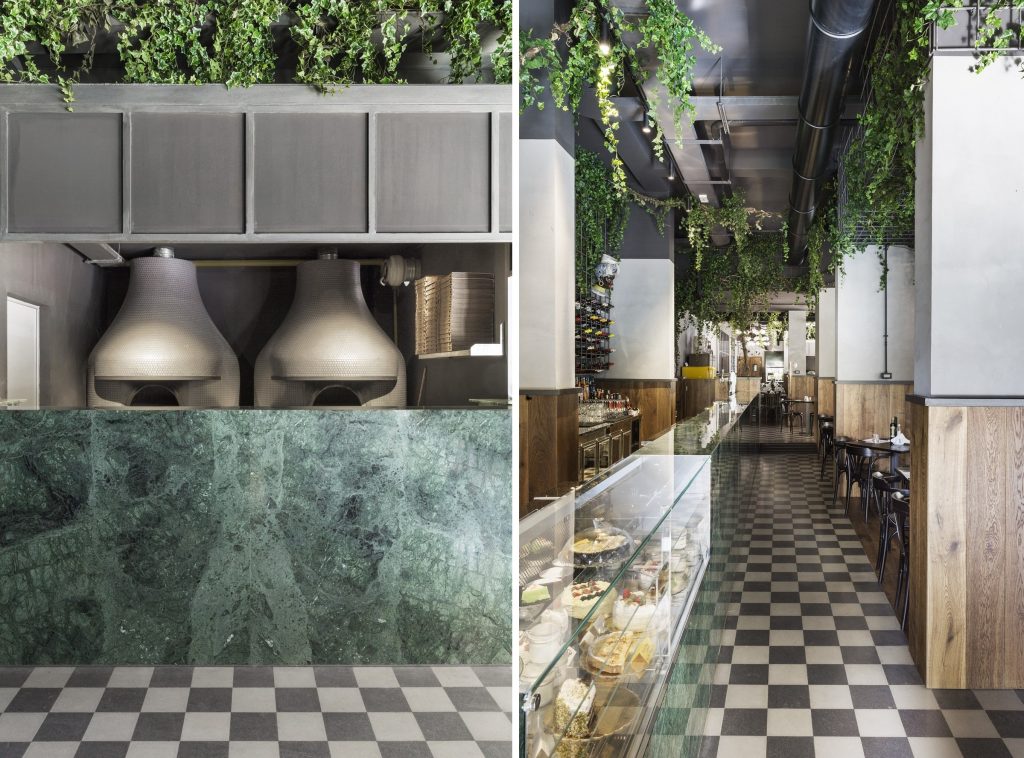 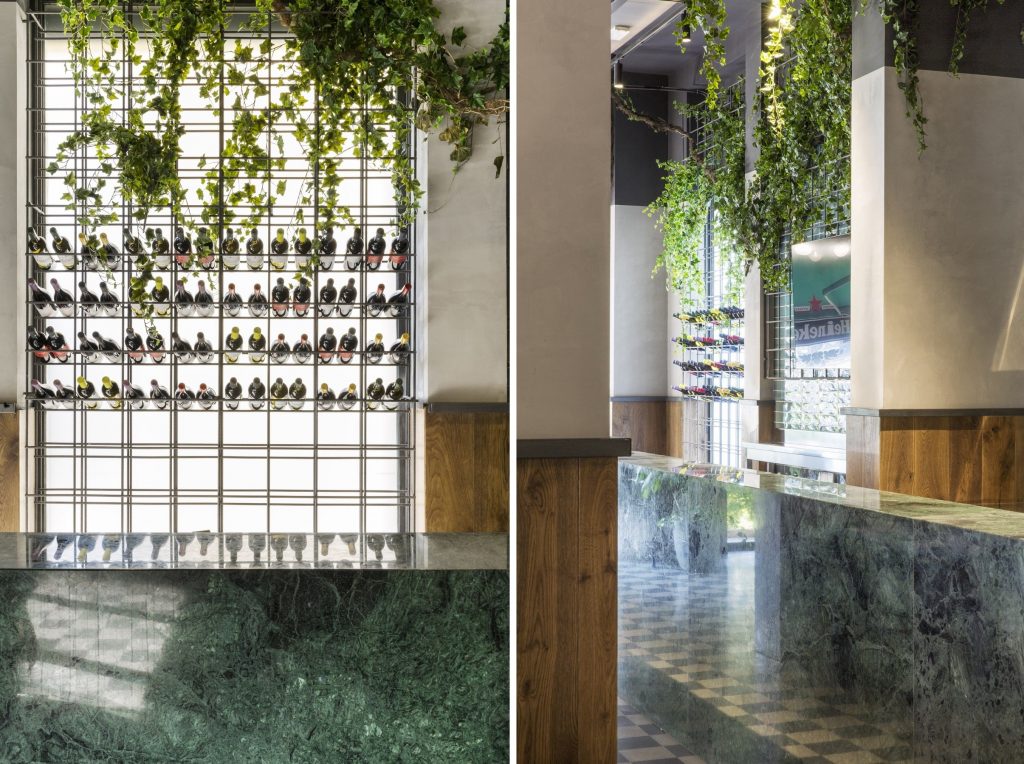 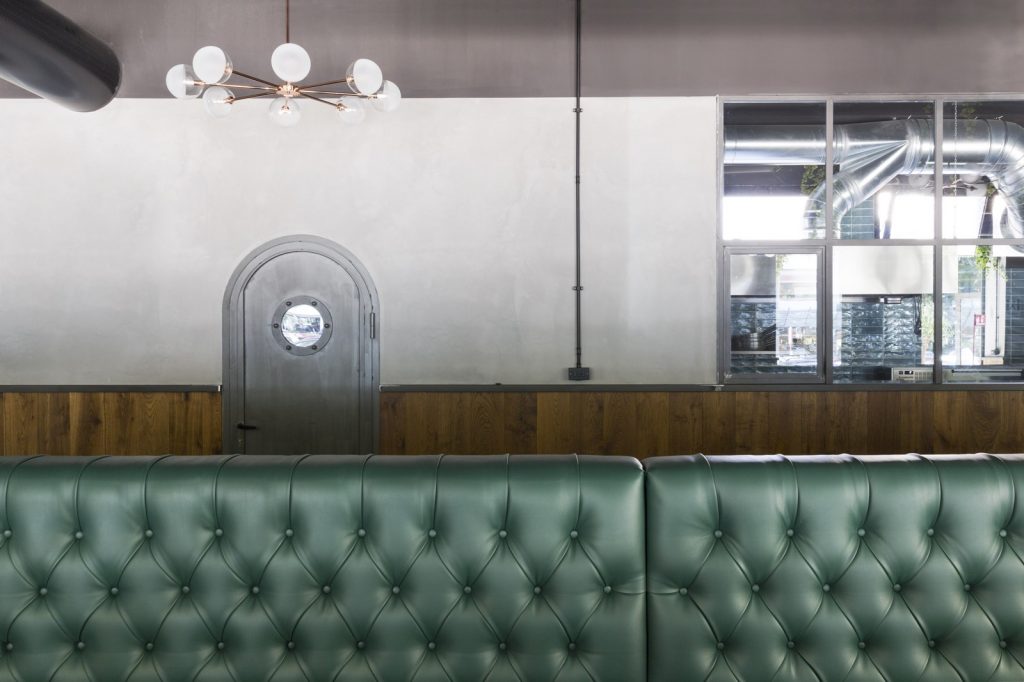 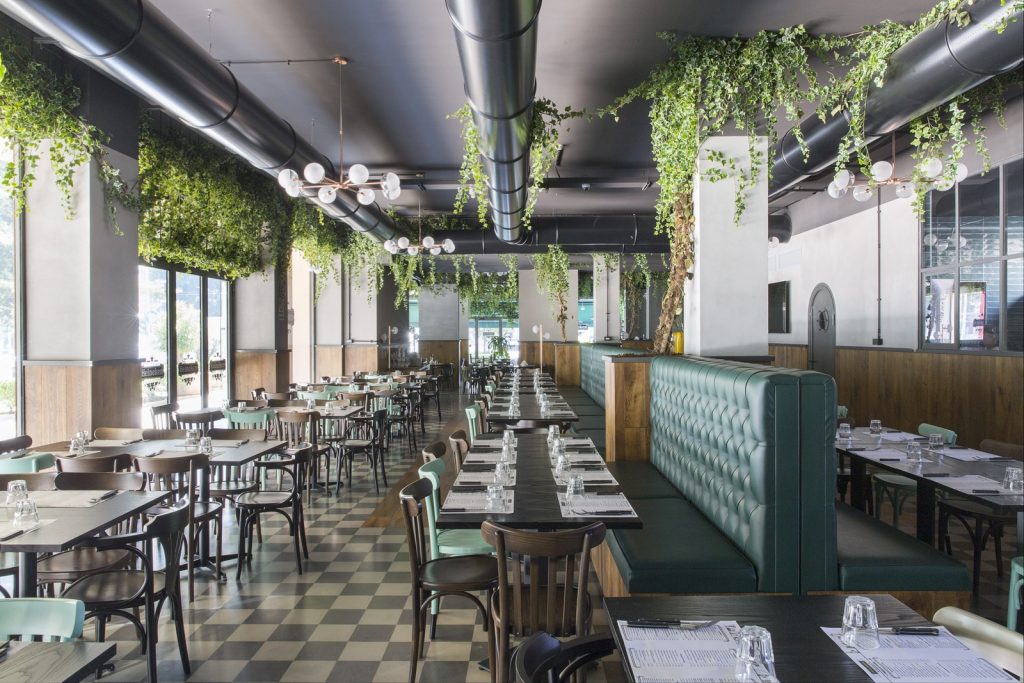 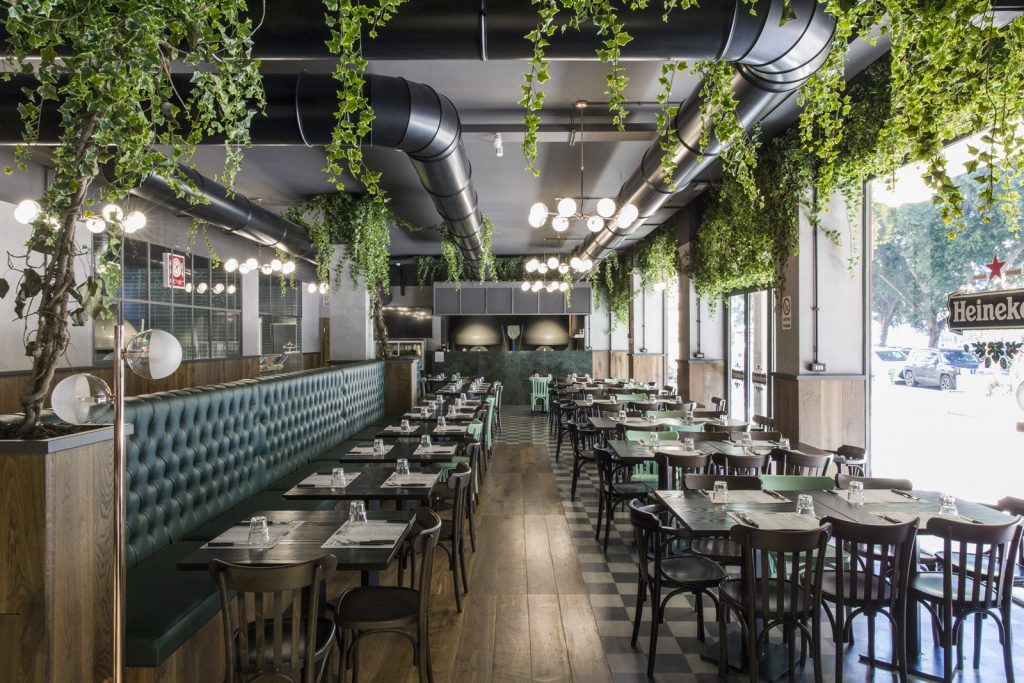 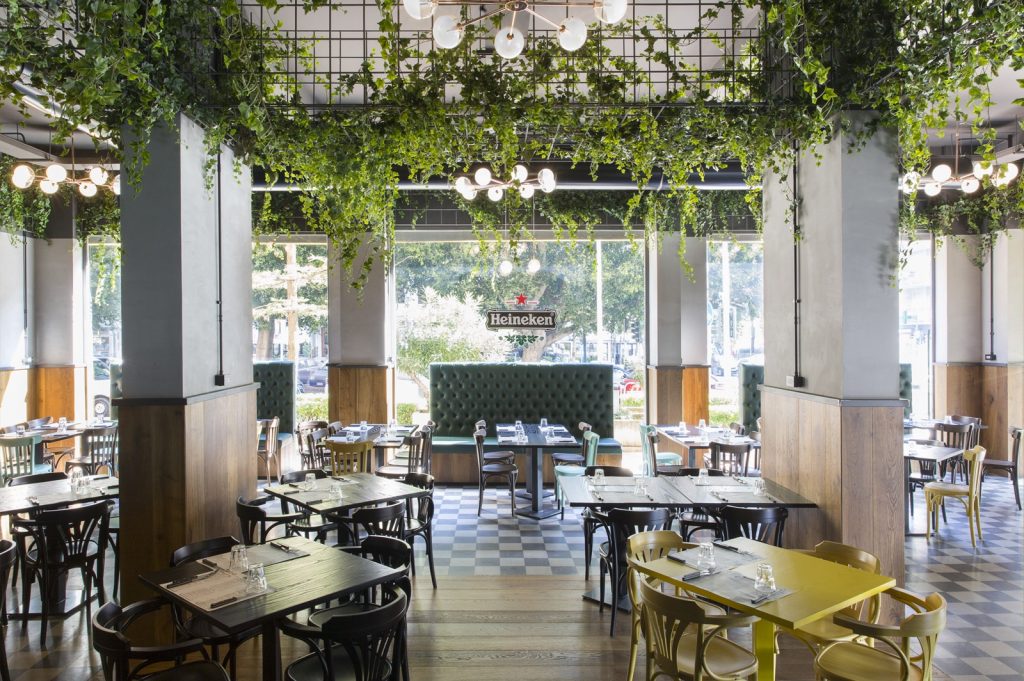 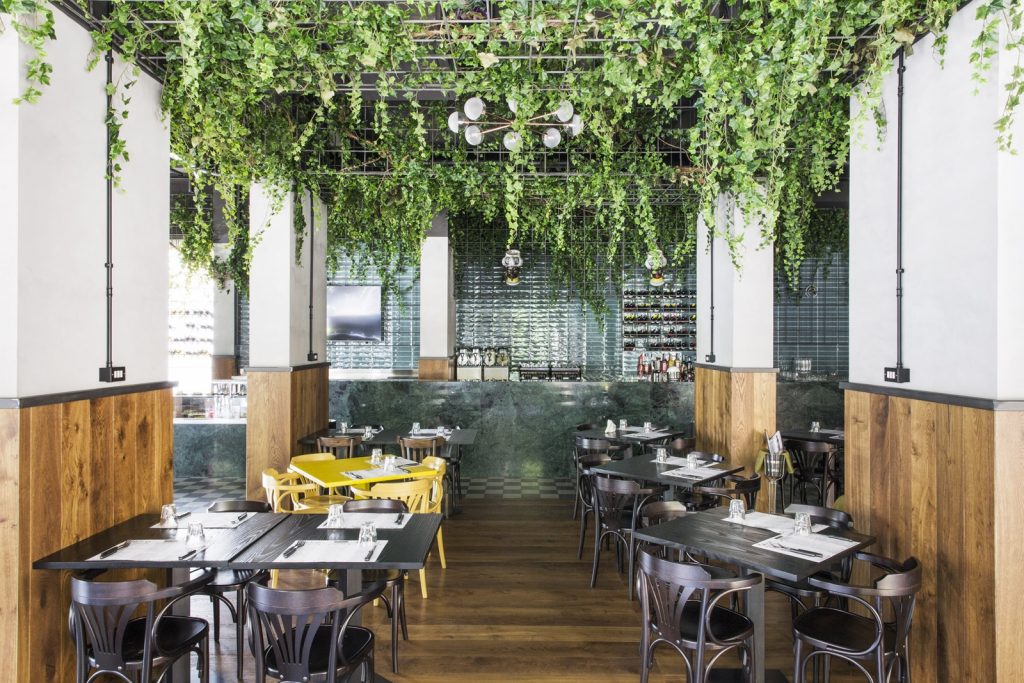