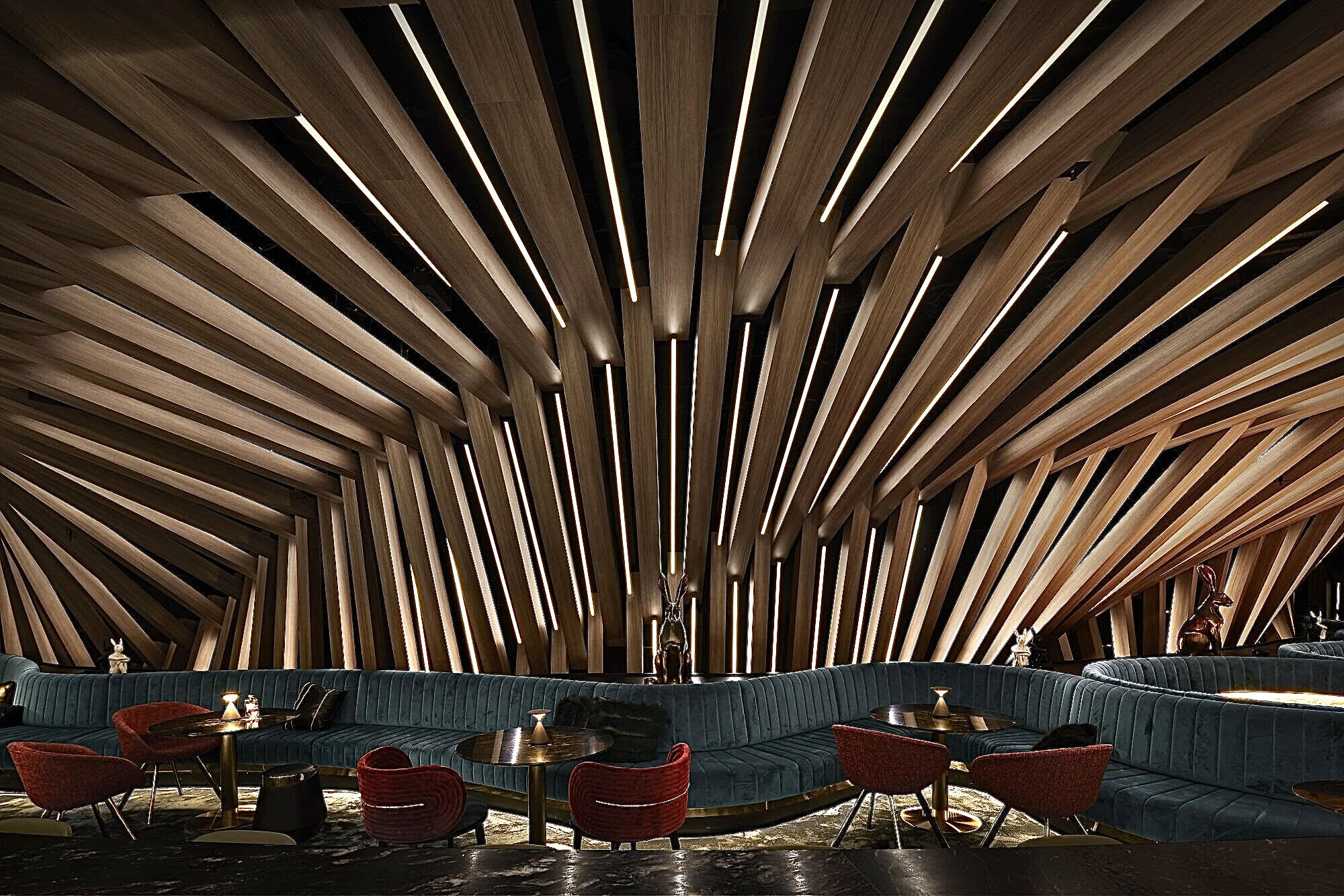 Located underground as part of the W Melbourne Hotel complex, yet intended to attract the general public as much as hotel guests, Curious Bar celebrates the city’s hidden culinary and artistic treasures, and invites everyone to embrace their inner child.

Even its entry from the hotel’s lobby is discreet—a striking sculpture crafted from Corian appears to show the wall ‘peeling back’ to reveal the inviting area beyond.

It’s a playful but sophisticated space that is designed to provoke a sense of wonder and discovery.
Once inside, visitors are enveloped in the room’s cocoon-like design, formed from timber beams in a parametric sequence, before being taken on a marvellous journey that feels like an odyssey into a new dimension.
Along the left-hand wall, plush banquet seating leads to a series of discreet booths and a DJ area. To the right is the feature bar that follows the curvature of the tunnel wall. The space flows effortlessly, while the back-of-house has been cleverly concealed to maximise workability and aesthetics.

With its rich colour palette, timber fittings and plush seating, Curious Bar is warm and inviting, permitting visitors to lose themselves in a fantasy world.
The space is lit to achieve a moody elegance, while a mirror at the end of the tunnel duplicates the room so that it appears to be never-ending. 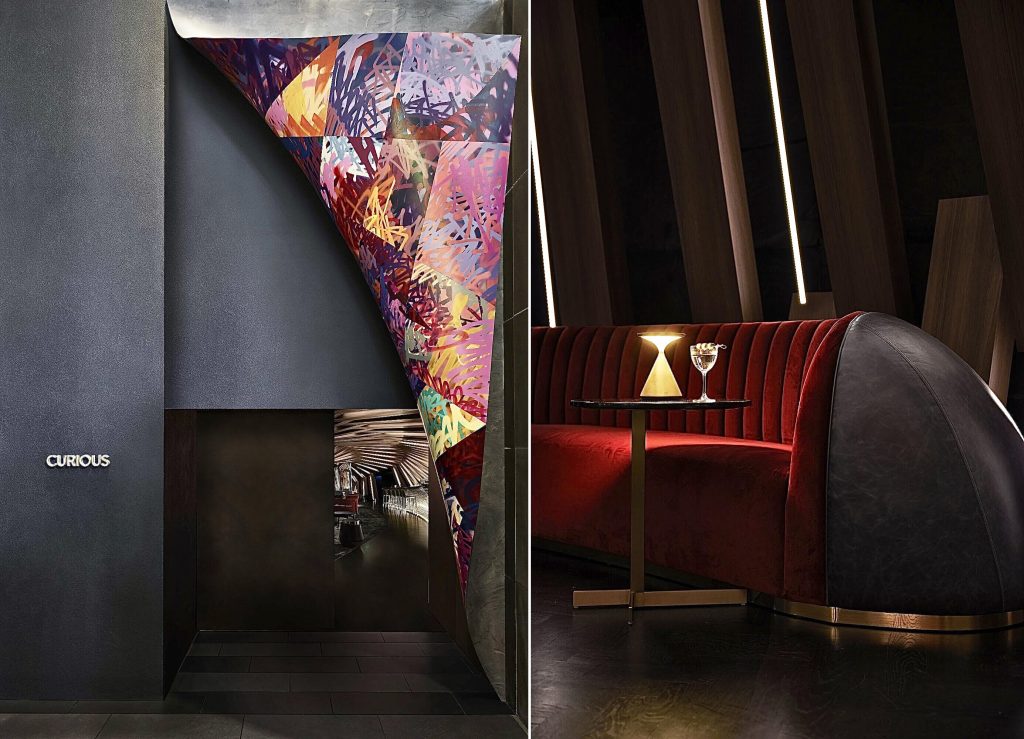 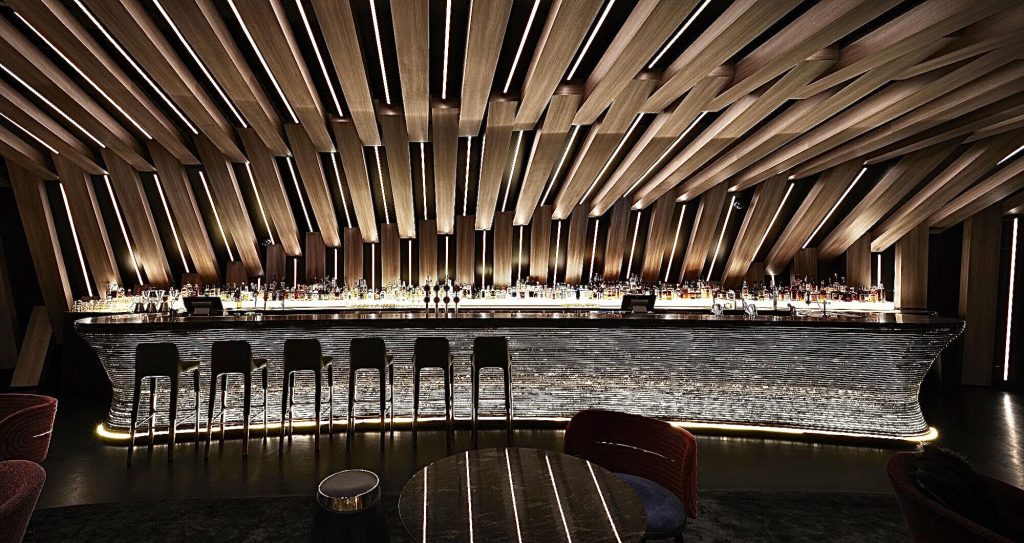 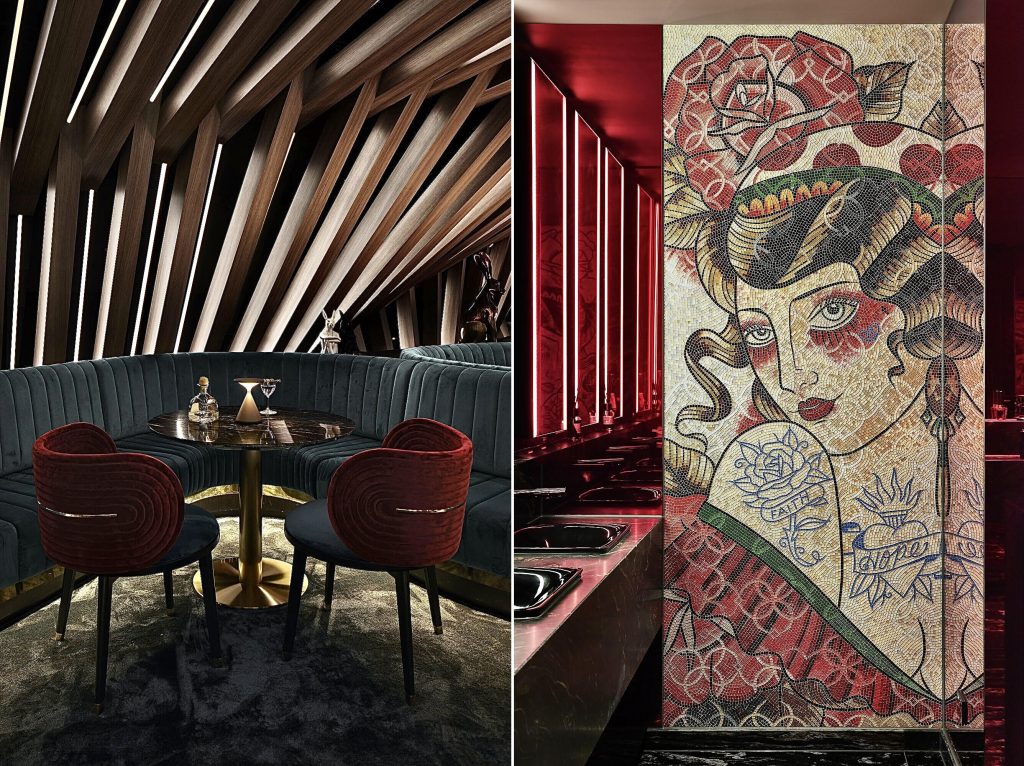 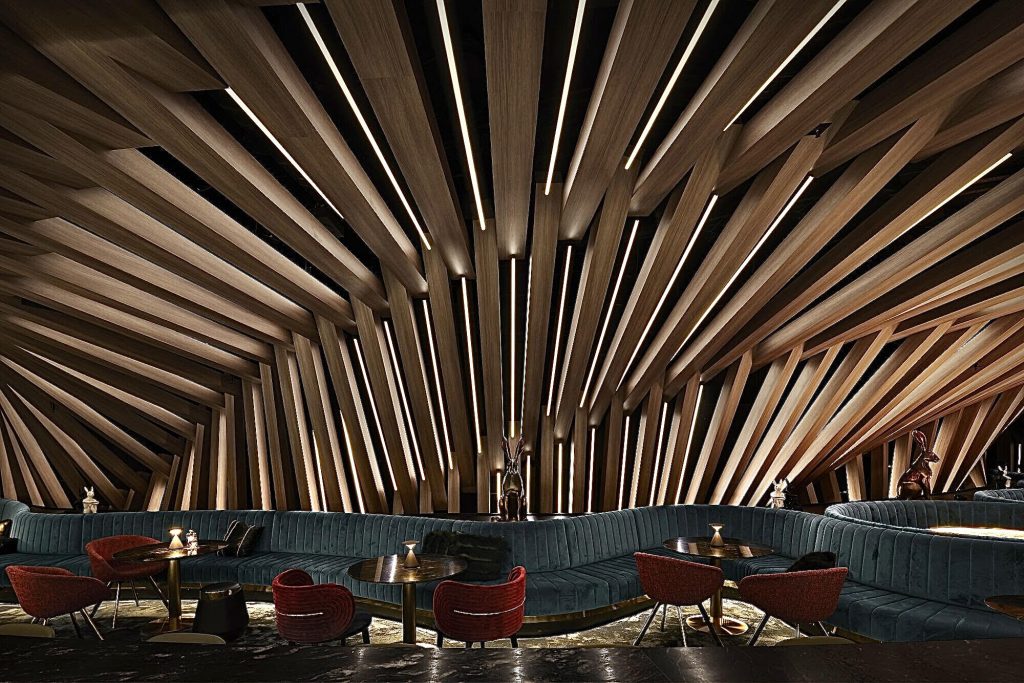 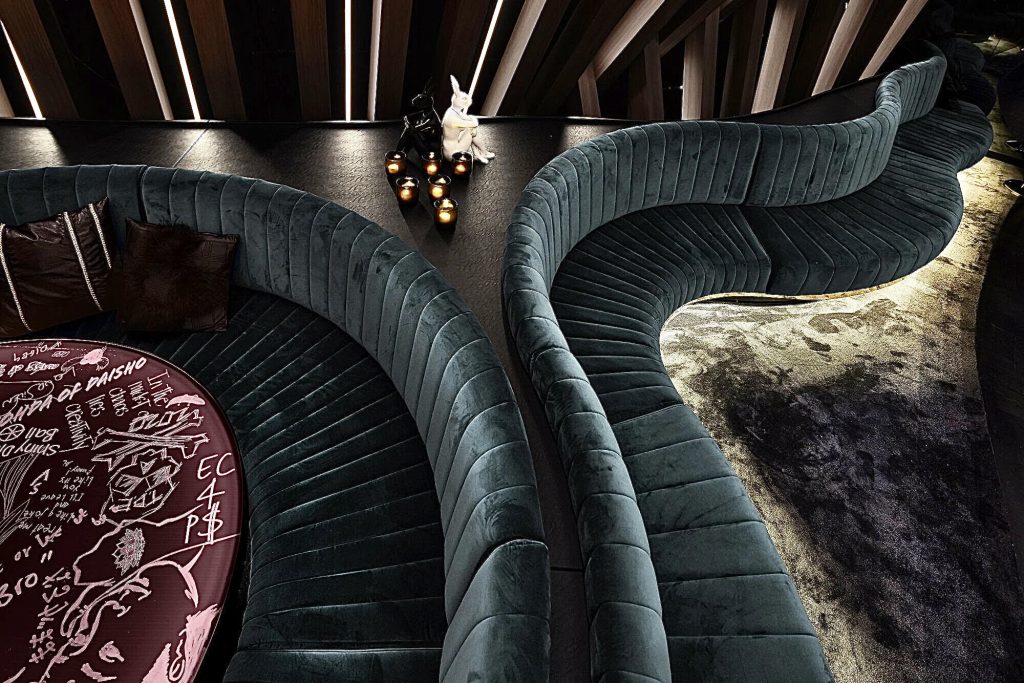