Sketch was inaugurated in 2002 by restaurateur, Mourad Mazouz, and three Michelin starred MasterChef, Pierre Gagnaire. As a destination for food, art and music the Mayfair venue continues to contribute to the building’s heritage as a destination for experimentation. The site consists of the Lecture Room & Library, the Parlour, the Glade, the East Bar, and the Gallery. The Lecture Room & Library was awarded its first Michelin star in 2005, a second star in 2012. The restaurant was recognised with Michelin’s top three stars accolade in 2019. 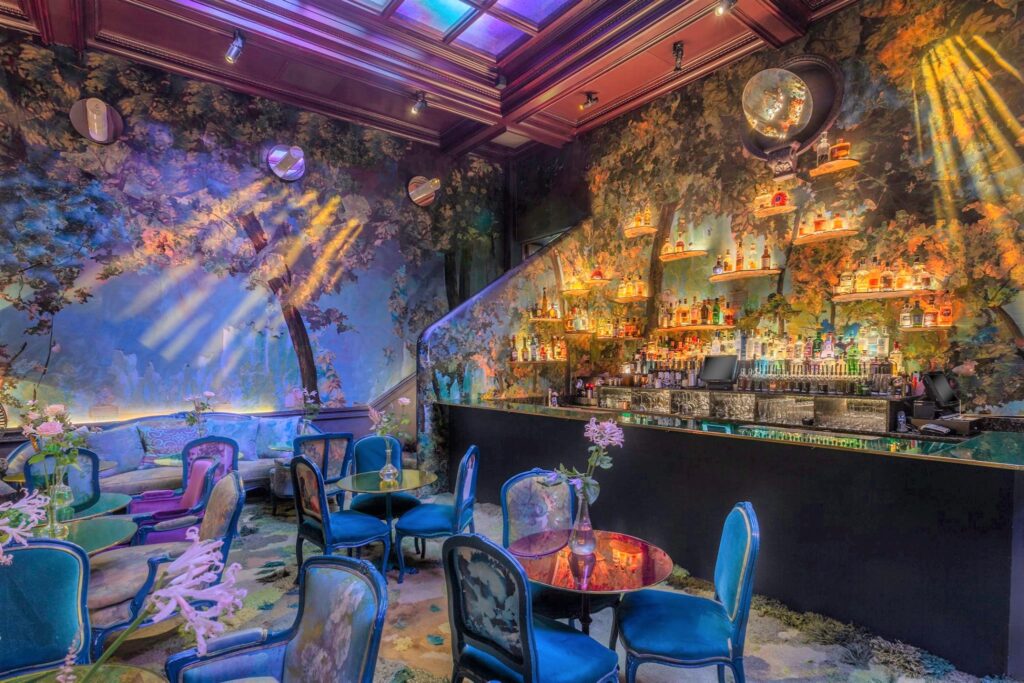 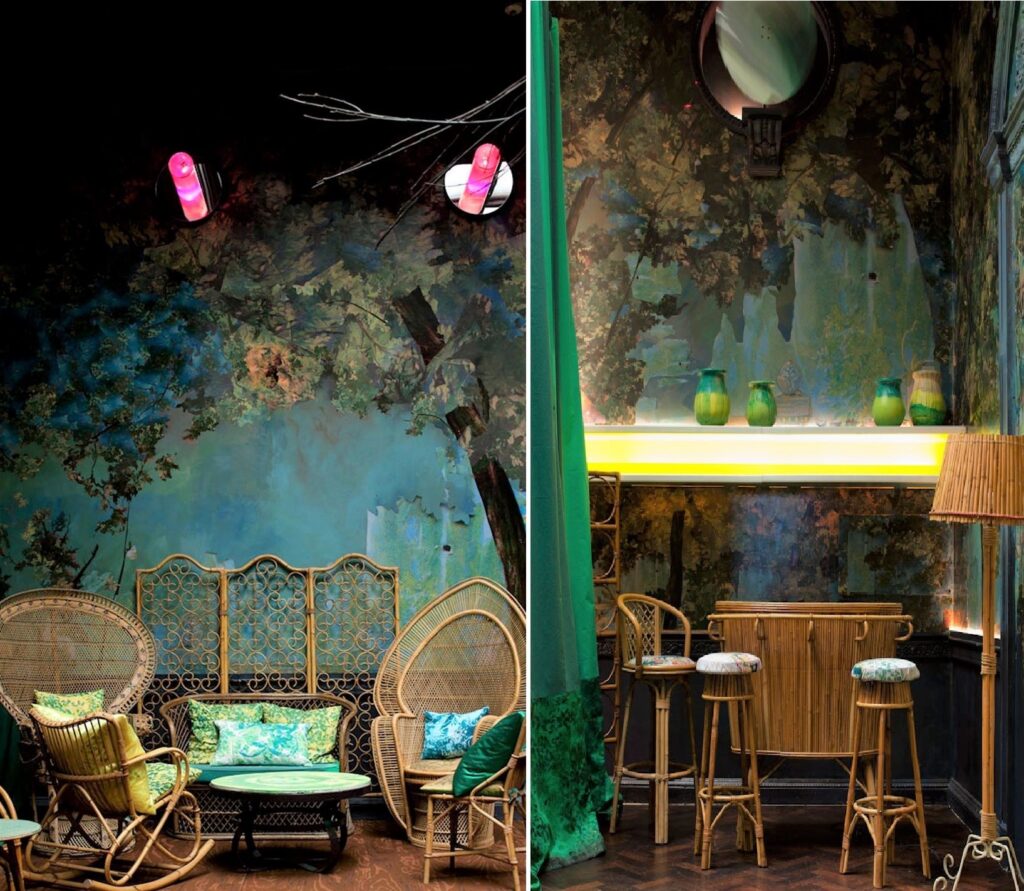 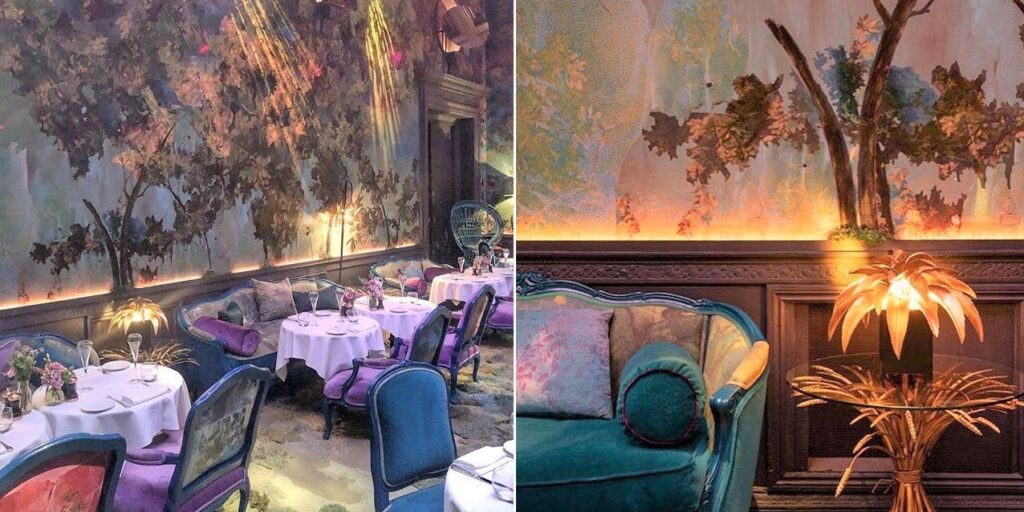 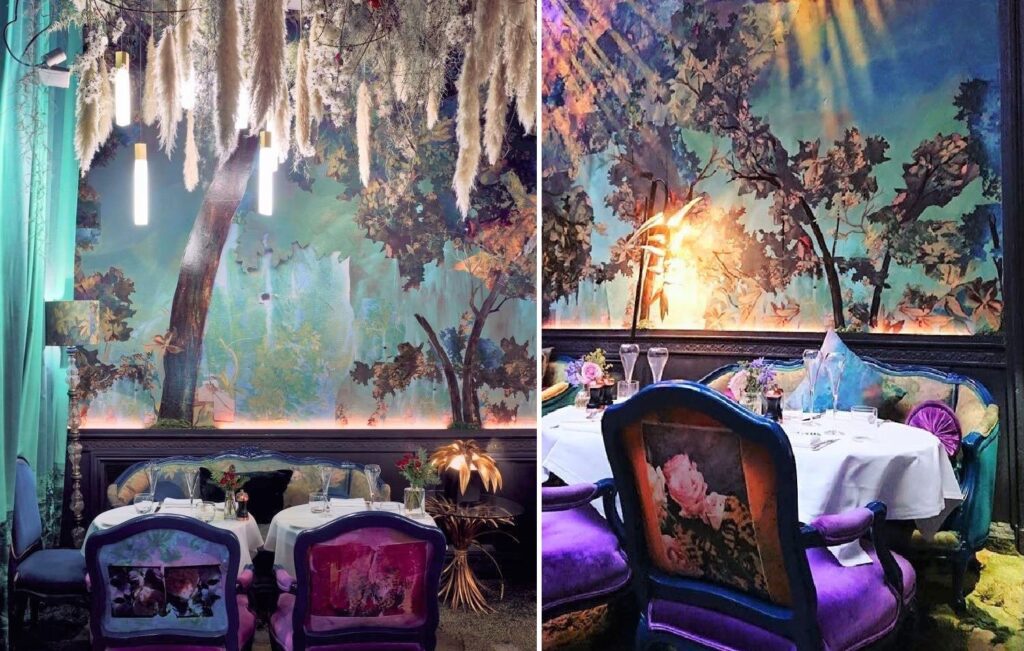 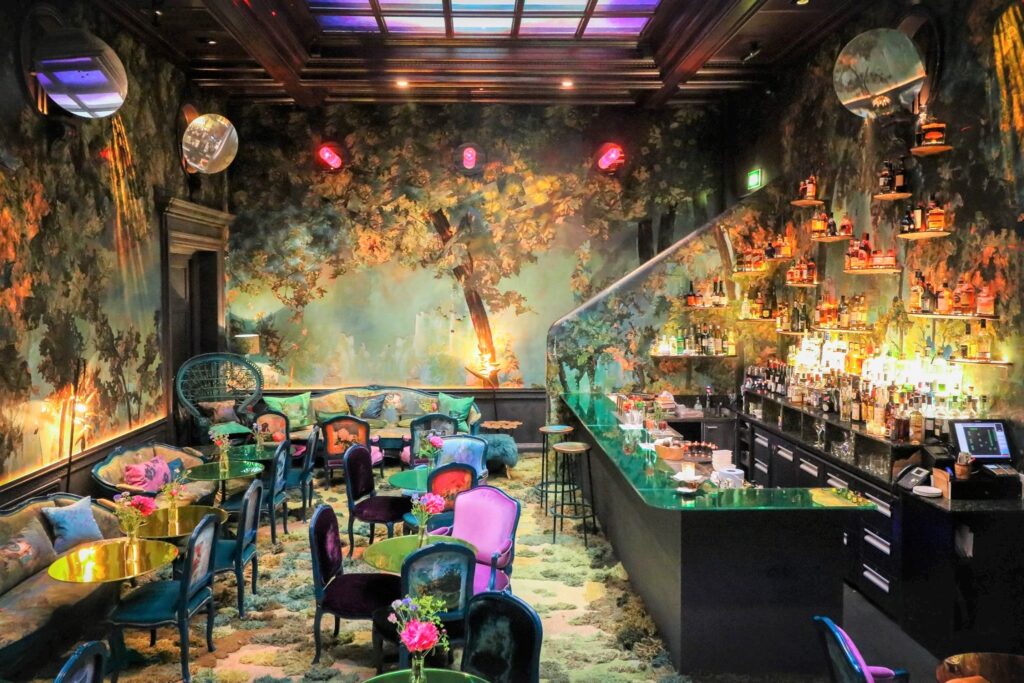 As the name suggests, the theme of The Glade, in the pics, is woodland: grass-like, deep pile carpet and tree-themed walls. There are also two fabulously fluffy pouffes at the entrance, although the colours – Cookie Monster blue, Oscar the Grouch green – suggest they’re the result of a hunting expedition down Sesame Street. It’s a wonderfully eccentric room though and, even with the skinned Muppets, soothing and restful. 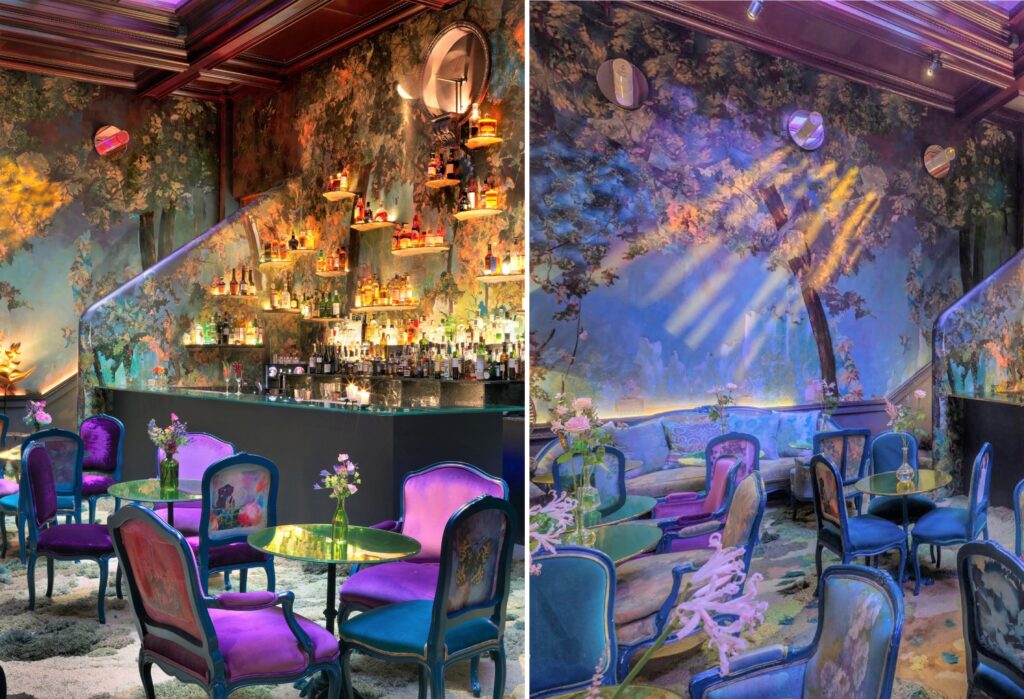 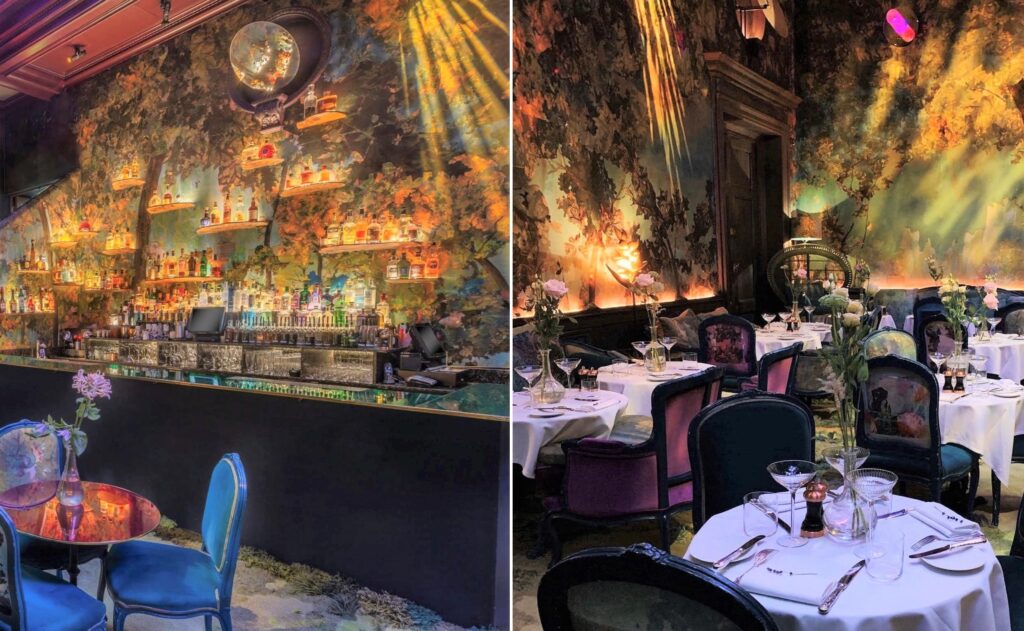 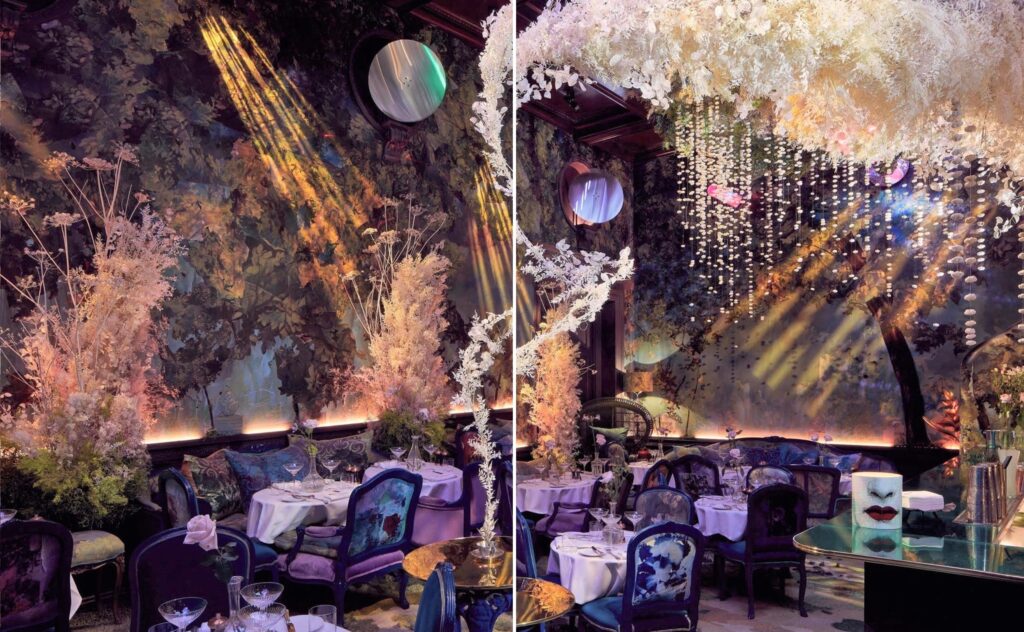 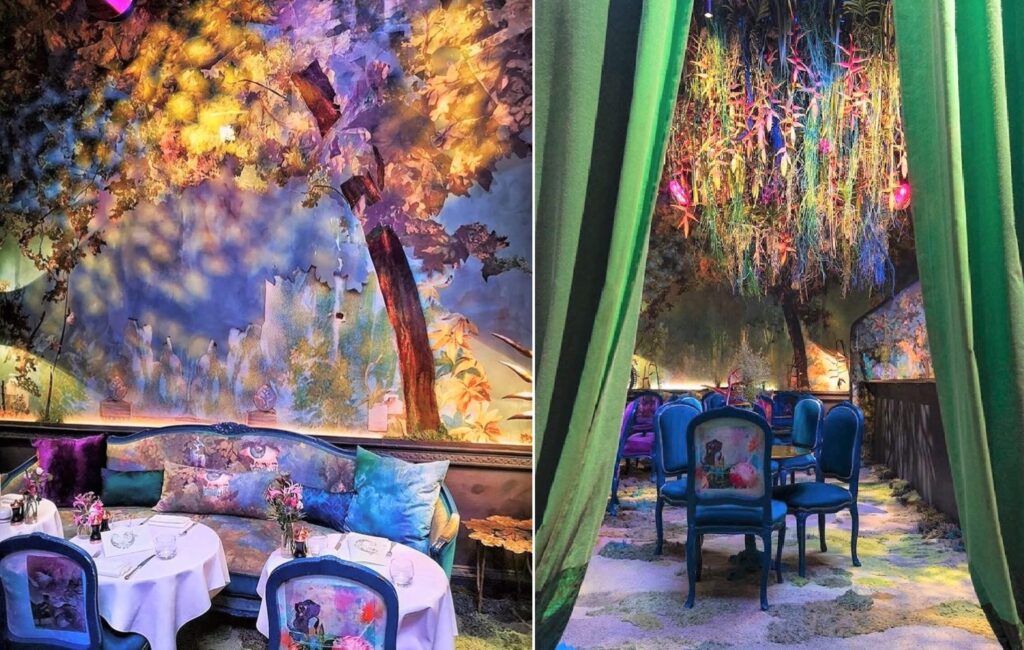