Pearl of Art Nouveau opened in 1906, Bouillon Julien is one of the most beautiful restaurants in Paris.
Everything here is the result of the artistic work of the greatest masters of their time. 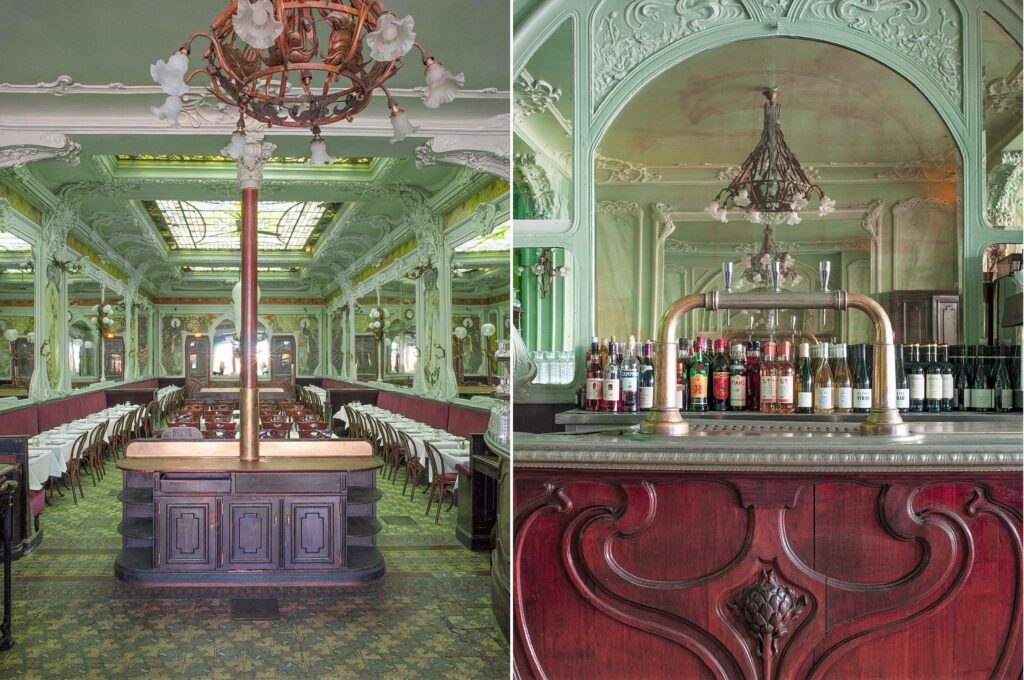 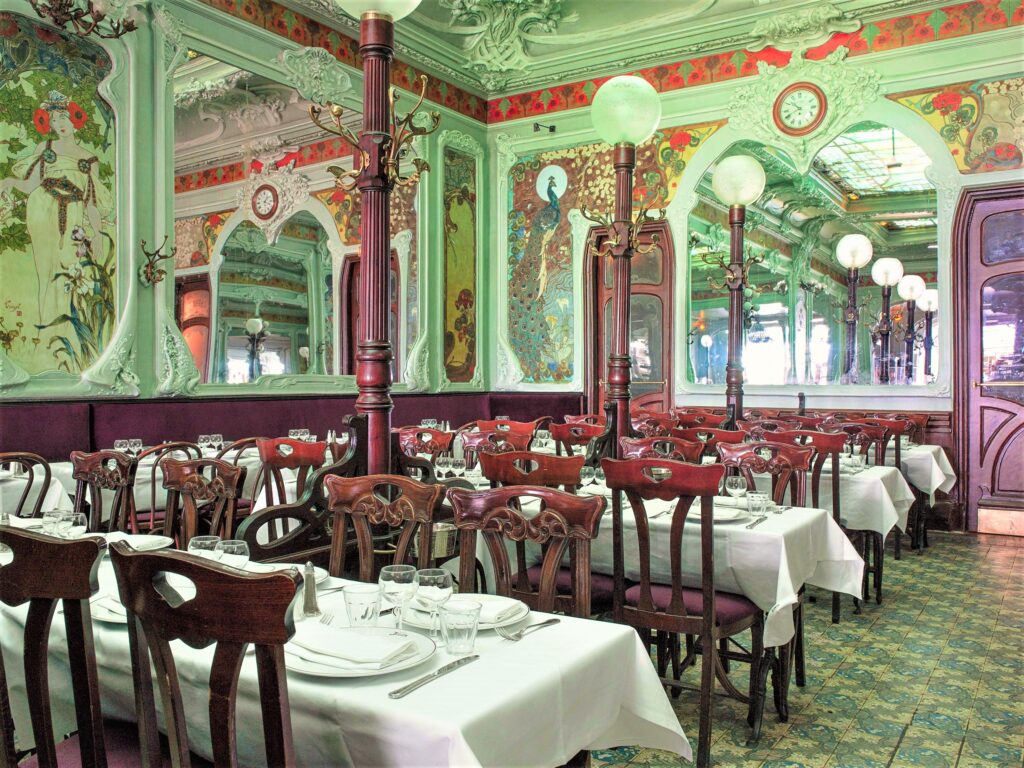 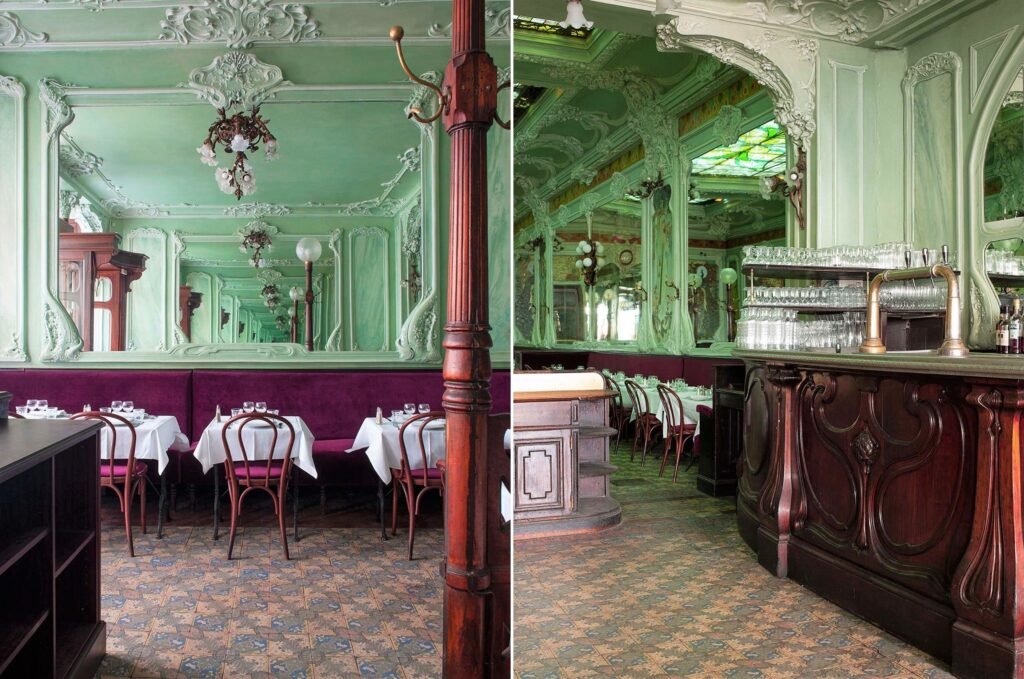 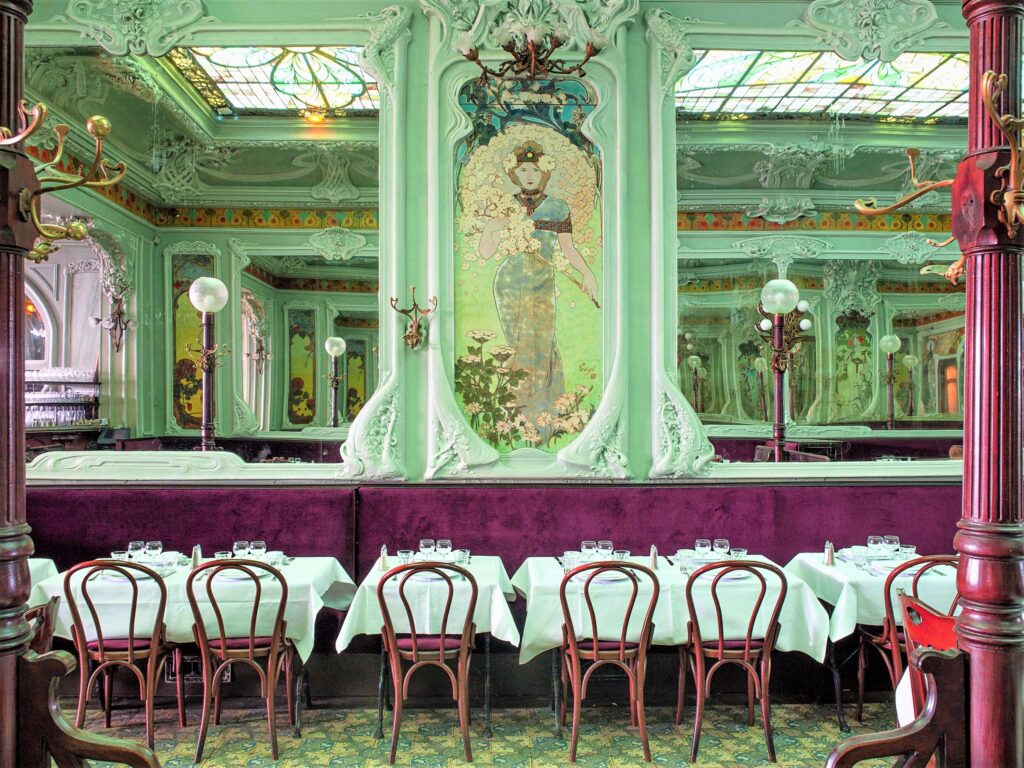 The master glassmaker Louis Trezel, inspired by the iconography of Alfons Mucha, produced 4 magnificent “flower women” there. These nymphs, symbolizing the four seasons are individually represented in four glass panels facing each other. The ceramicist Hippolyte Boulenger designed the patterns for the tiling there, a real carpet of flowers, with its association of geraniums and daisies. Charles Buffet (the father of the famous Bernard), for his part, made the designs for the glass roof, the realization of which was entrusted to Georges Guenne, a specialist in stained glass art, opportunely inhabitant of the district. Louis Majorelle, one of the most famous cabinetmakers of the Ecole de Nancy, was in charge of the furniture, including the spectacular Cuban mahogany bar covered with tin, still in use a century later! 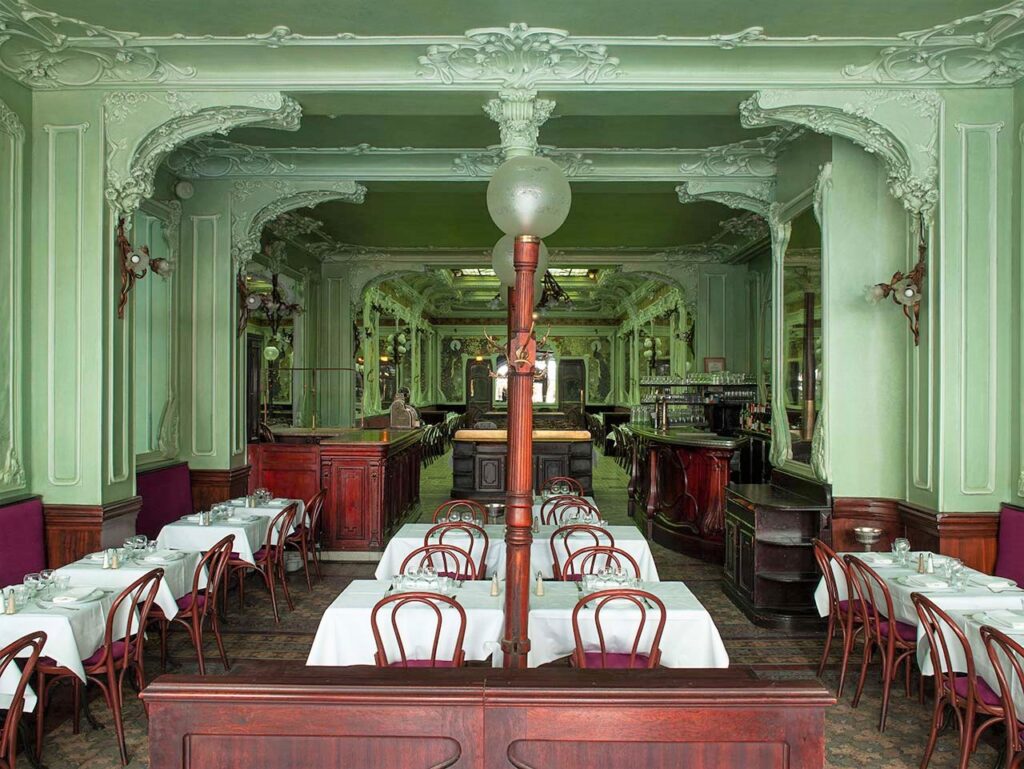 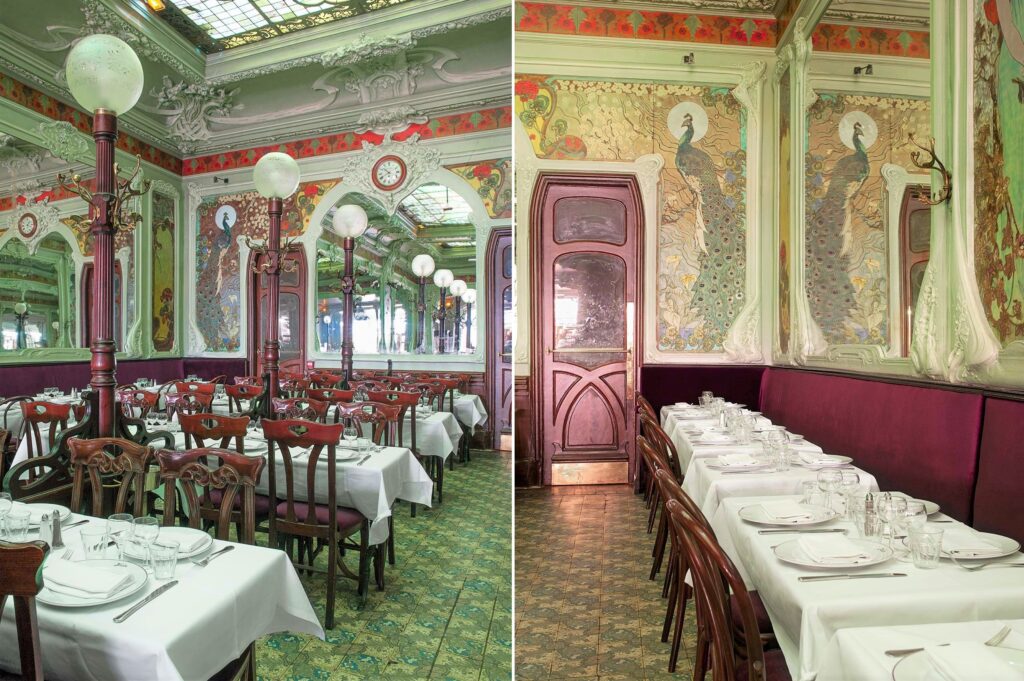 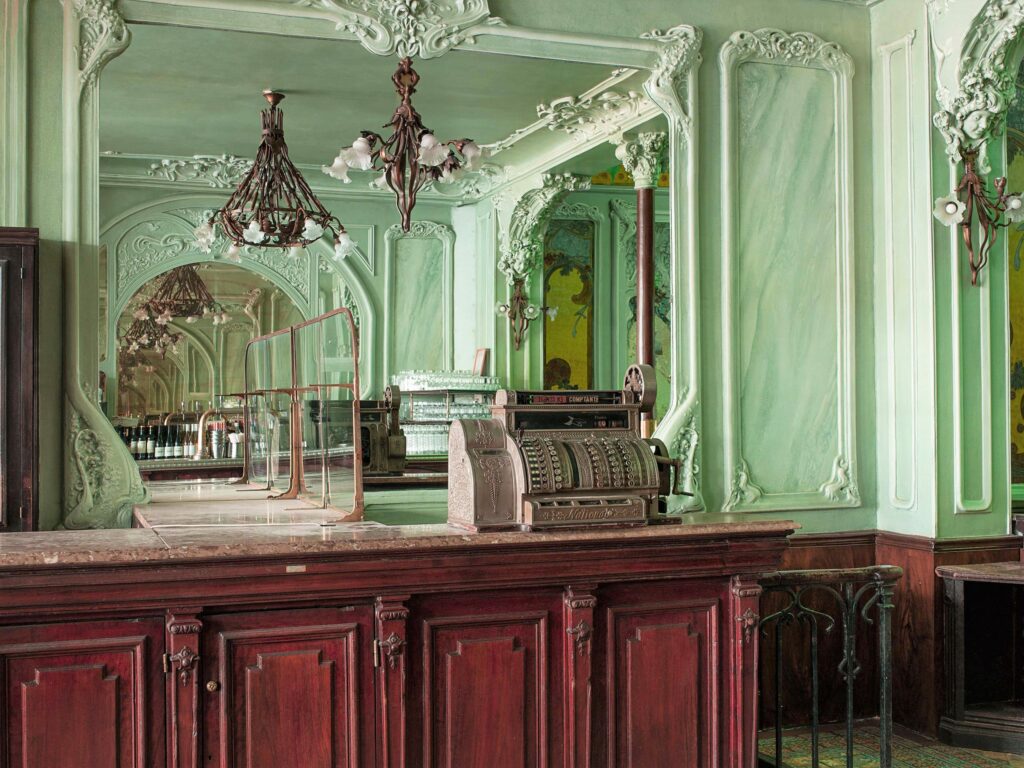 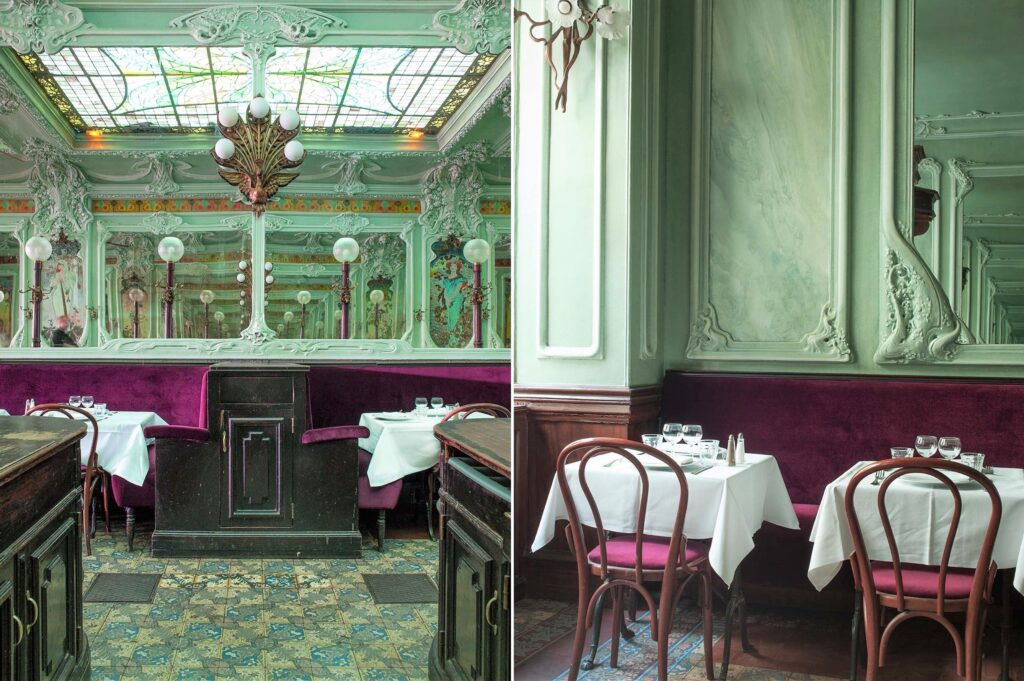 In 2018, the Guilde de Saint Luc, led by British designer John Whelan, undertook the renovation of Bouillon Julien, with the sole aim of seeking authenticity. During the initial phase of research, they made a fascinating discovery: a stratigraphy of the painting revealed that the original color of the walls, which everyone imagined in the beiges, was in fact a “Celadon” green. 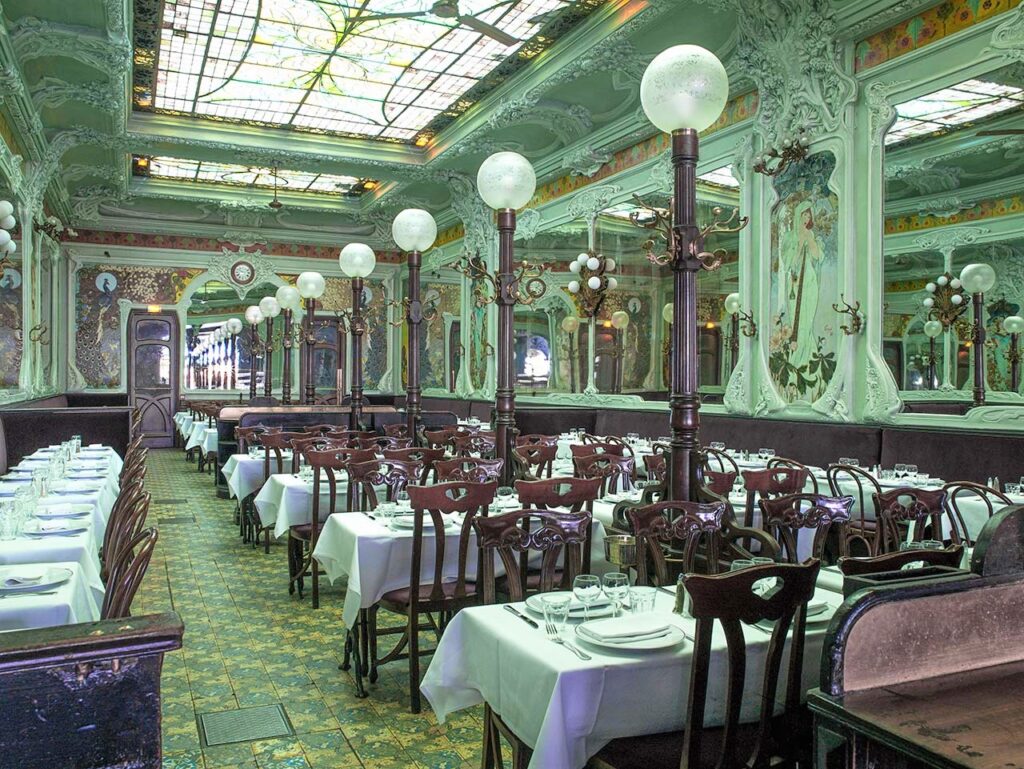 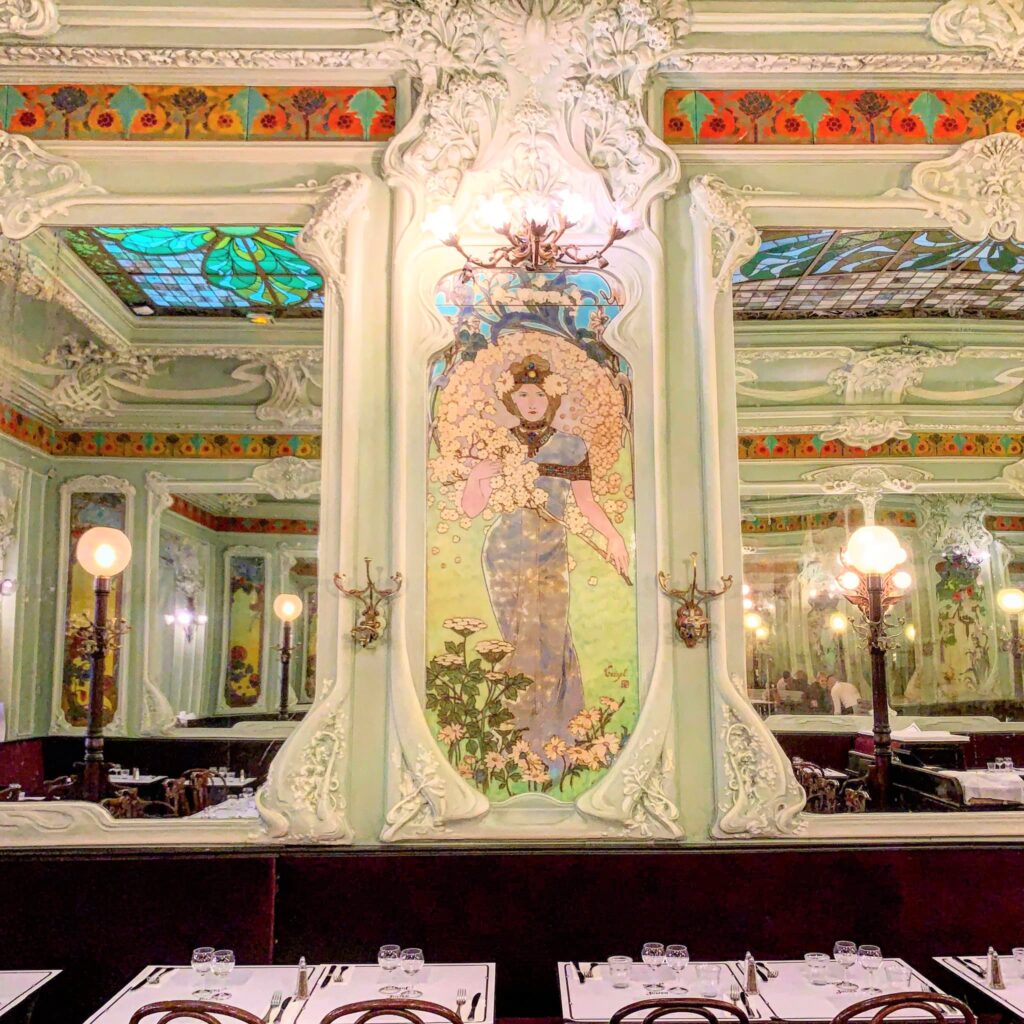 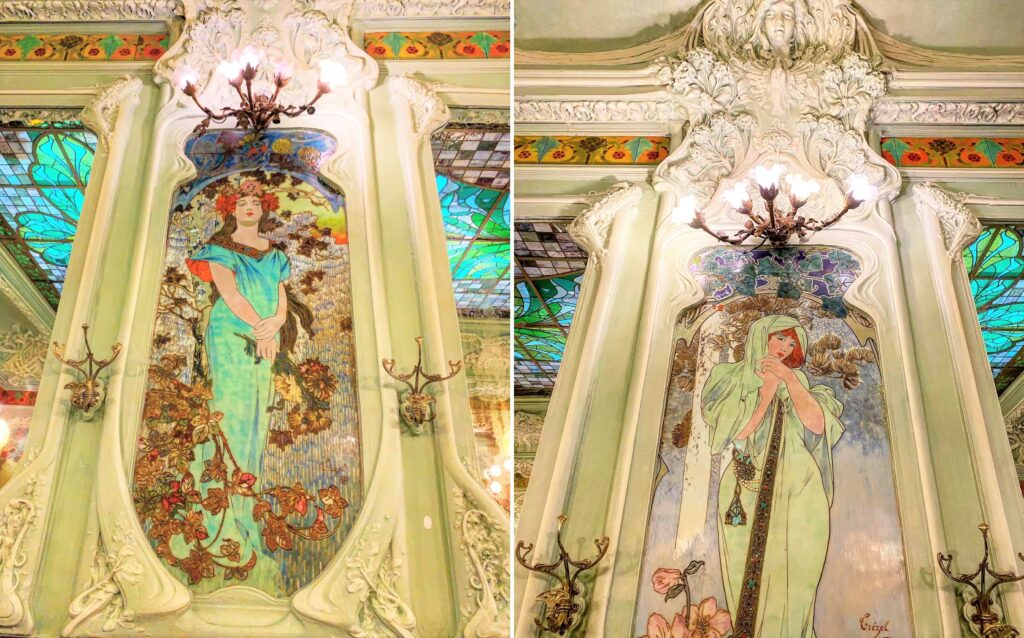 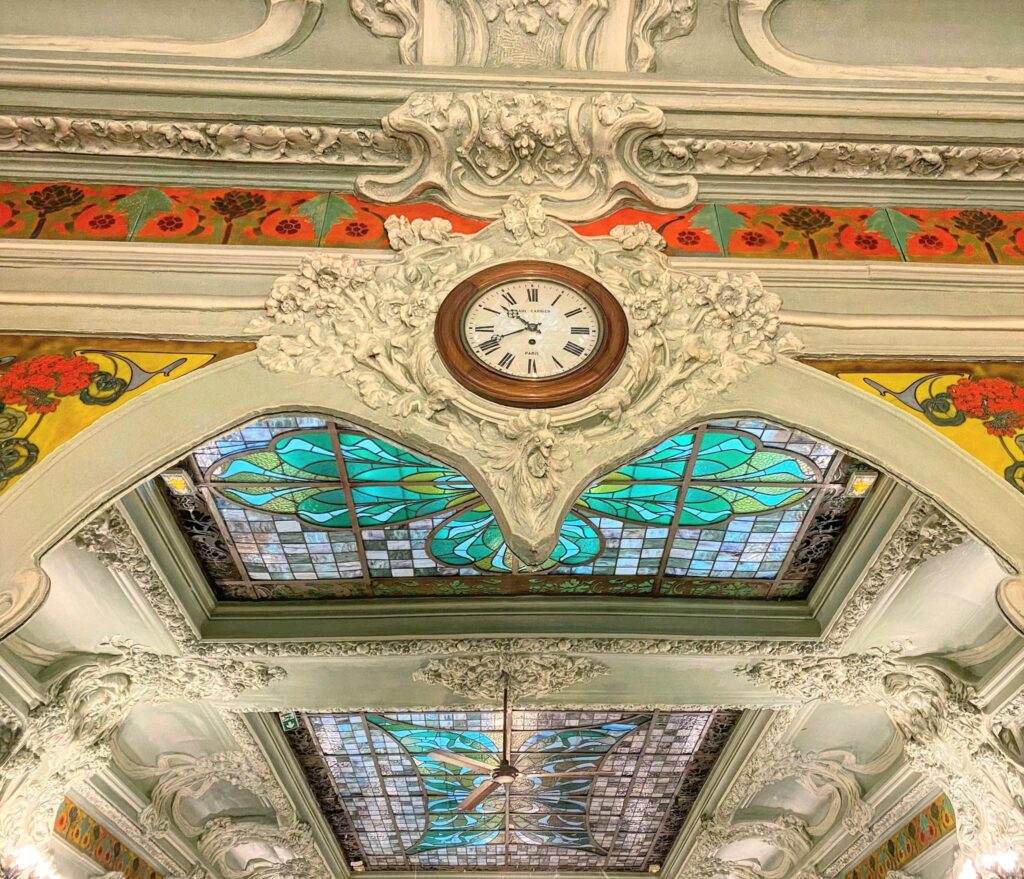 Bouillon Julien is now fully repainted in this emblematic color of the Art Nouveau movement. All the ornaments now regain their meaning and consistency.