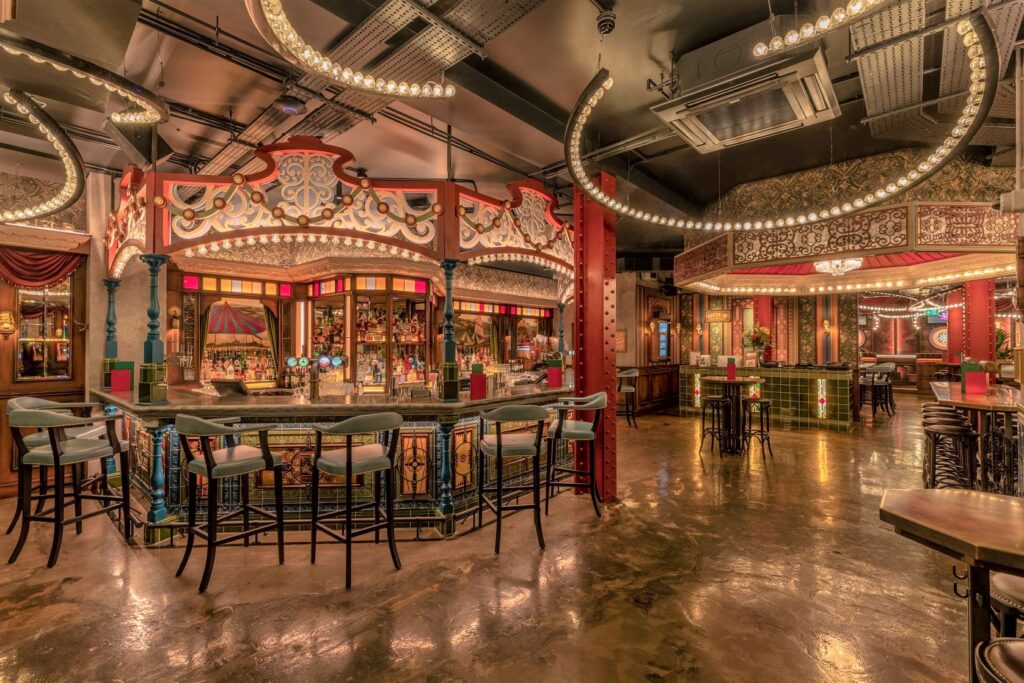 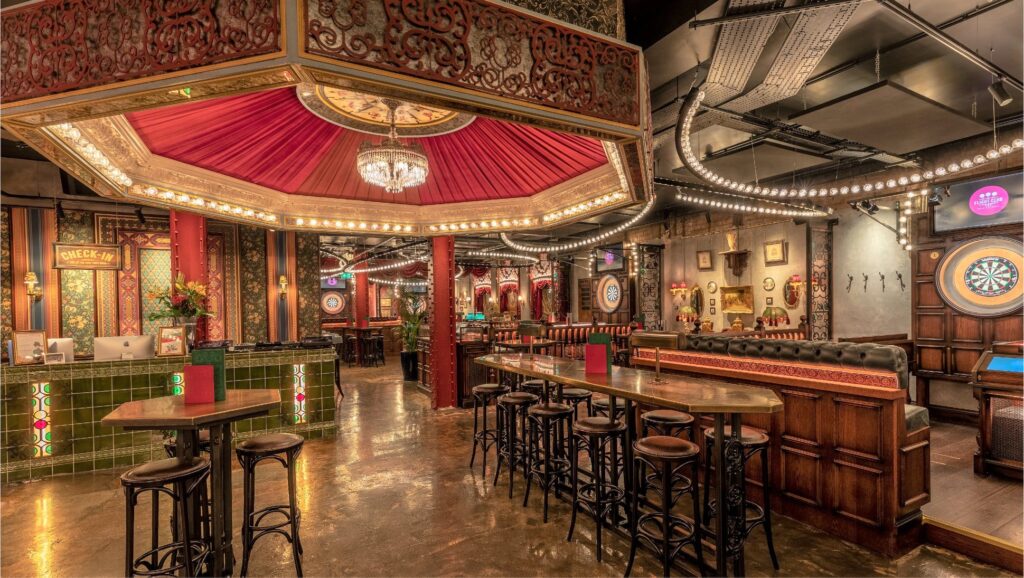 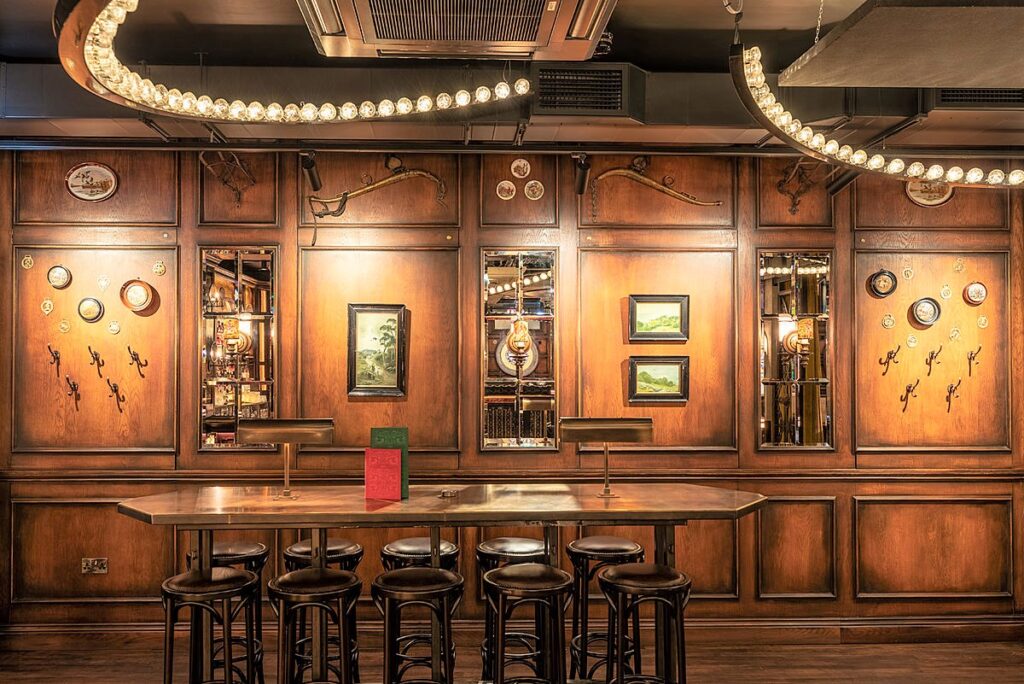 The concept for the ground floor is based around the idea of the fairground penchant for a ‘trick of the eye’. The design scheme is an exploration of the beginnings of animation and the moving image in the context of the Victorian fairground. 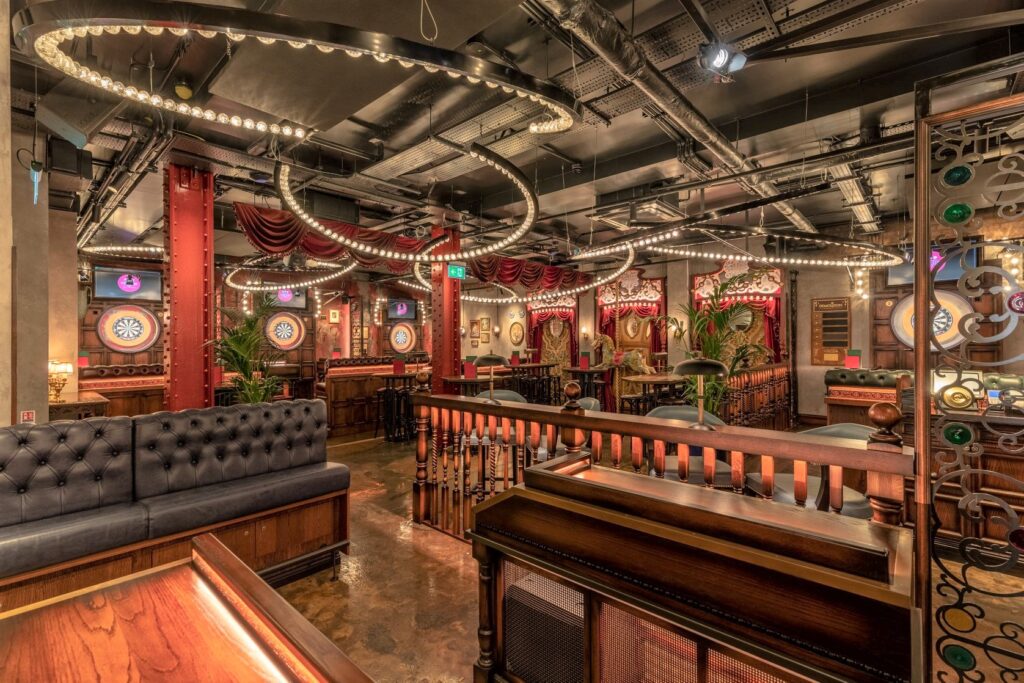 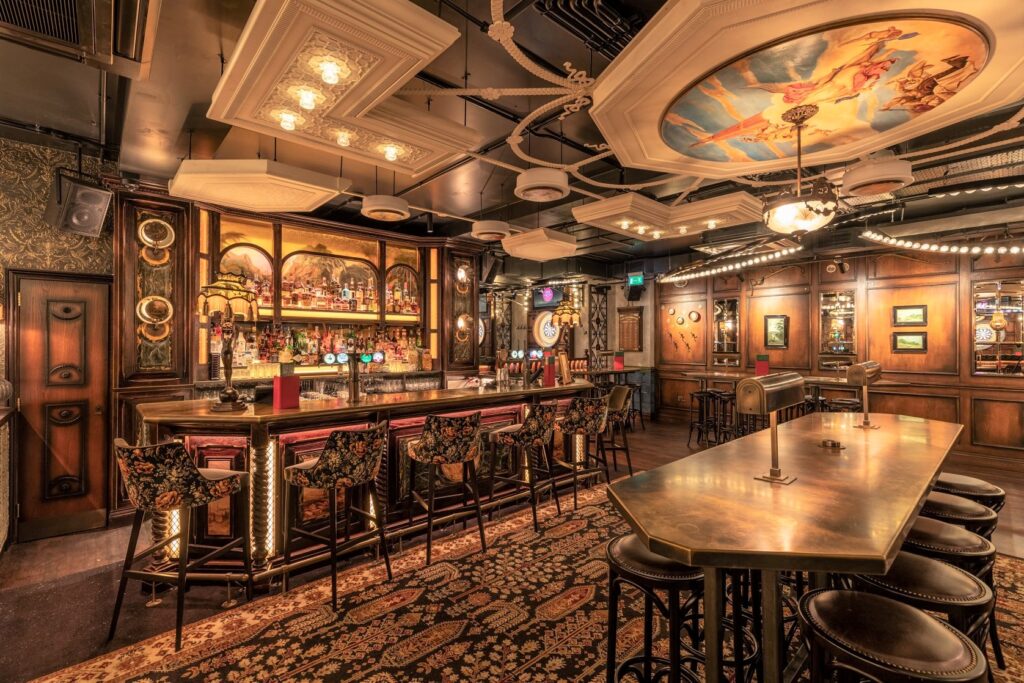 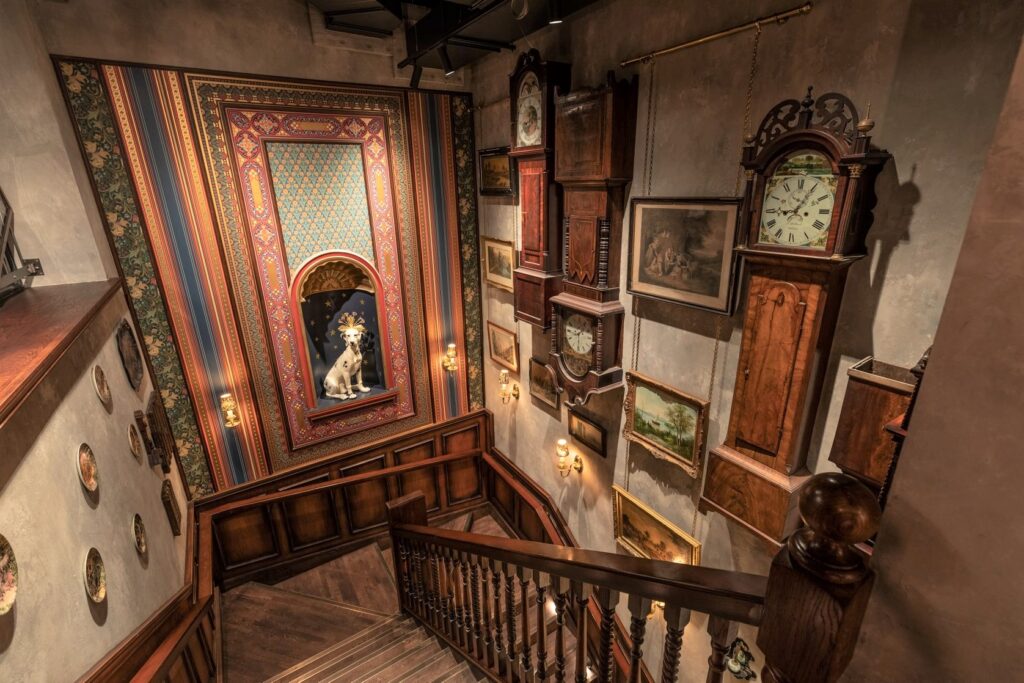 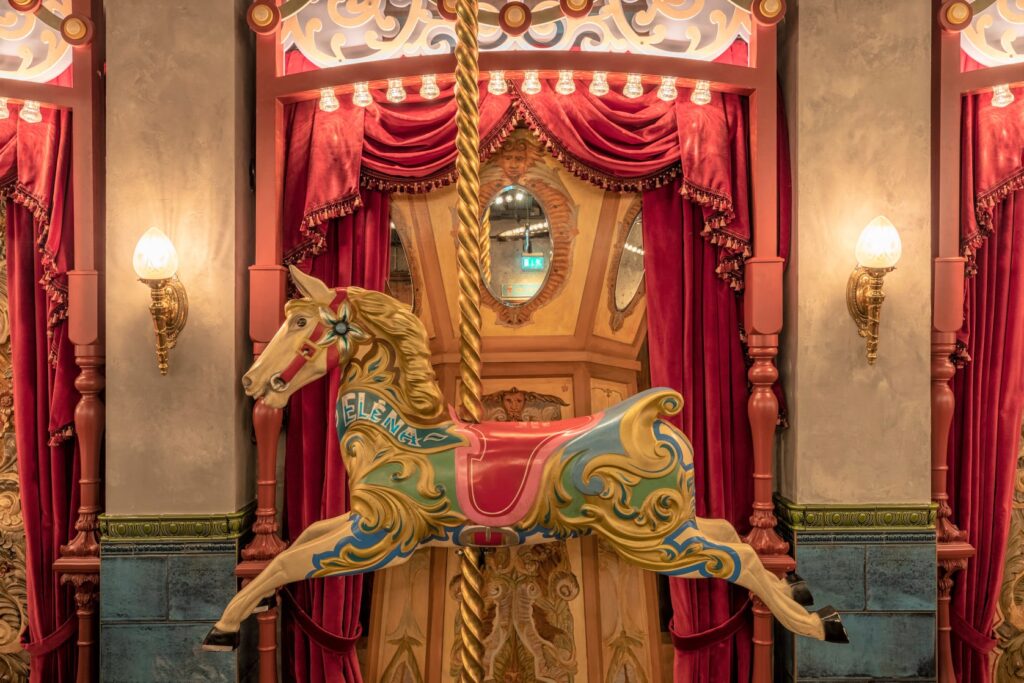 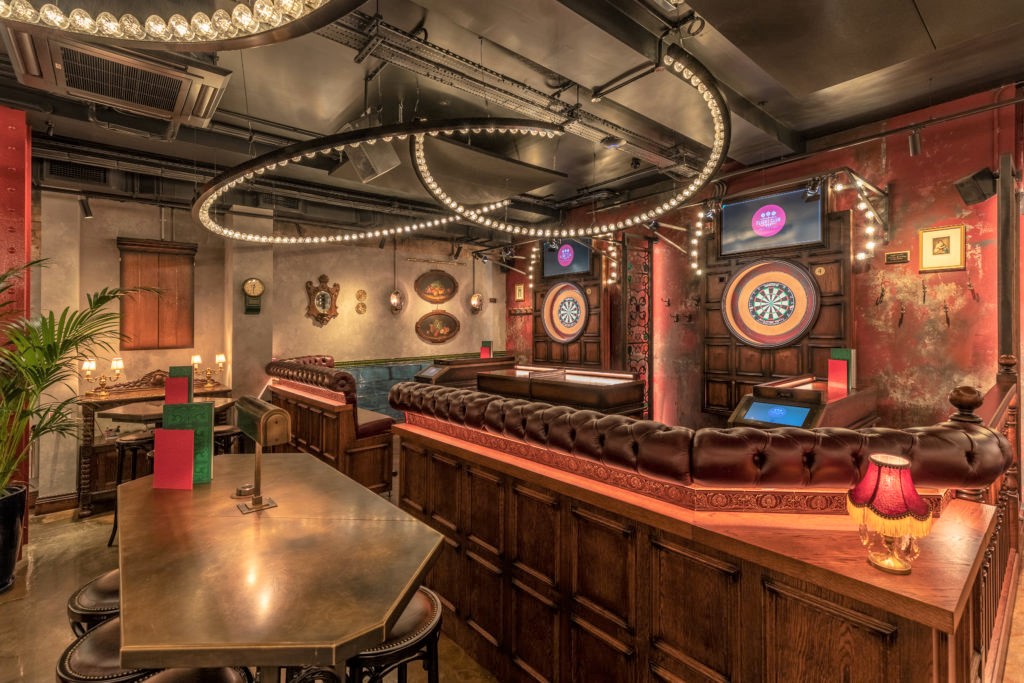 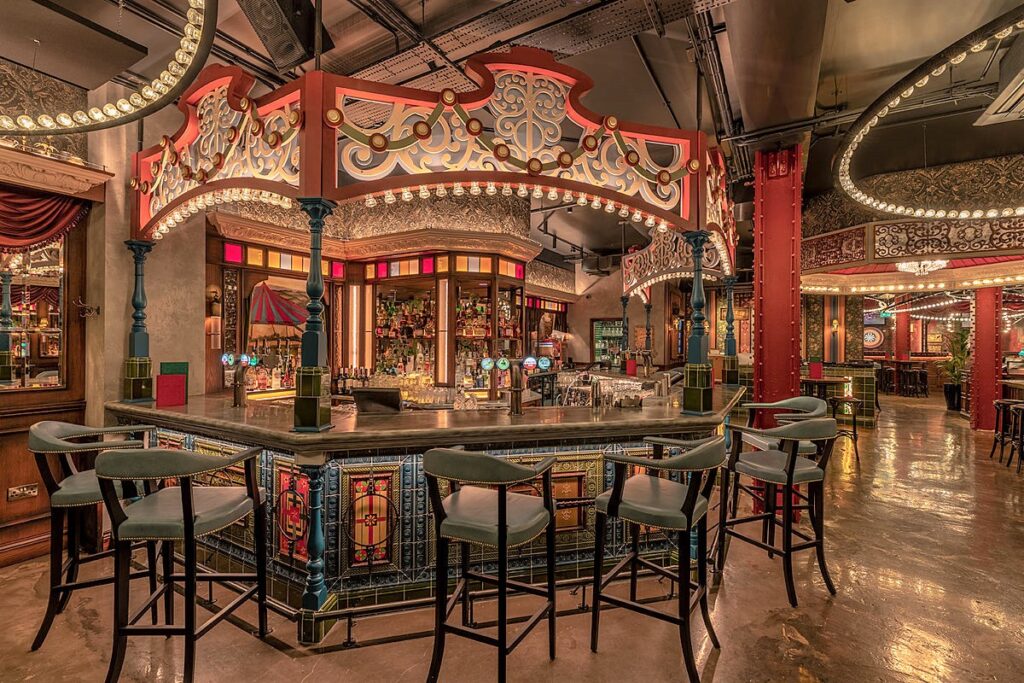 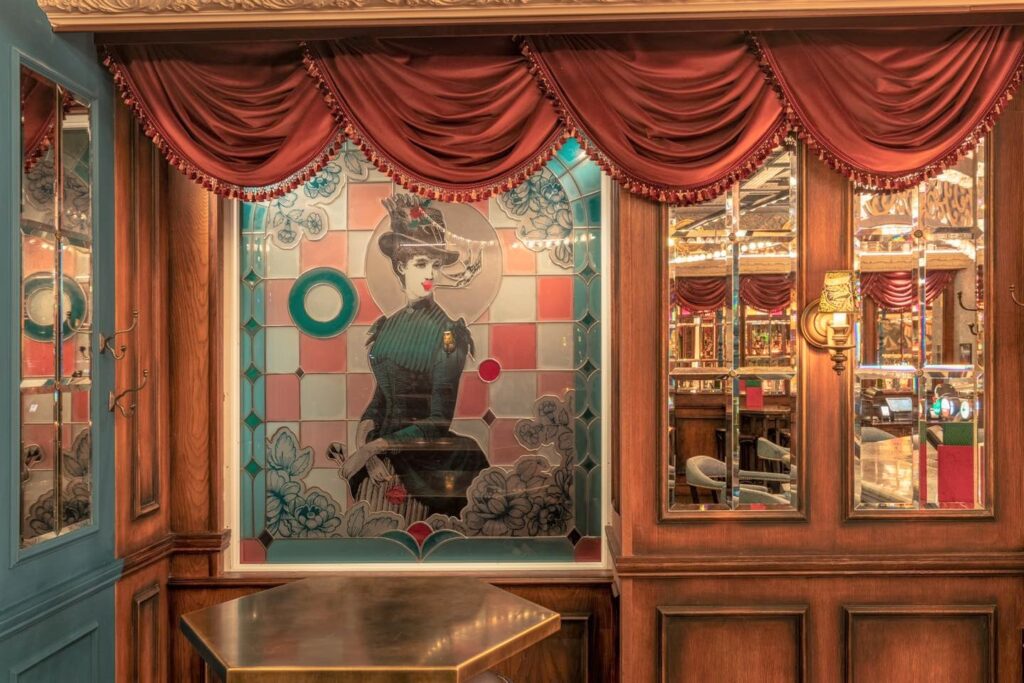 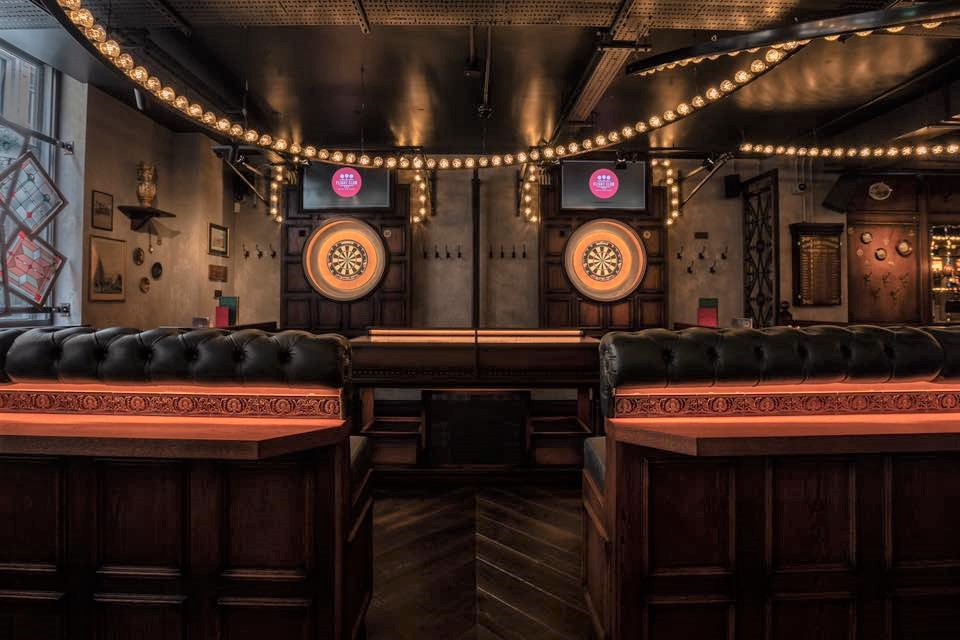 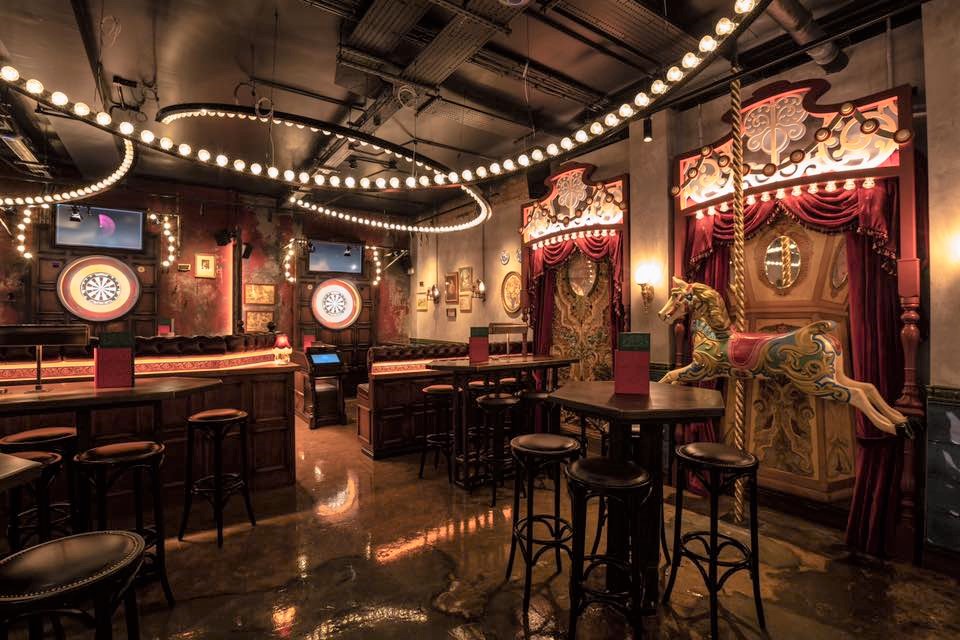 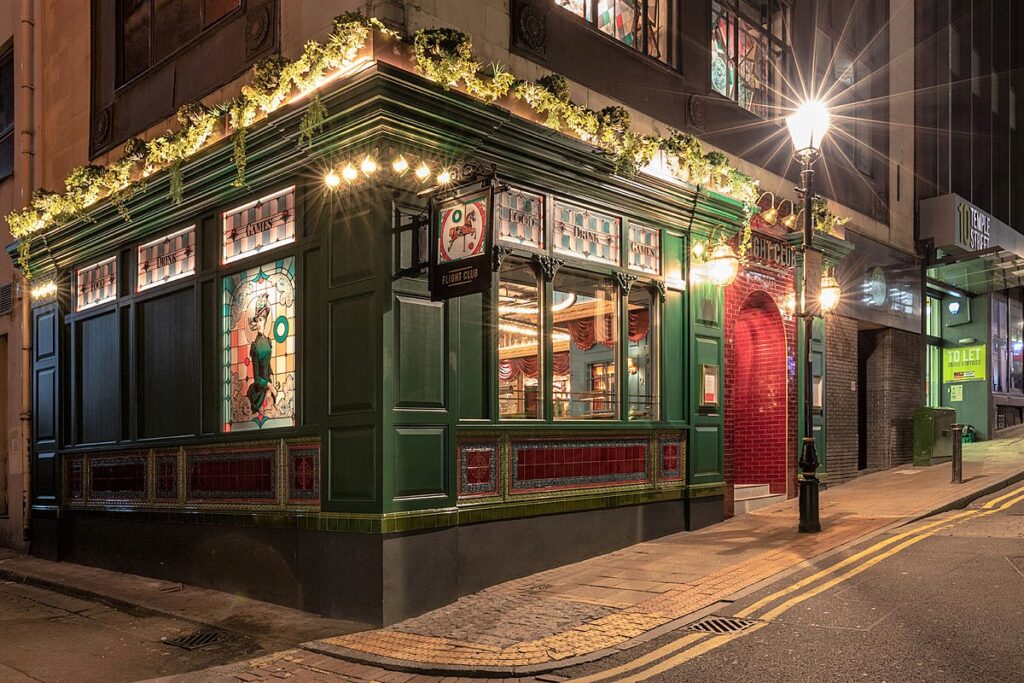