The idea of a typical traditional London tavern, pub aesthetics was the premise of the client. In order to do so, designers looked for concepts of the spirit of traditional British taverns, without falling into typical resources, nor losing the focus of the idea of a classic European restaurant with a contemporary artistic touch. 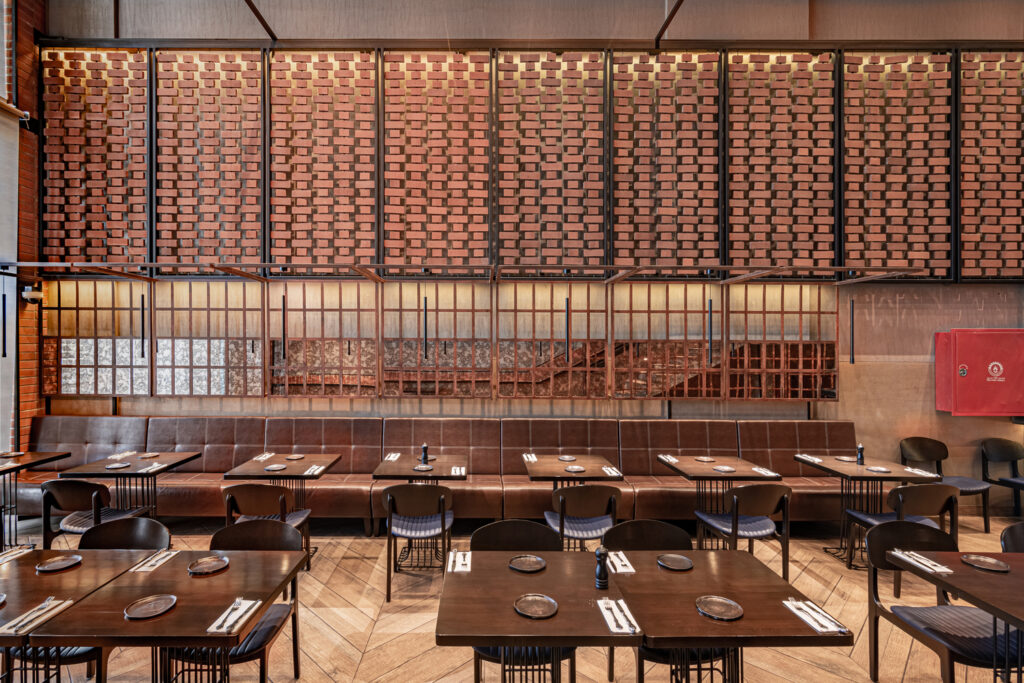 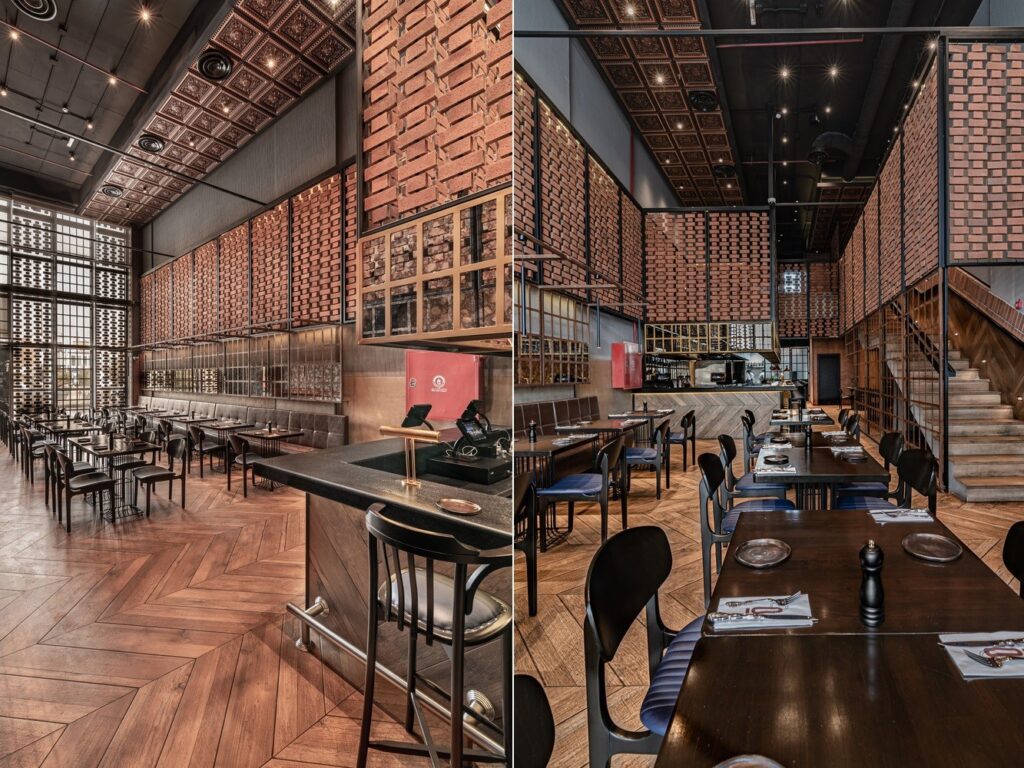 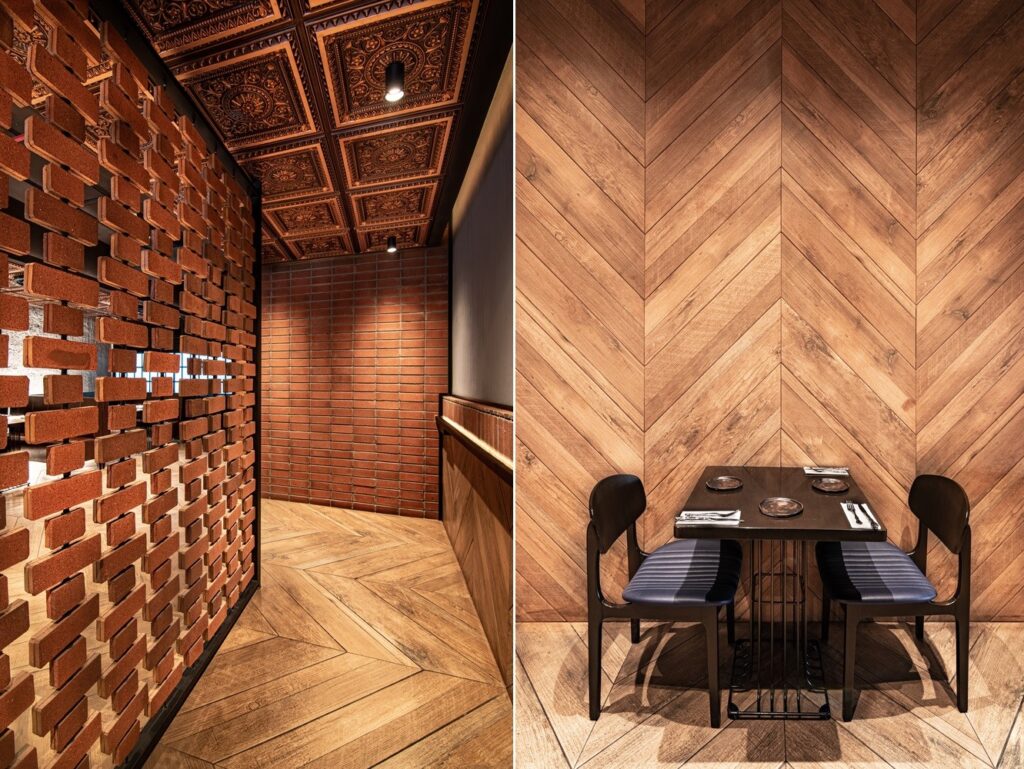 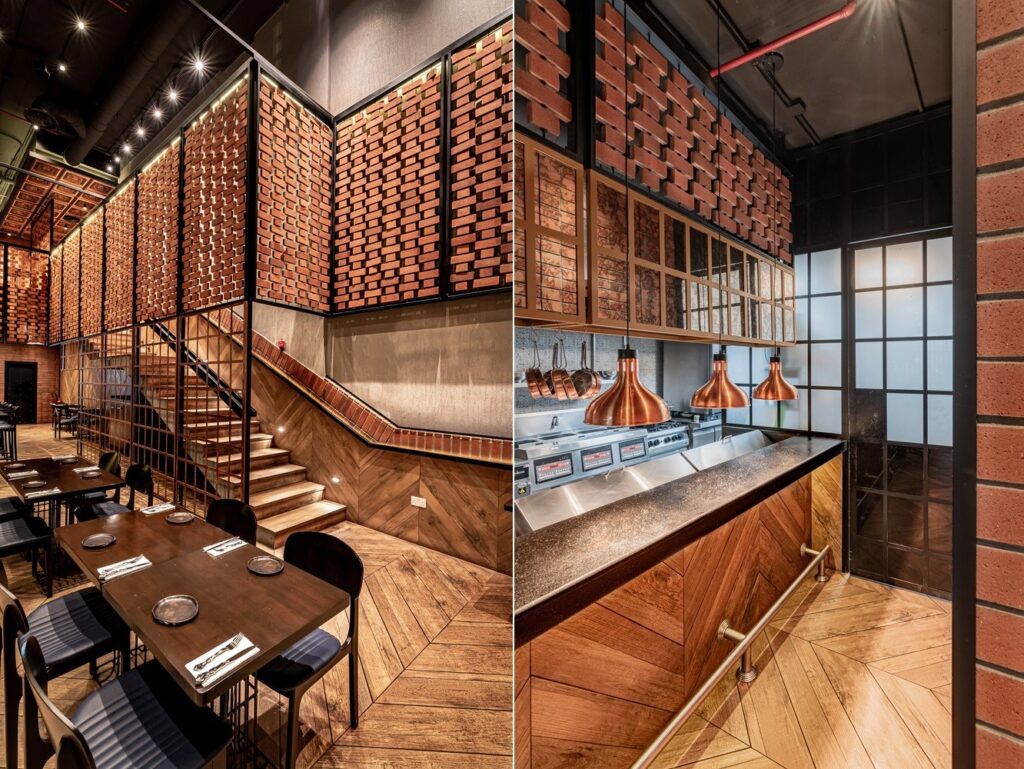 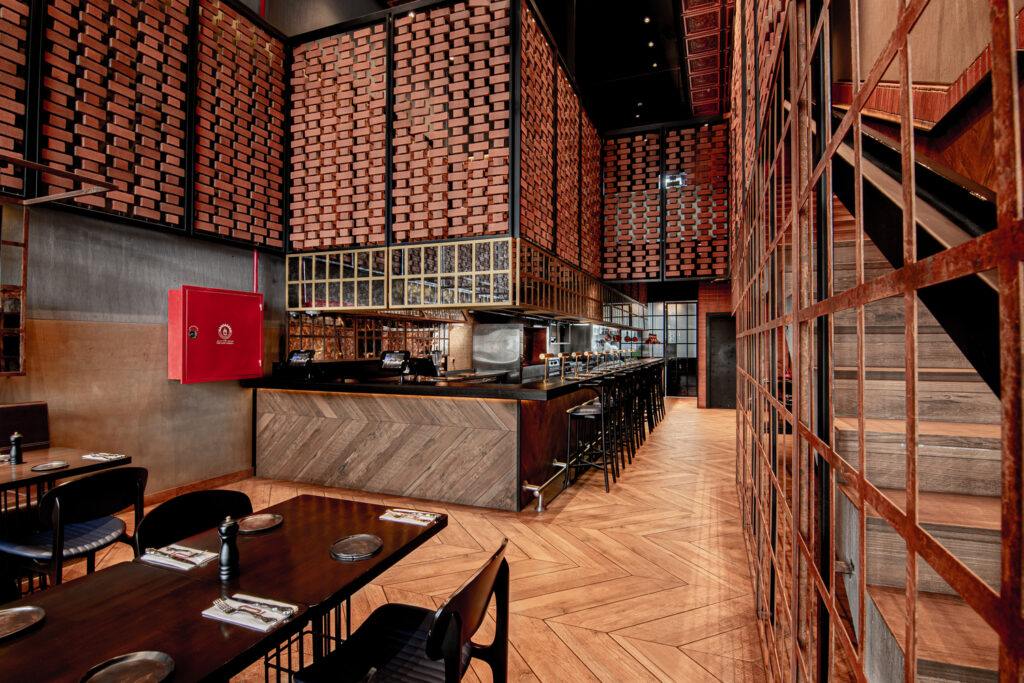 The proposal was based on the idea of resorting to materials that define this architectural aesthetic, although far from reproducing, it was decided to extirpate only its DNA: the windows of iron window frames and bare bricks. 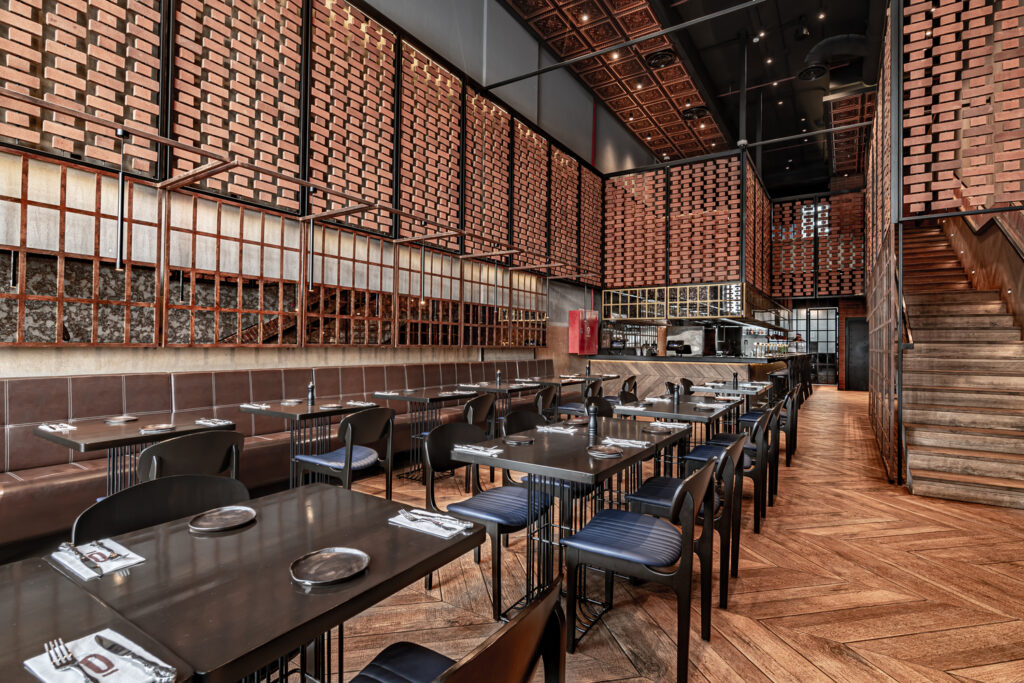 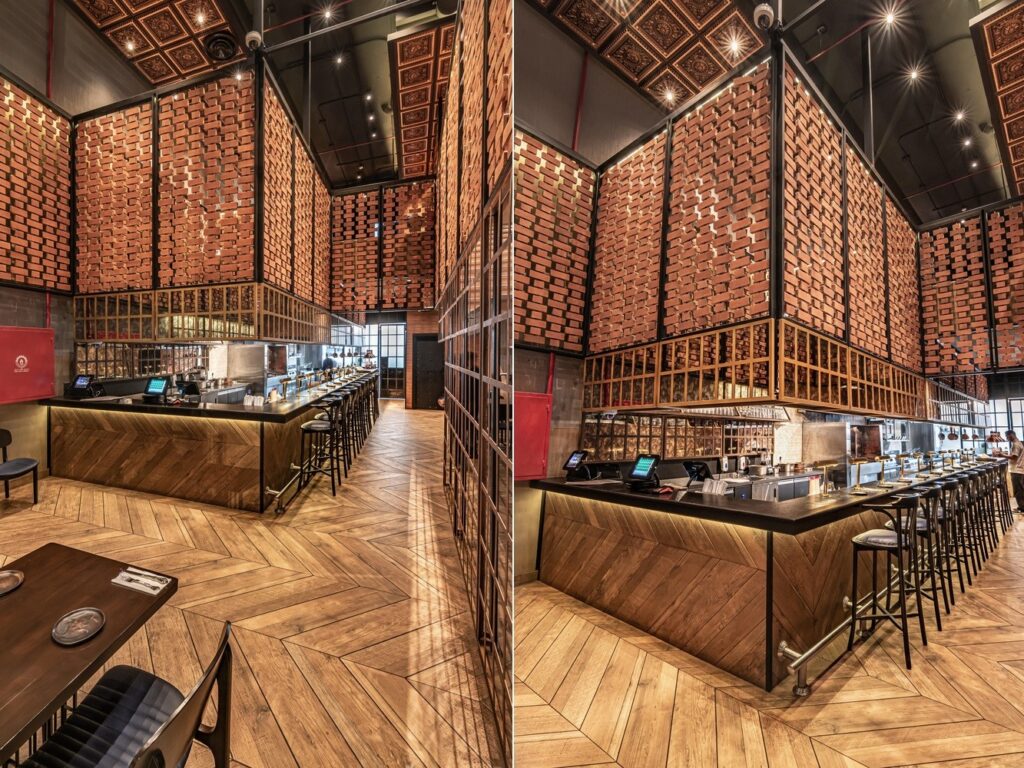 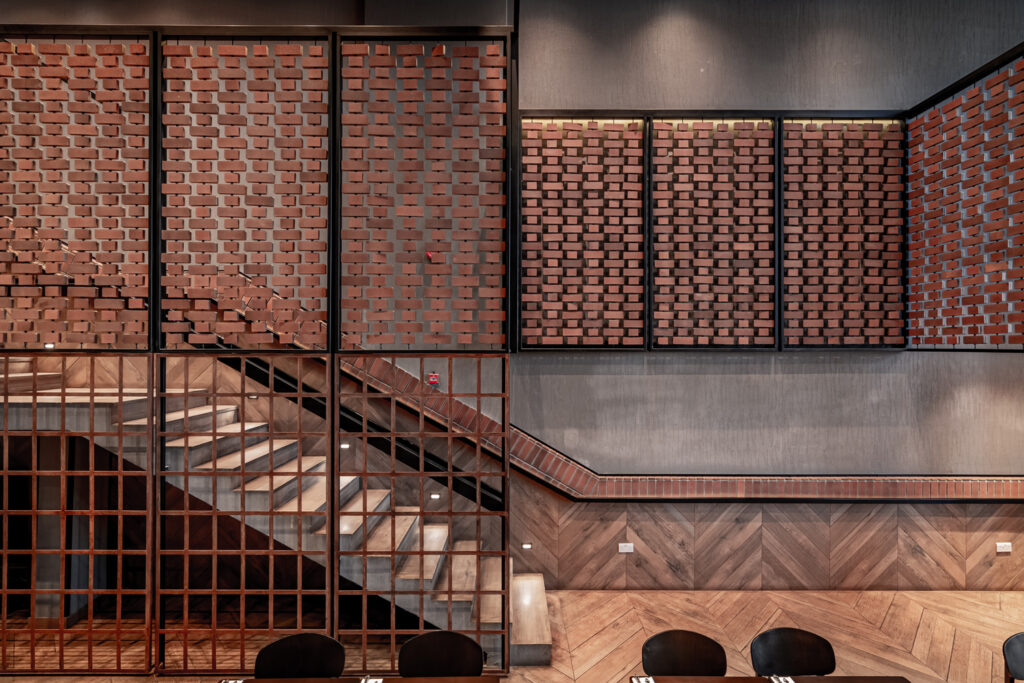 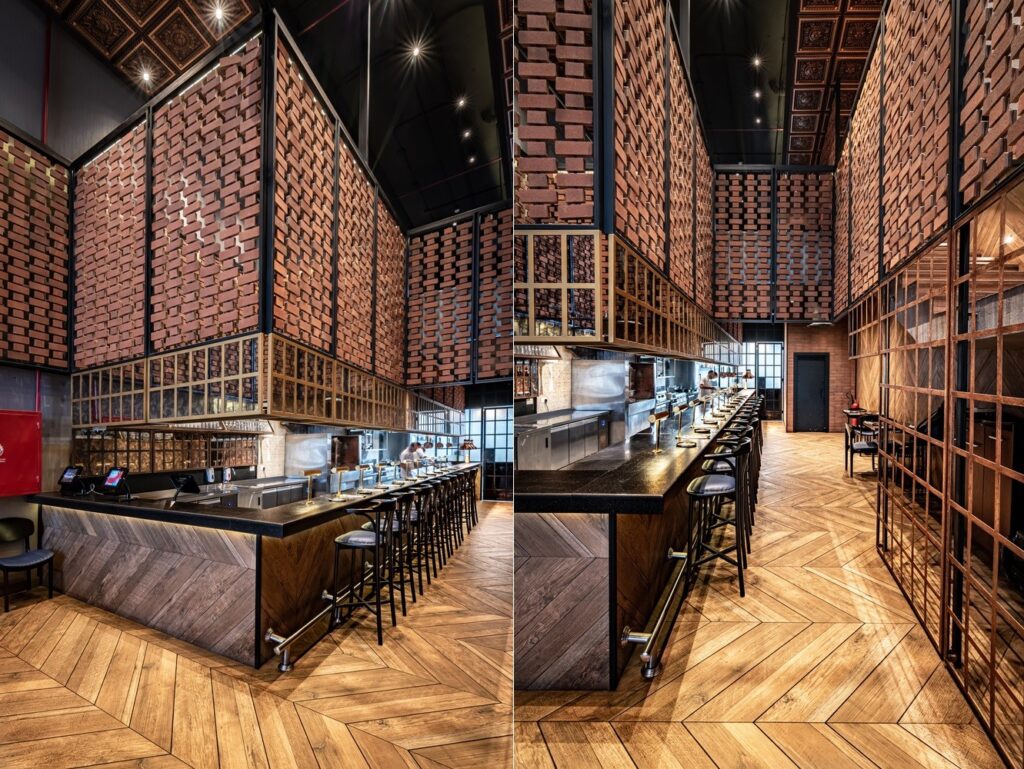 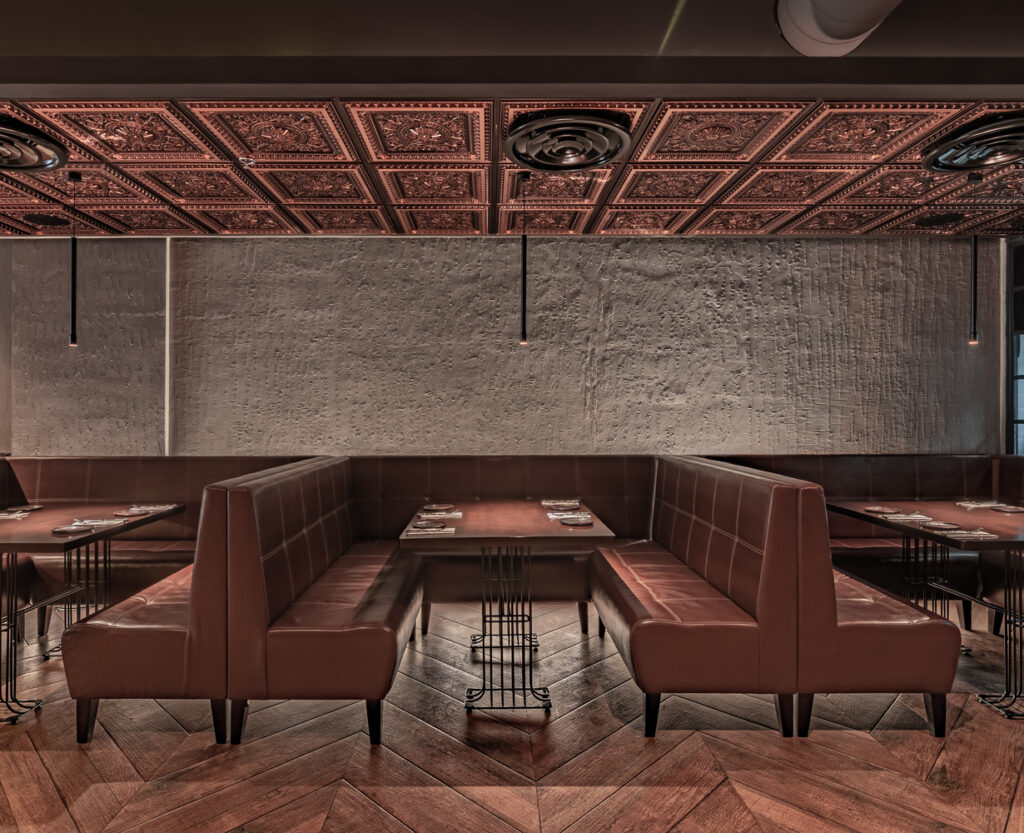 The idea was to interlace through an interior skin system that covered all the walls and the most outstanding functional spaces. This great system is composed by an organization of bricks and windows.
The compositional system of the bricks mutes to become “aerial” walls, with open joints crossed by screwed rods. This gave to the designers team an ethereal composition that allows them to resolve the proposal in a non-linear way to the original suggestion of a traditional London tavern. 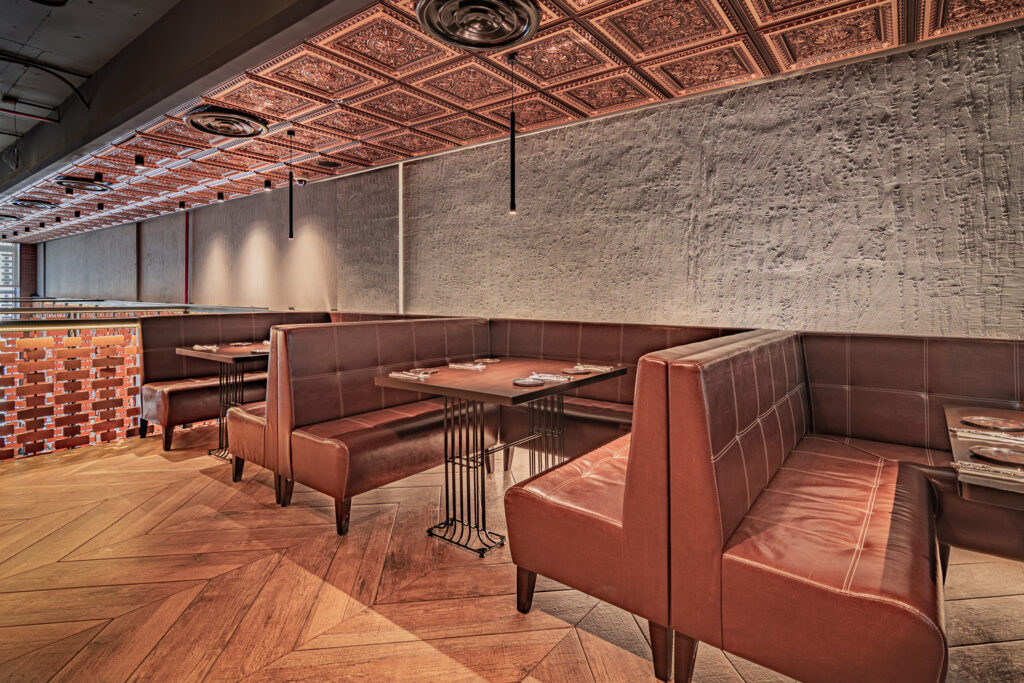 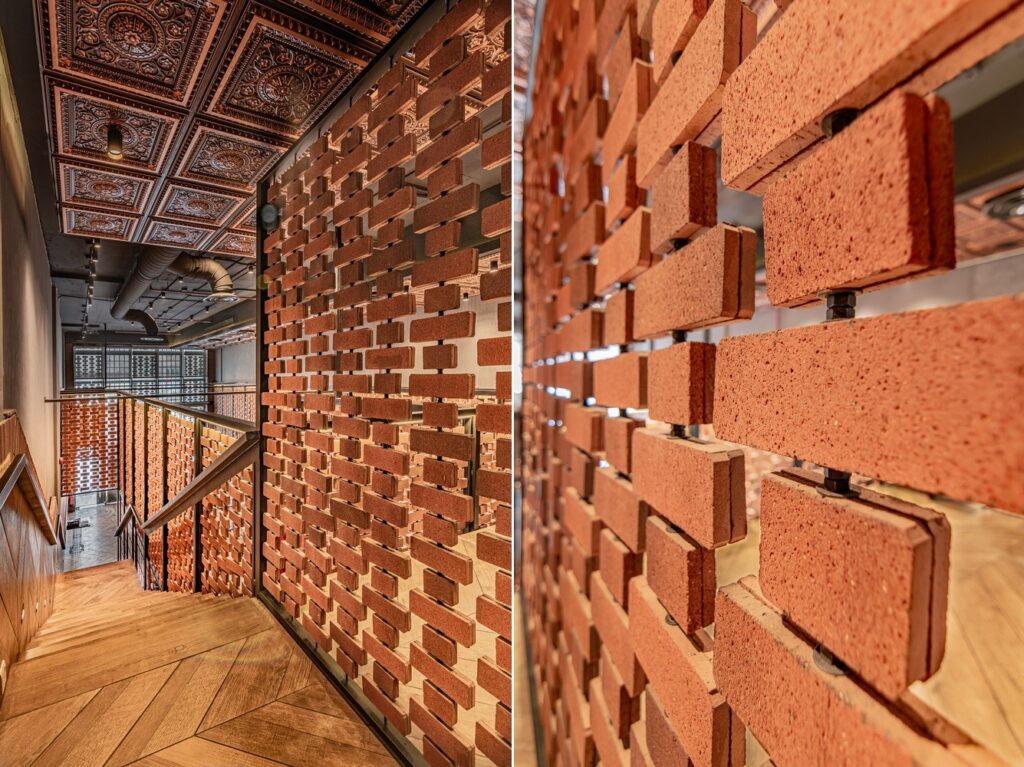 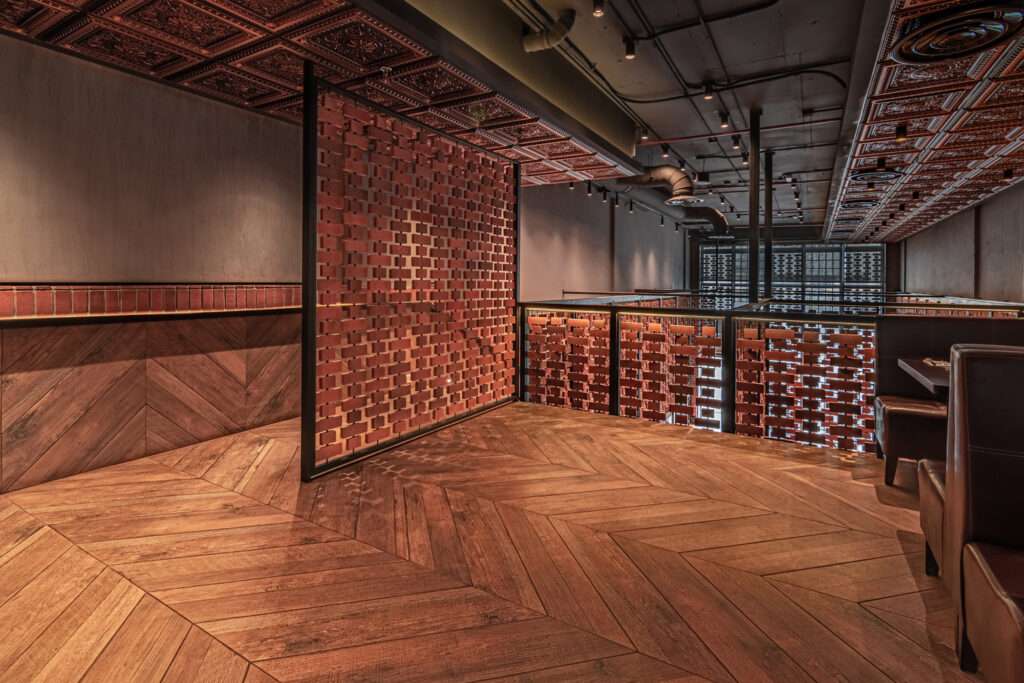 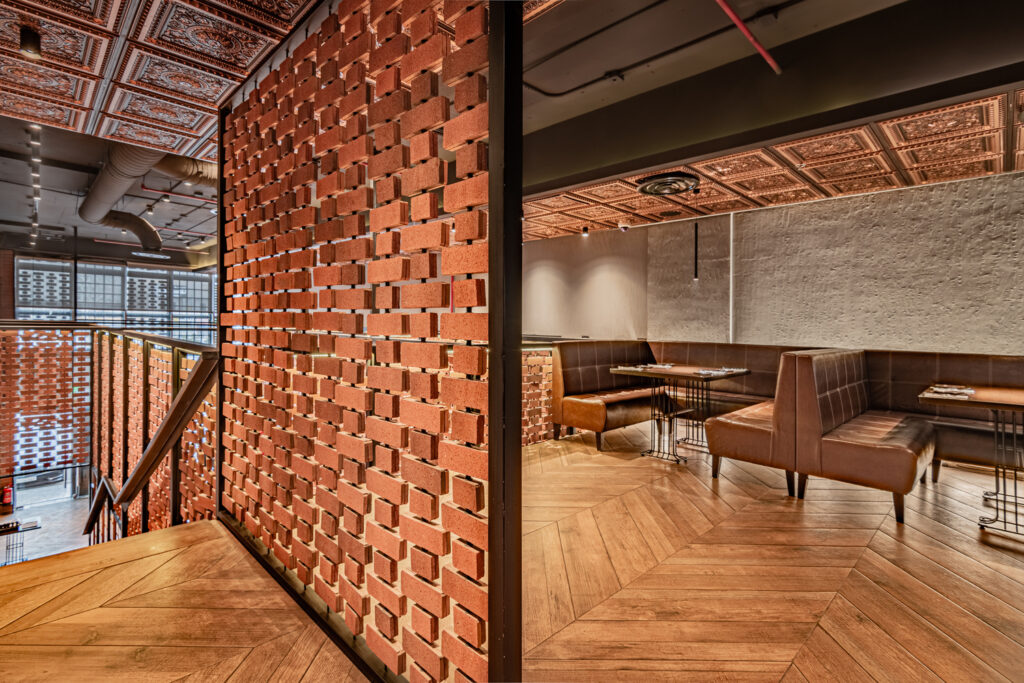 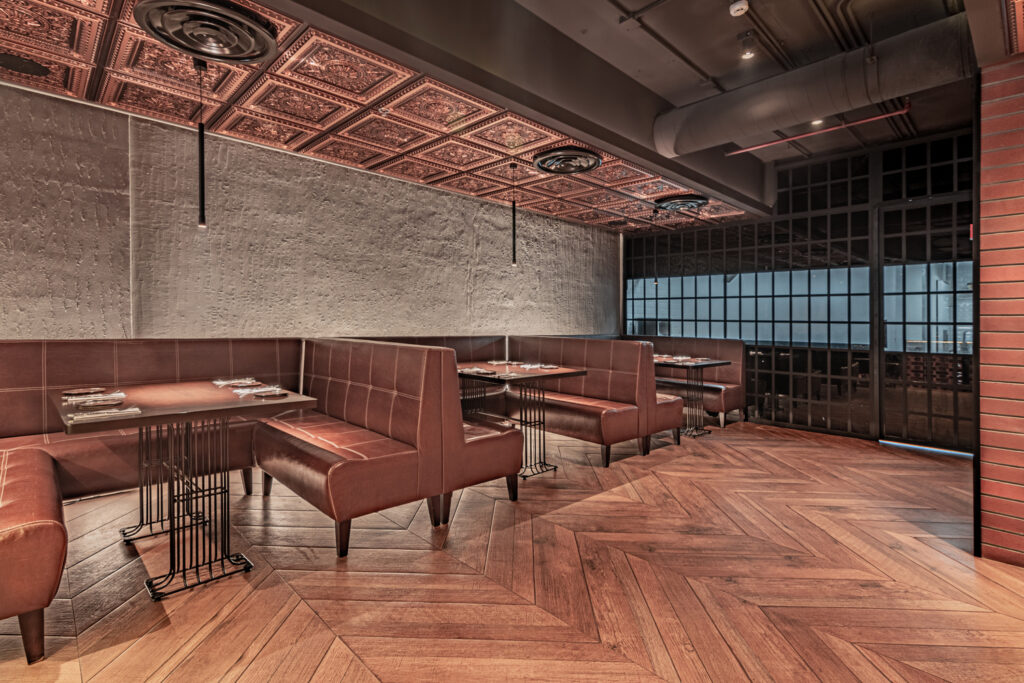 Glazed sections have different levels of transparency, in some cases without glasses and in others with old glasses or translucent or opaque glasses organized according to the functionality of each space, referencing the smoked glass of British pubs. This system of glass structure accompanies the entire interior. 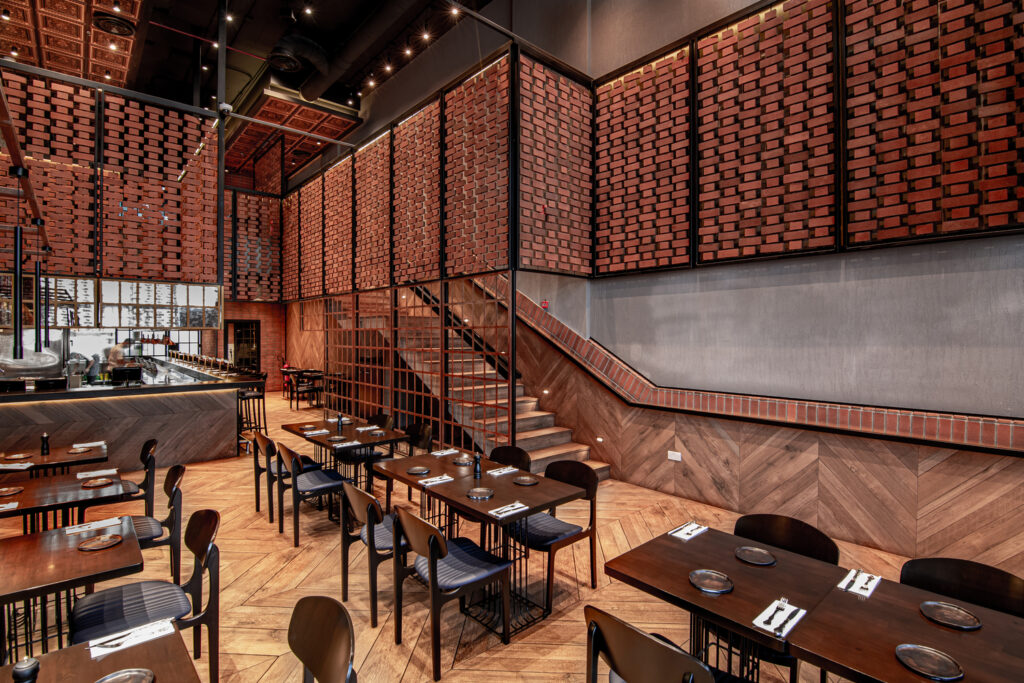 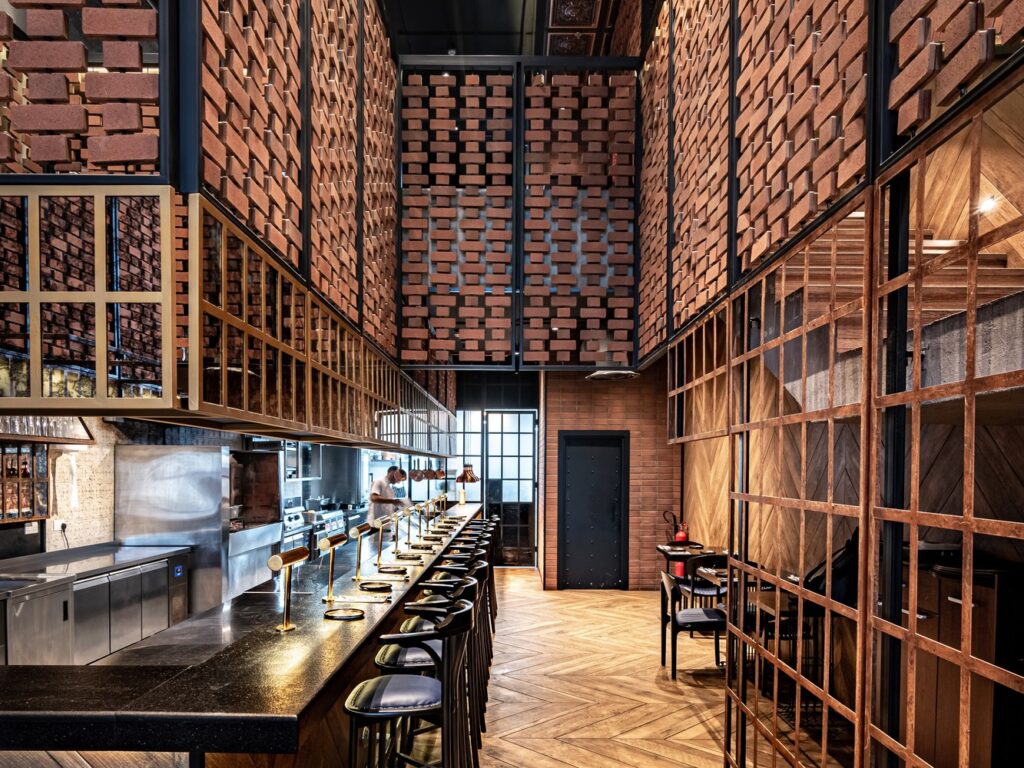 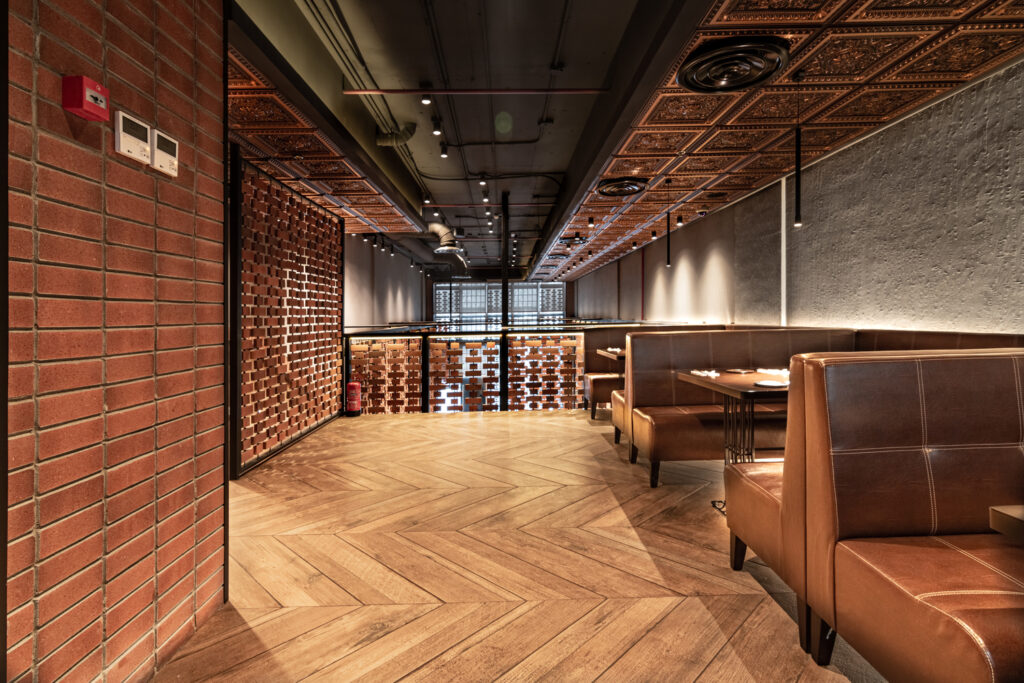 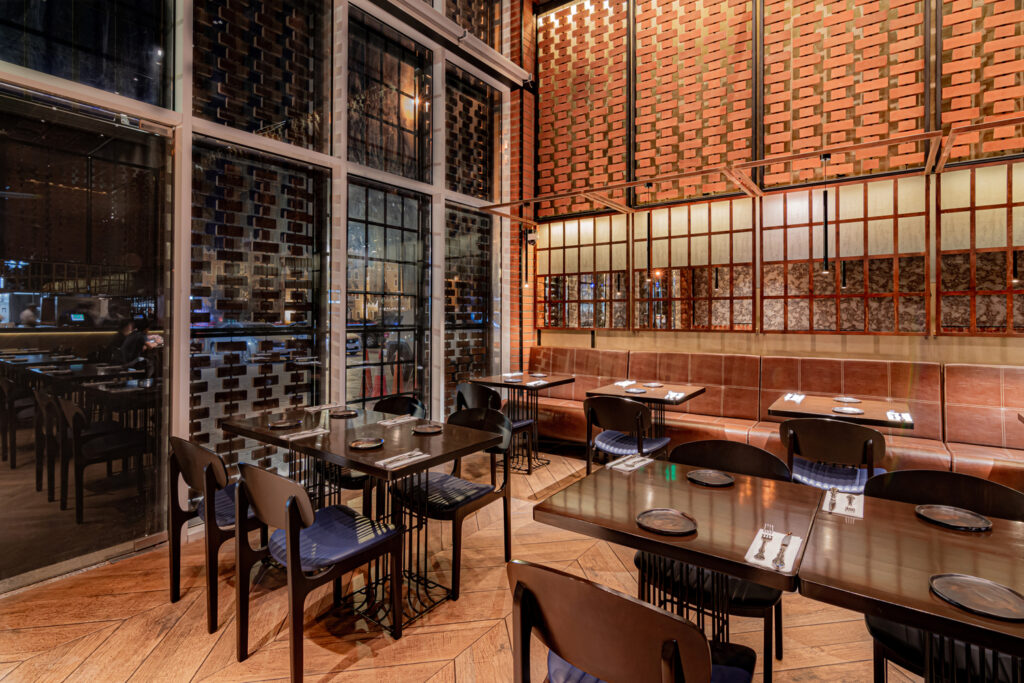 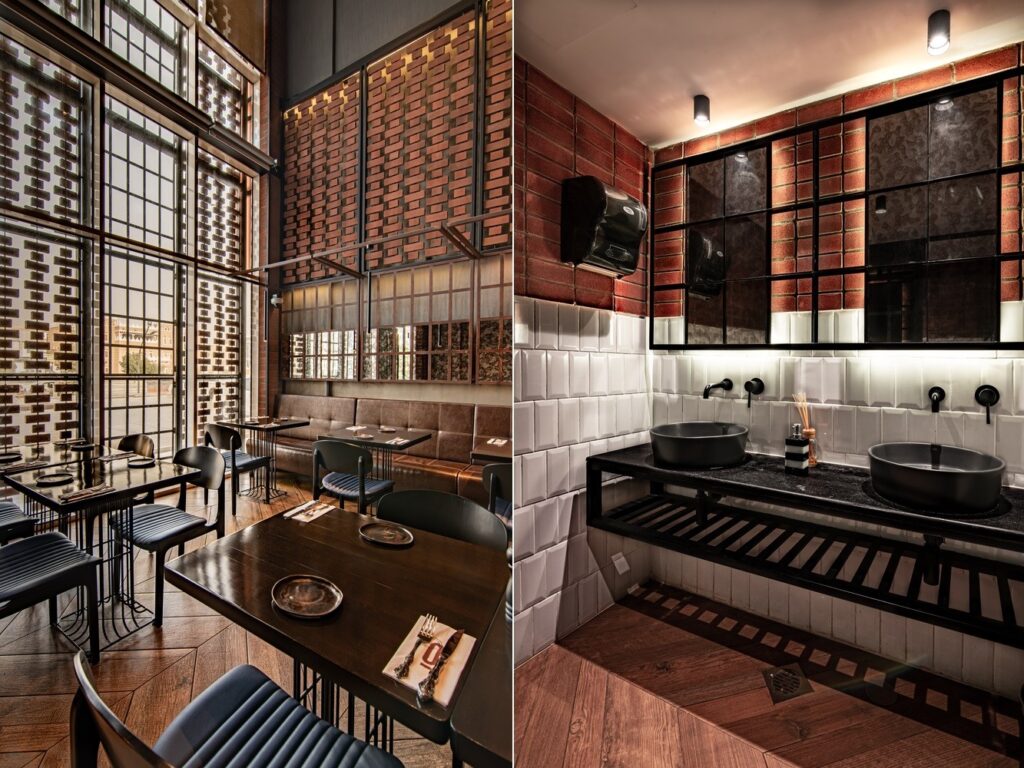 The façade has the same system of distributed glass structures and open-joint brick walls in a composition in conjunction with the double door access.