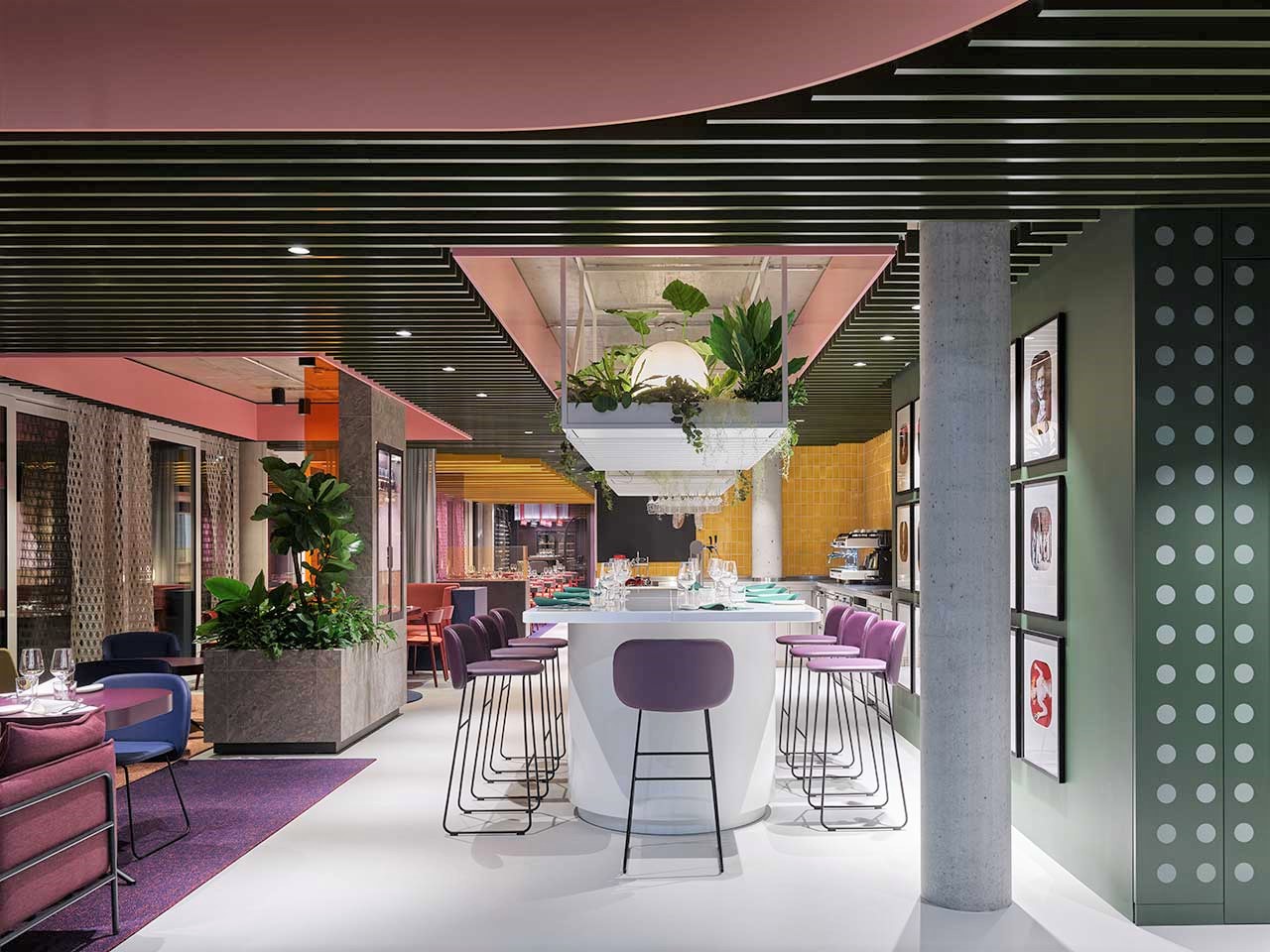 Hunger is the starting point for every new idea. A hunger for something fresh – swiftly followed by a hunger for food. Or sometimes both these things at once. There is now a promising new venue for moments like these: La Visione is an Italian restaurant, but also a co-working space, slash team meeting place, and a bar for everyone. Above all, it is a point of contact for Object Carpet, the renowned carpet supplier from Denkendorf, to engage with the world.
The restaurant is located at the centre of its new ‘Object Campus – City of Visions’. The idea behind the campus is to create synergies, and the restaurant follows suit: La Visione consciously positions itself between different worlds in every respect. 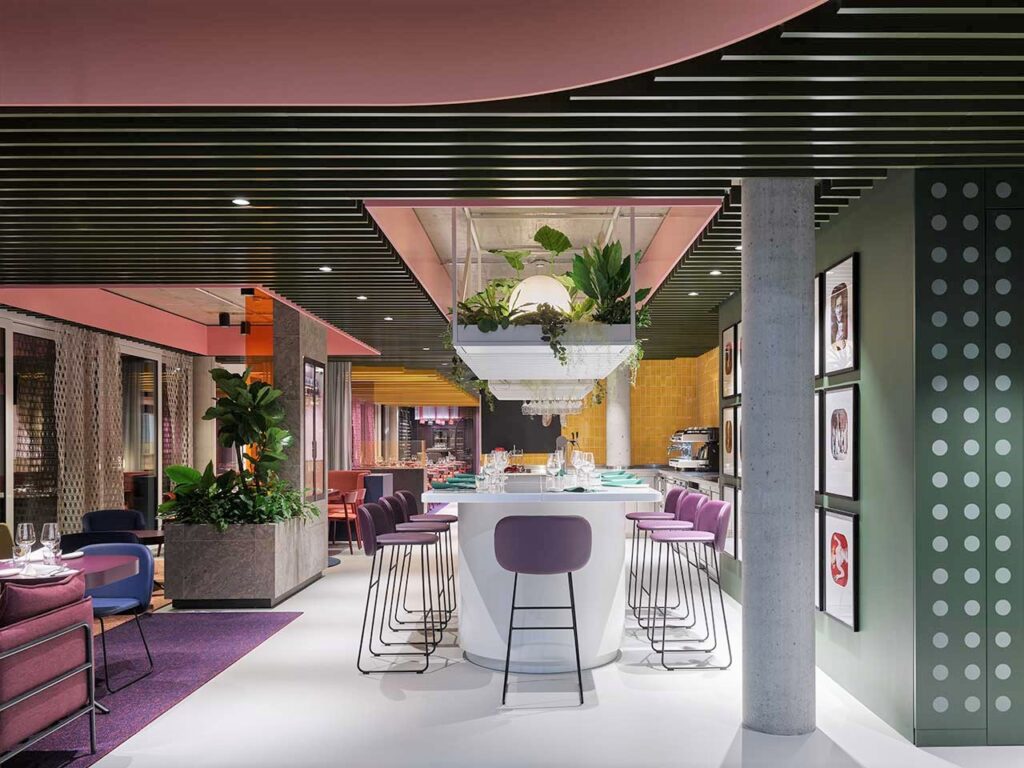 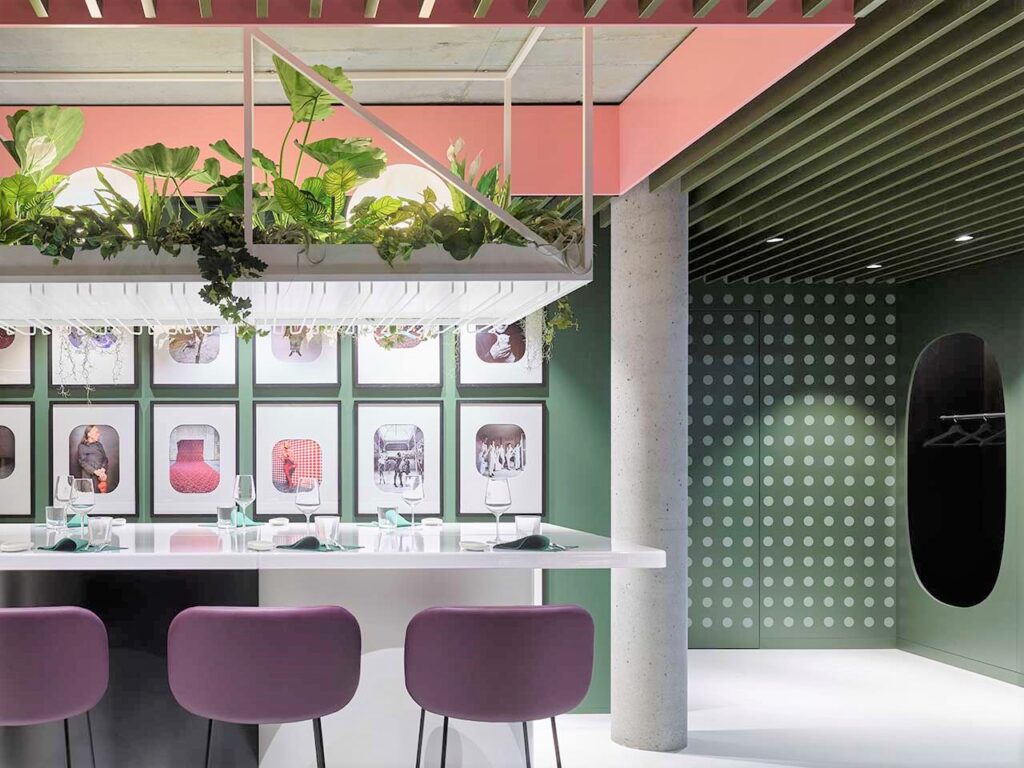 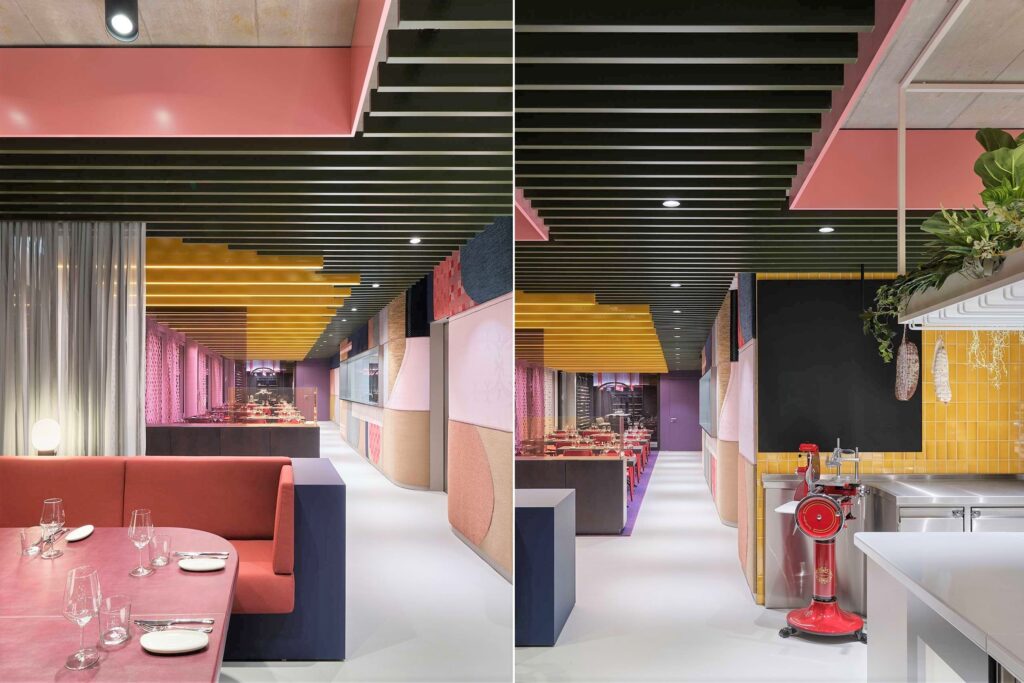 The restaurant is divided into three sections: a lounge, a dining area and a vinoteca. Only none of them really behave in the way you might expect. In the first space, a counter that is not actually a counter, as it brings the charm of the kitchen to the bar, effectively dissolving all divisions between guest and server. Not only the different roles have fluid boundaries, but also the different functions: this is a co-working space at lunchtime, an aperitif lounge in the evening and where the party starts when there is something to celebrate. 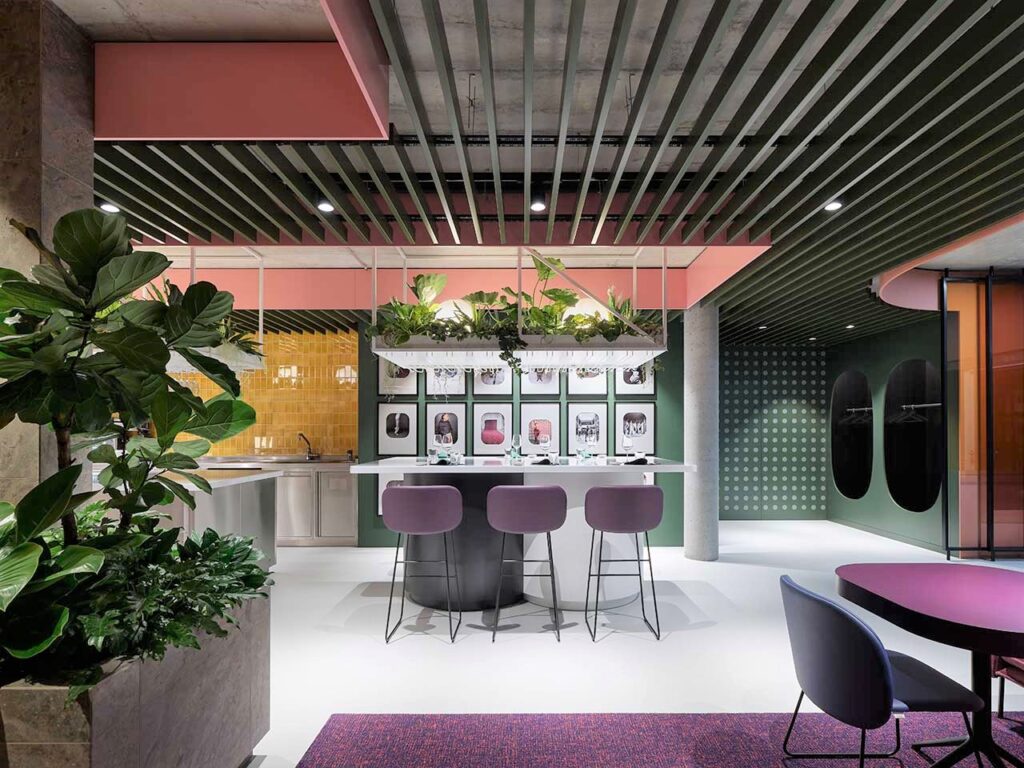 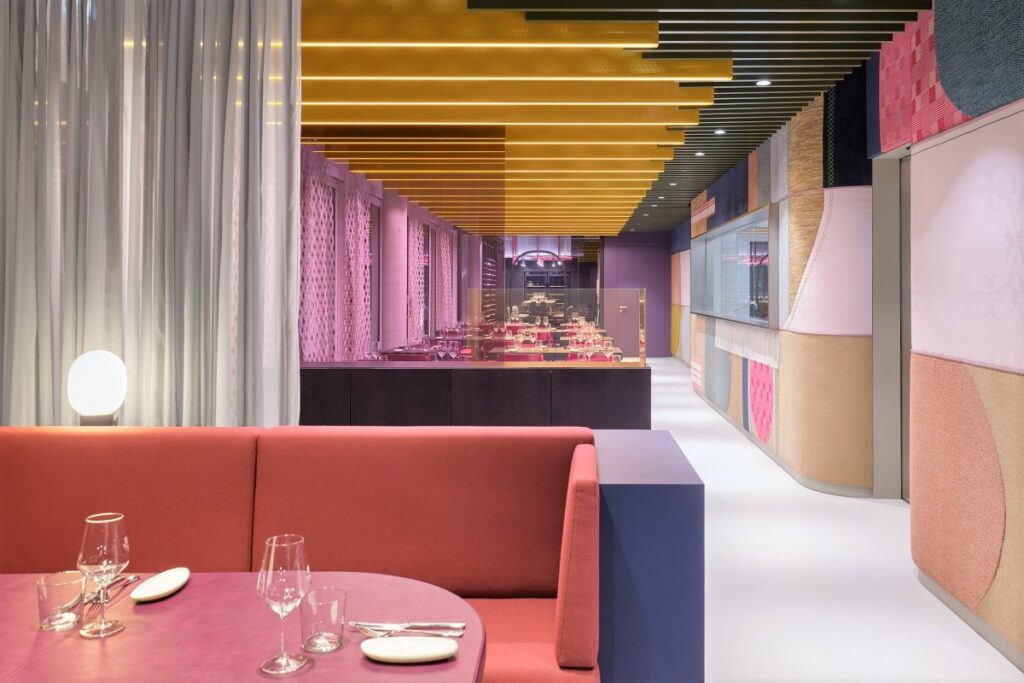 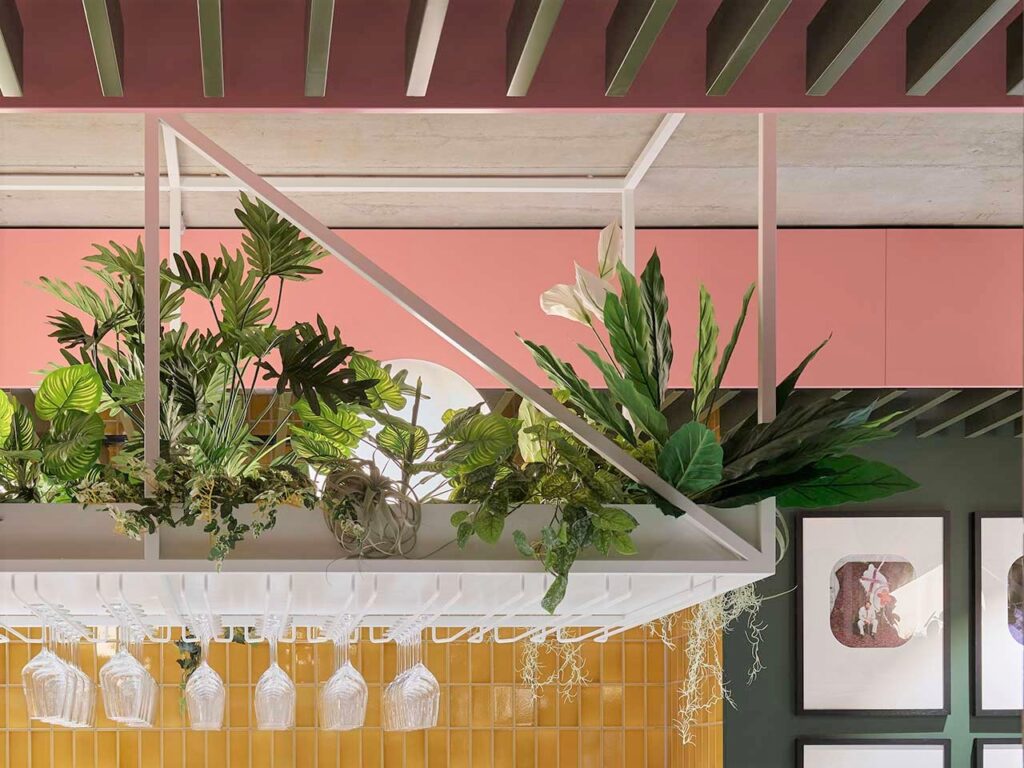 An atmospheric adventure of smells, sounds and tastes – not forgetting colours and fabrics – awaits you in the dining area. The aim here was to render Object Carpet’s furnishing expertise tangible – in a subtle yet palpable way. Thus textile wall collages of damask and hessian enter into tantalising dialogue with carpet and cord. At the same time, a window into the kitchen opens up a direct visual connection to the chef. Allowing the food to then speak for itself.
So much lust for life calls for a toast: Ideally, in the well-stocked vinoteca, which is certain to prove the perfect setting for many exciting encounters – and for one or the other new vision. 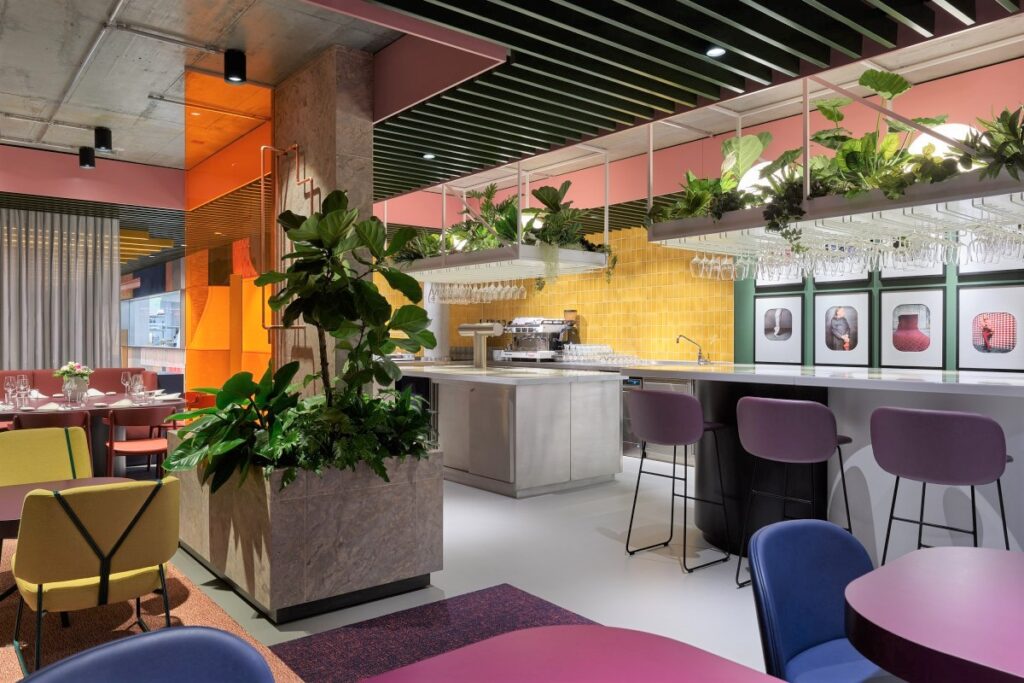 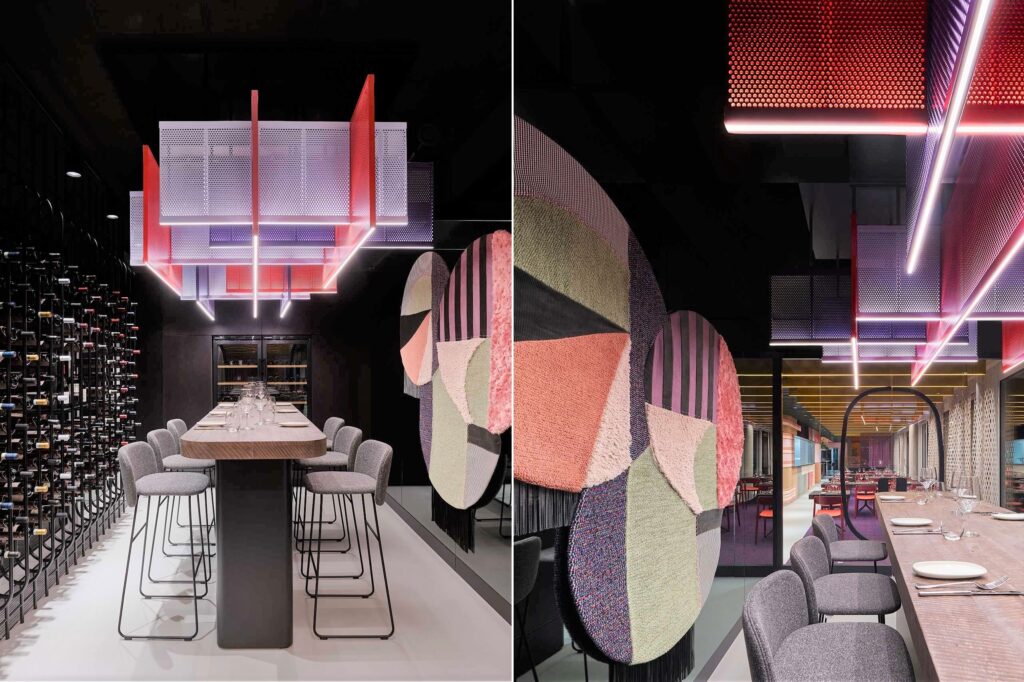 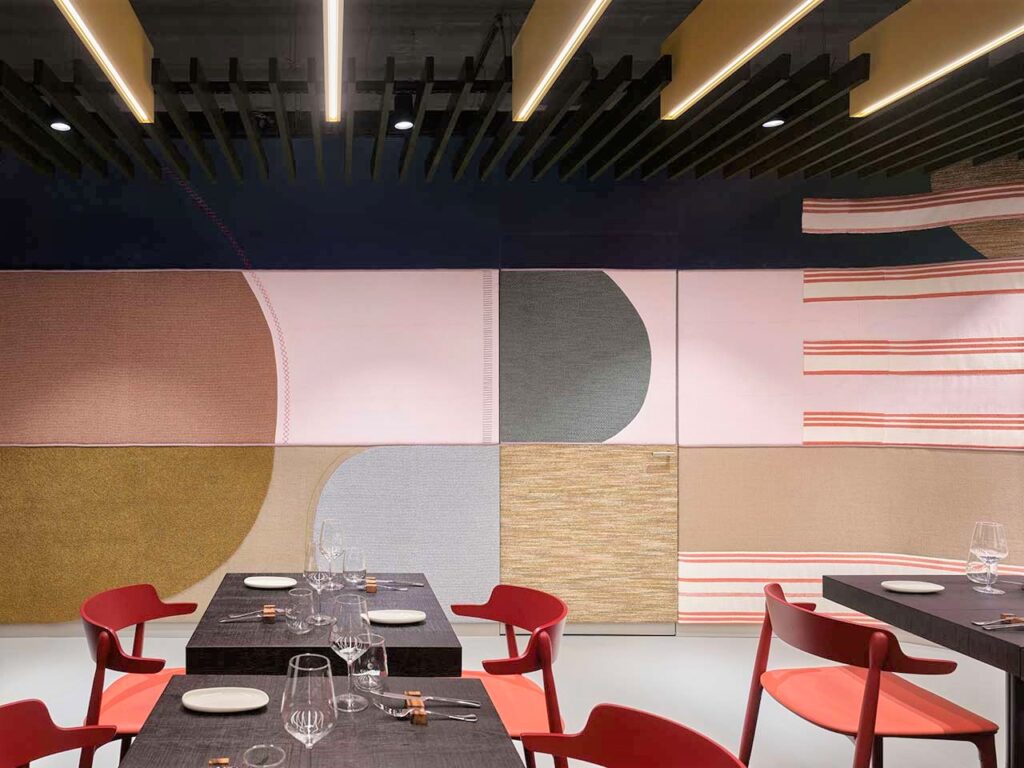 Vincenzo and Daniele, two Stuttgart restaurateurs who have known each other since their early childhood in southern Italy, are in charge of food and drink. Their shared history provides a point of departure for the menu. Moreover, the logo is based on their shared origins: soft, round and warm like the feeling that spreads throughout your body when you think of sunnier climes, yet at the same time modern and unorthodox. 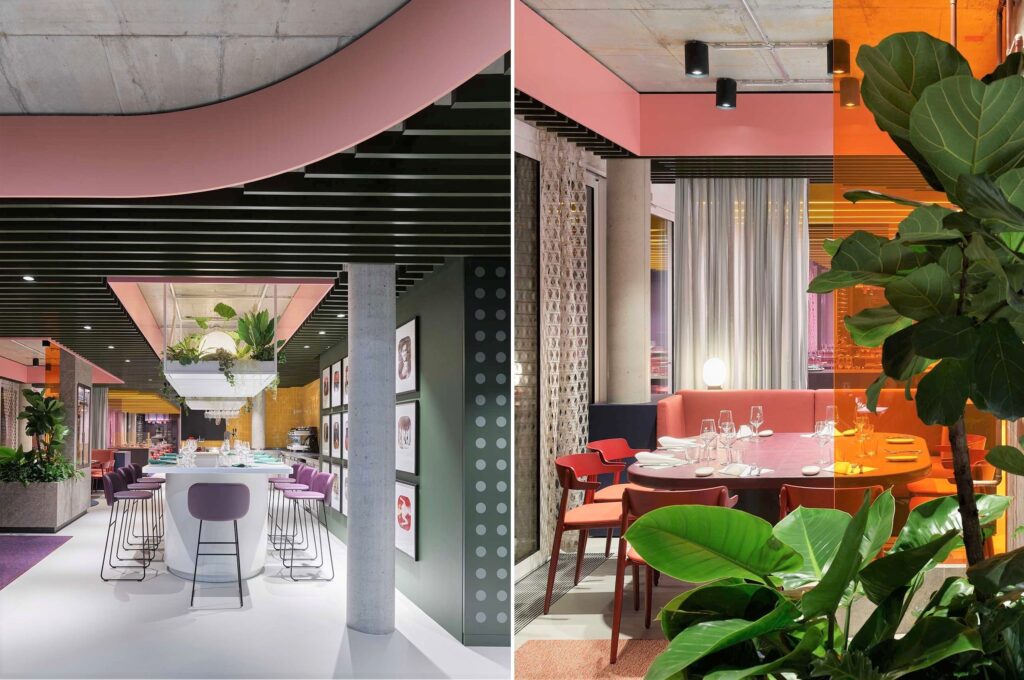 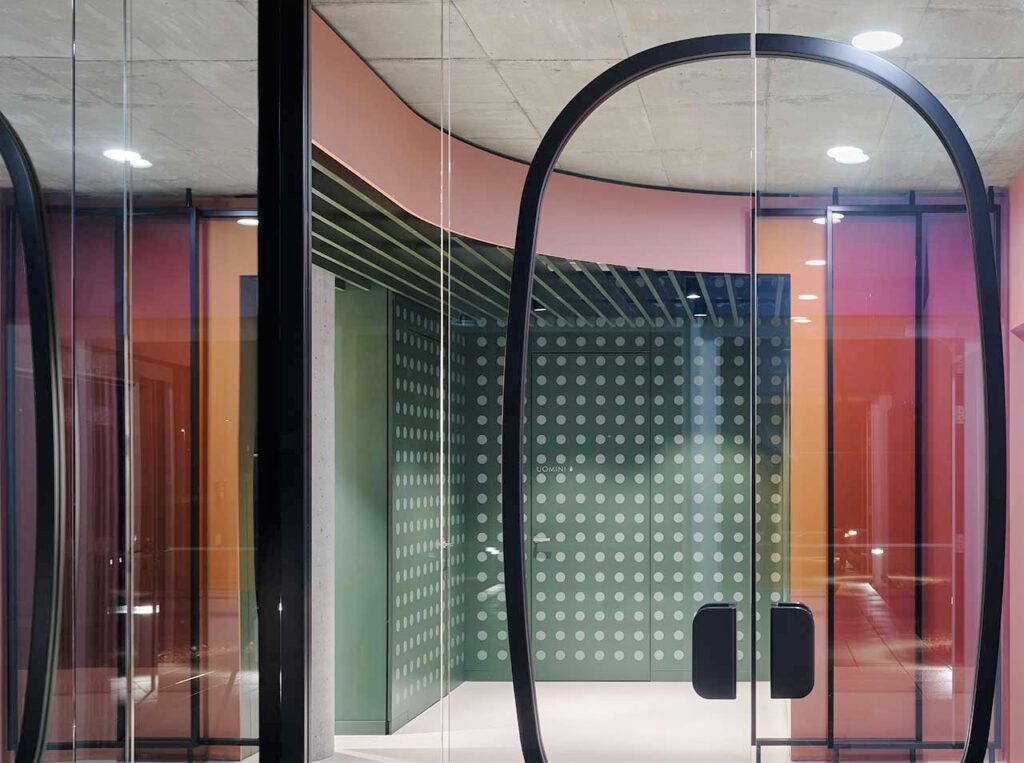 Like the restaurant, the menu also comes in three integrated parts that breathe the spirit of the textile collage on the walls. Every detail of the colour-play is meticulously coordinated with the interior: in sync with the brilliant blue of the entrance area, combined with muted beige tones, inspired by the leather upholstery of the armchairs and tables. On the walls, portraits by Michel Comte throw open a window to the world: Framed personalities from art, fashion and music tell a free-spirited narrative of memory. Just like the namesake of Marie-Curie-Strasse, the street in which La Visione stands – and probably the only element of the design concept that was not a deliberate move on the part of the identity architects. 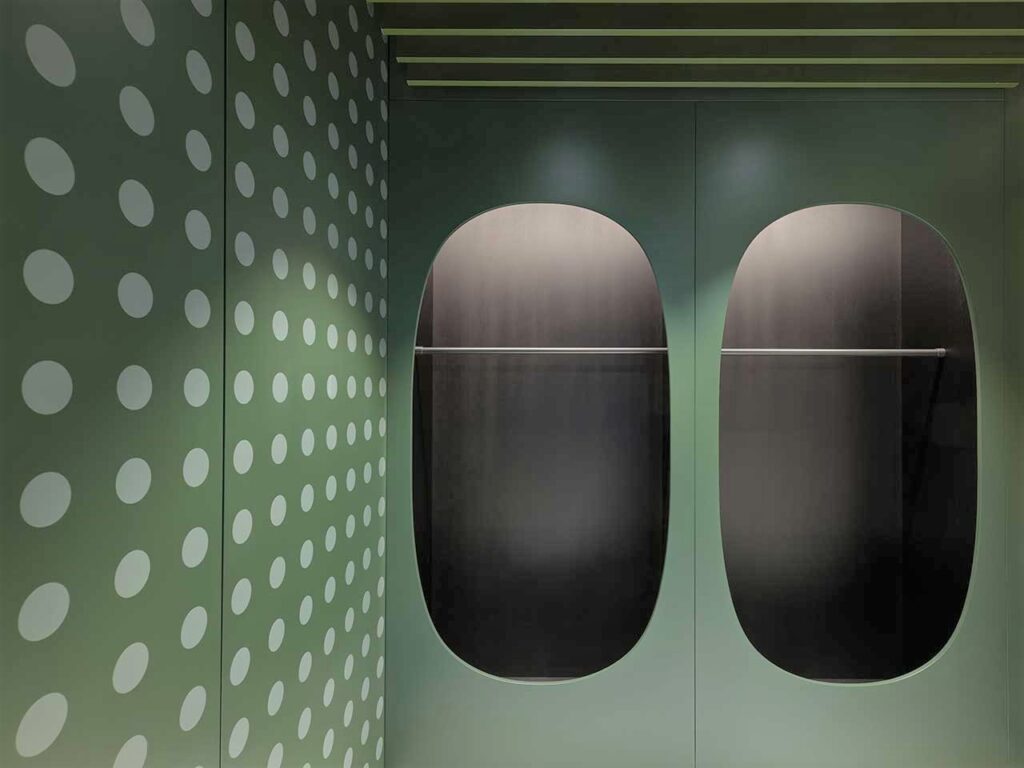 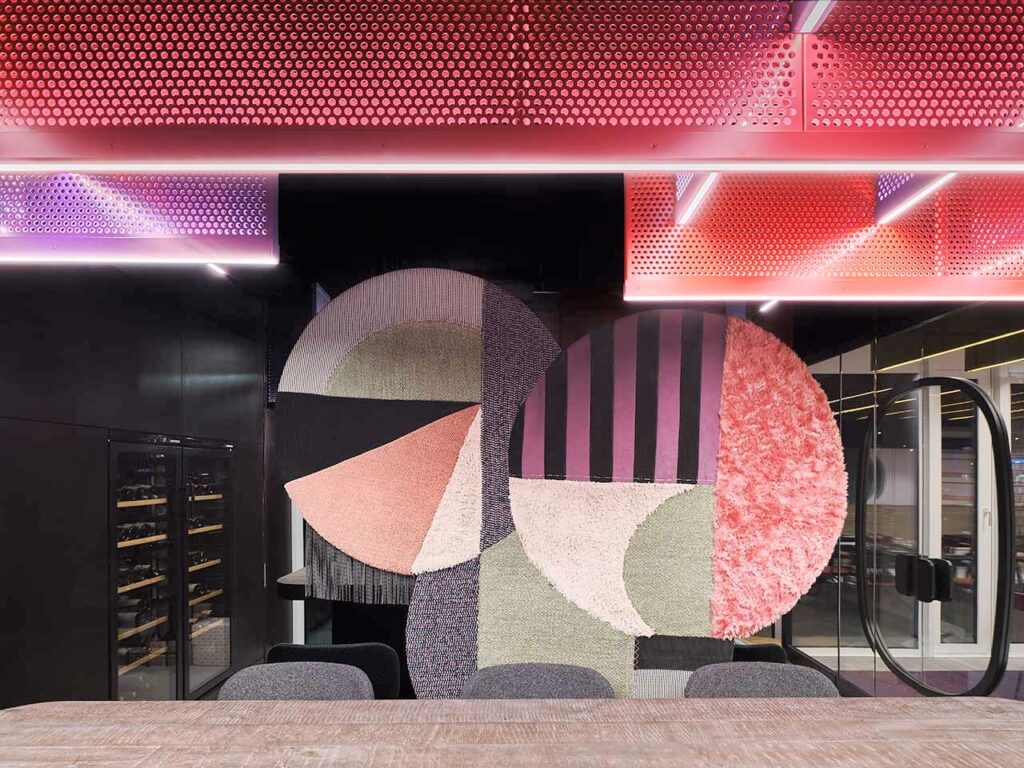