An immense wooden barrel open over the green mountains of Belo Horizonte: this is the scenario designed to host the Ateliê Wäls, a large brewery center surrounded by nature, in the Olhos d’Agua neighborhood, south of the capital of Minas Gerais. 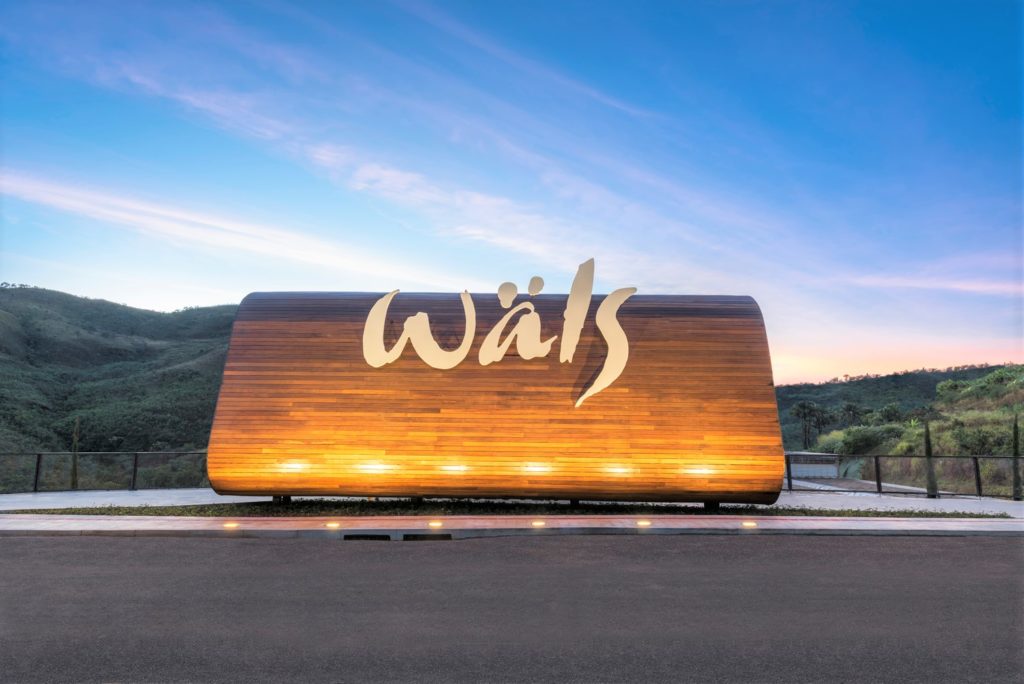 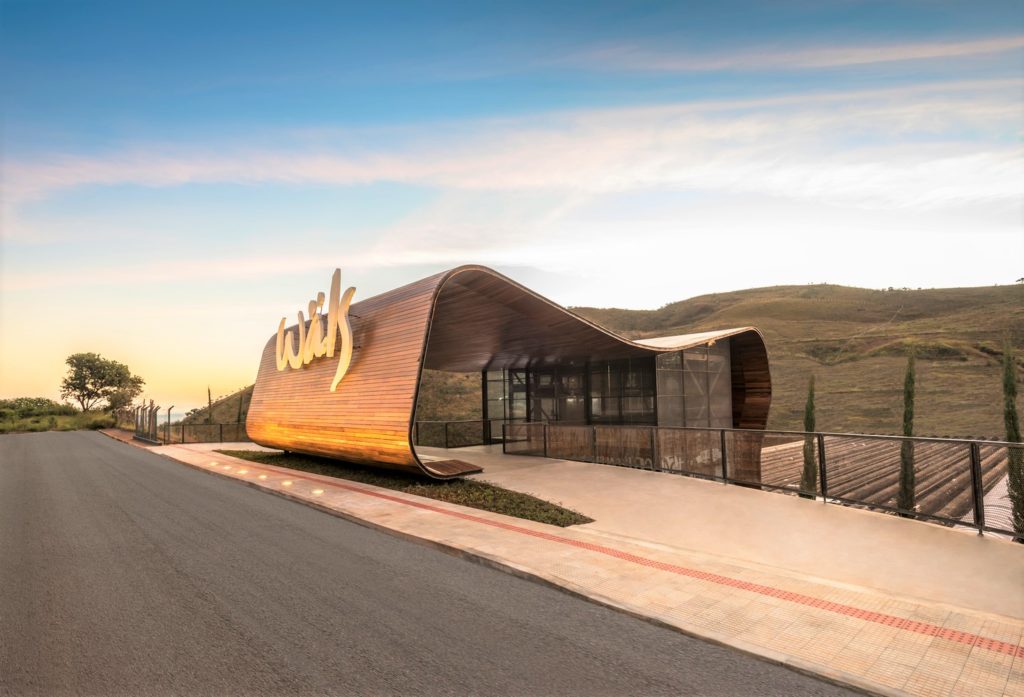 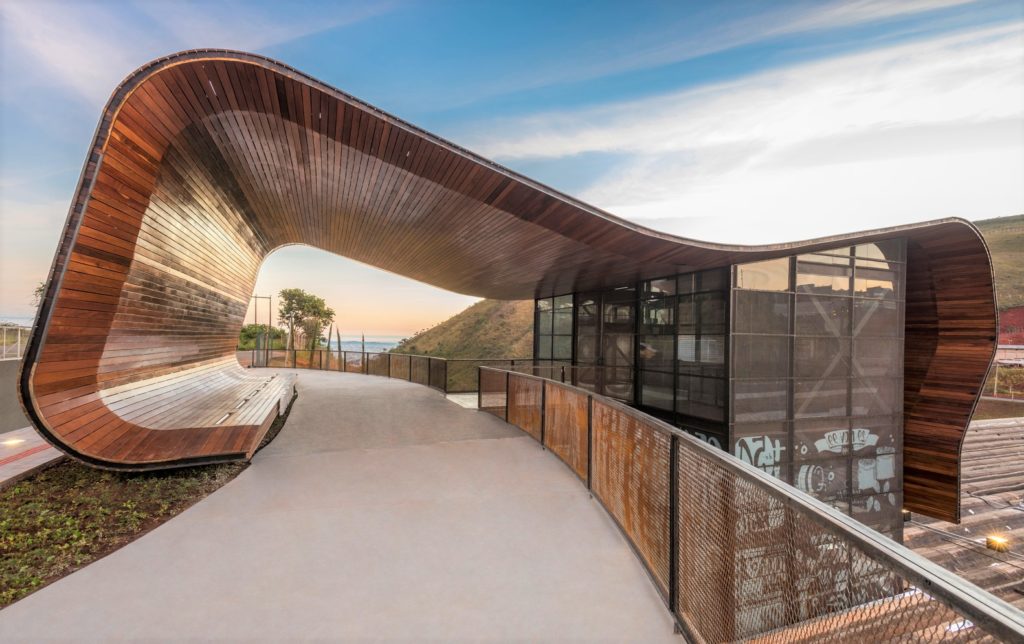 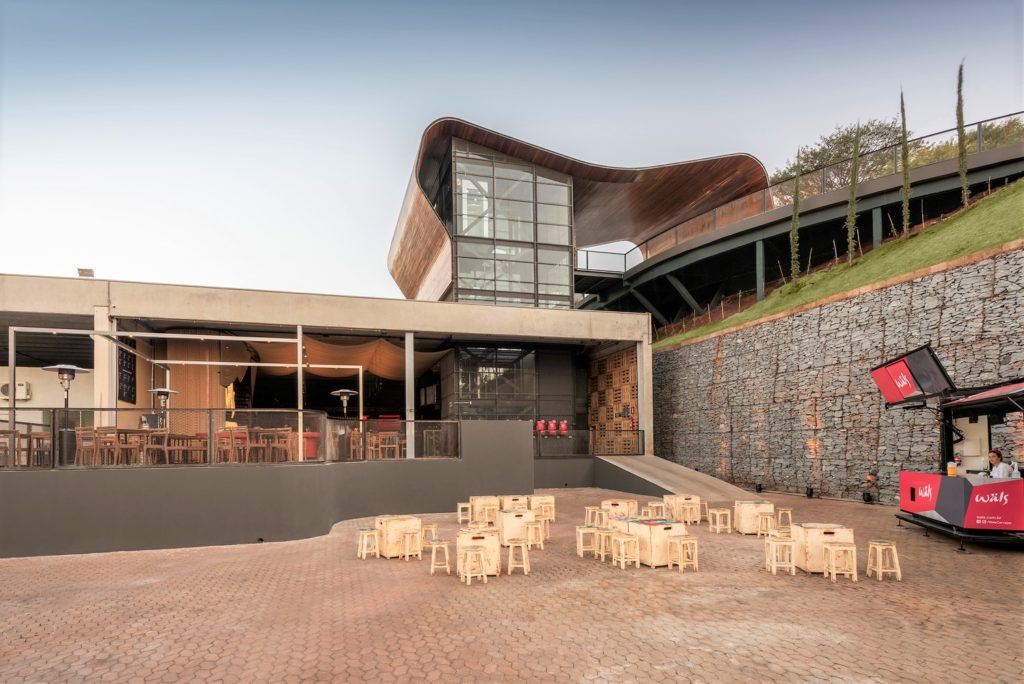 The complex includes a restaurant, shop, office, wine cellar, beer factory and outdoor area for food trucks. The proposal is to create a center of innovation in the sector, as well as promoting the meeting between friends and offering the experimentation of special craft beers. It’s a playful and fun project that shows the union of architecture and beer in a magical way. 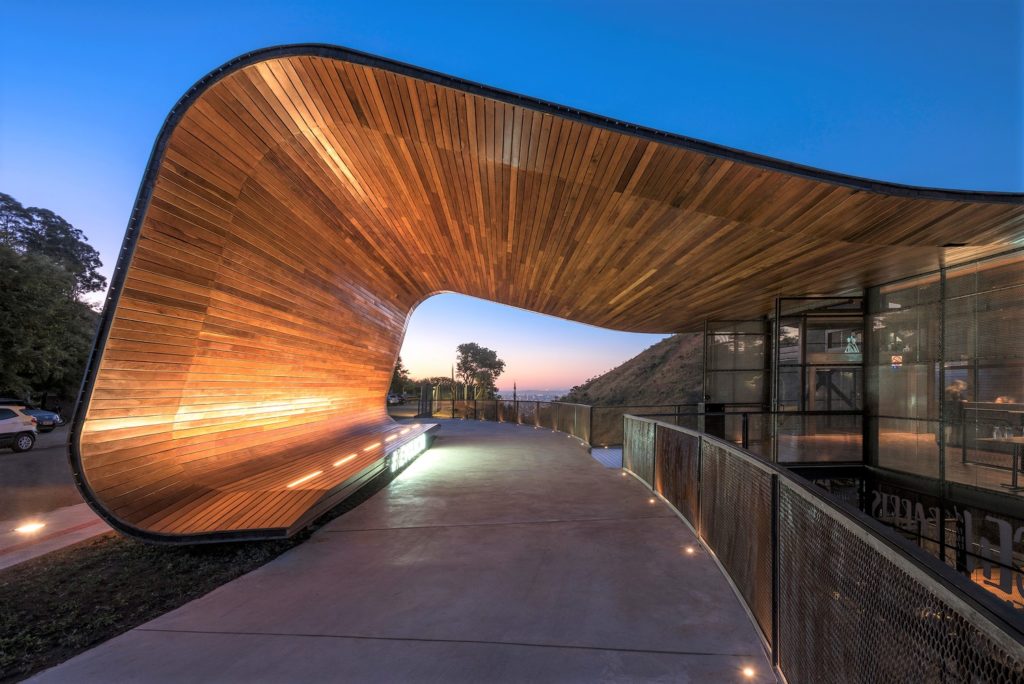 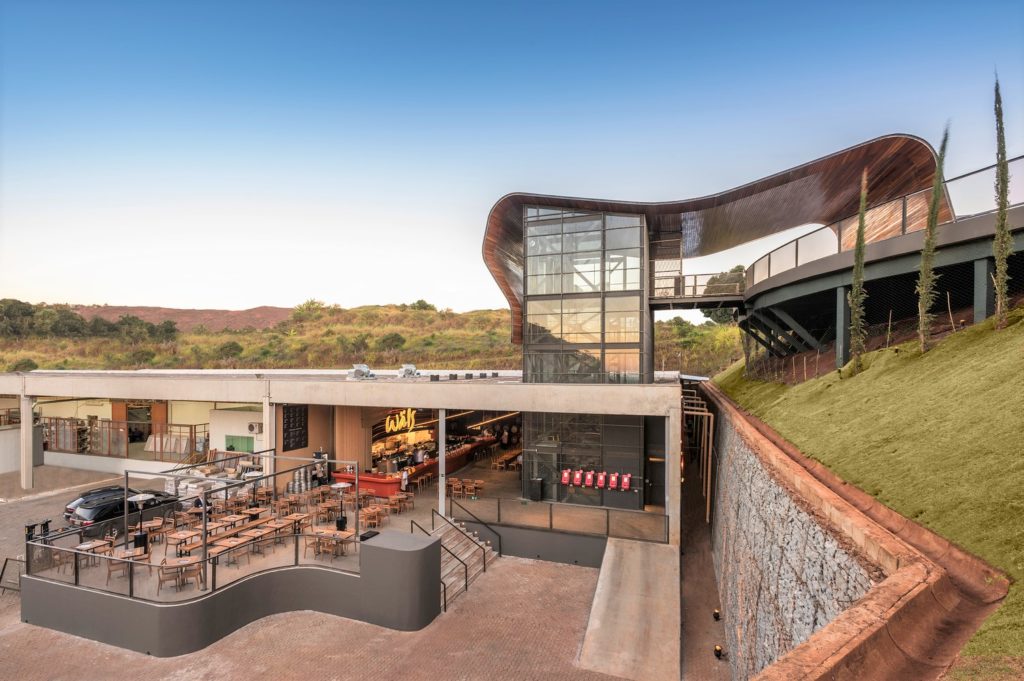 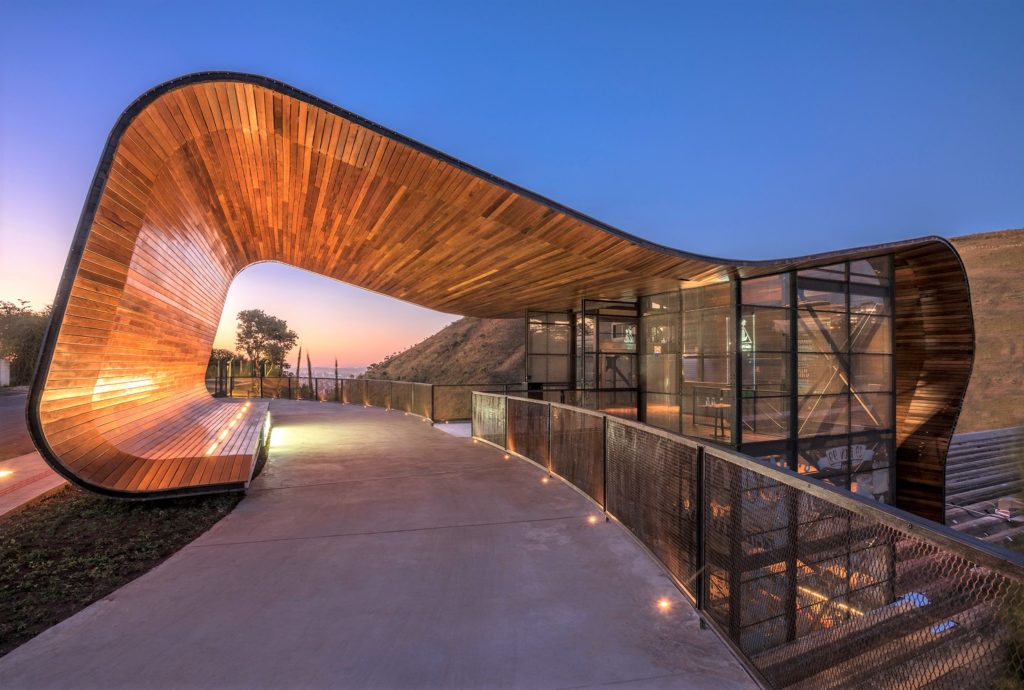 In the interior of the brewery, there is a large balcony in reddish color, a reference to the celebrated English-style India Pale Ale, and a large shelf full of bottles designed especially for the project. Sets of tables for tasting are distributed among hundreds of wooden barrels that frame and divide the ambience. In this one of the largest barrel rooms in the country, dedicated to the aging of beers, more than 100,000 liters of the beverage age and ferment, each label in its own time. Above this space a large canopy delicately made with 135 thousand cork stoppers is hovering, evoking a theatrical environment. 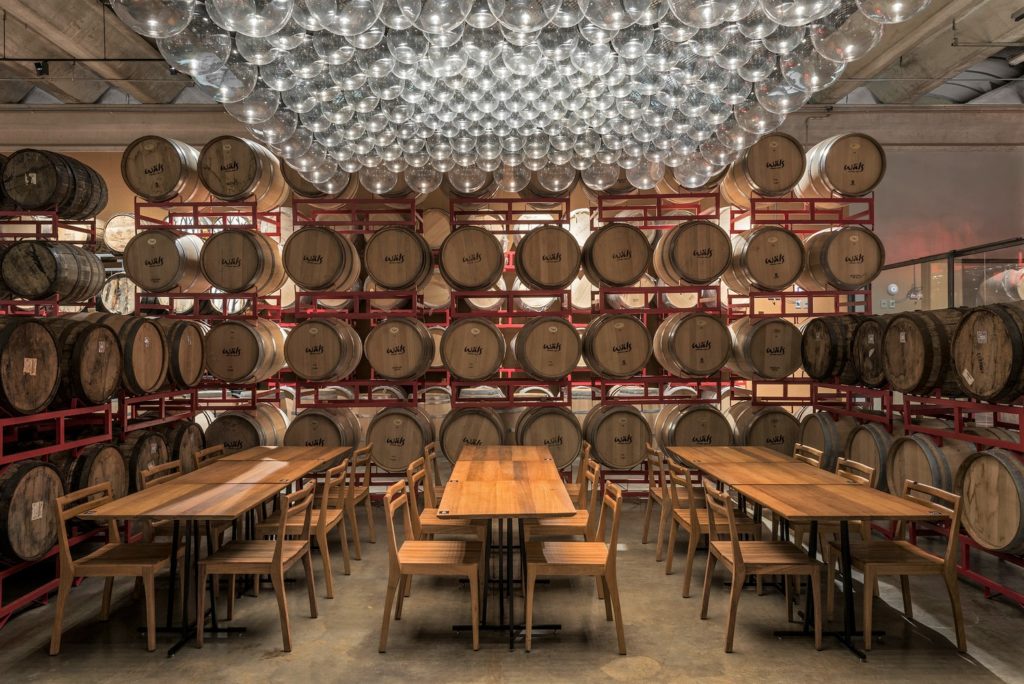 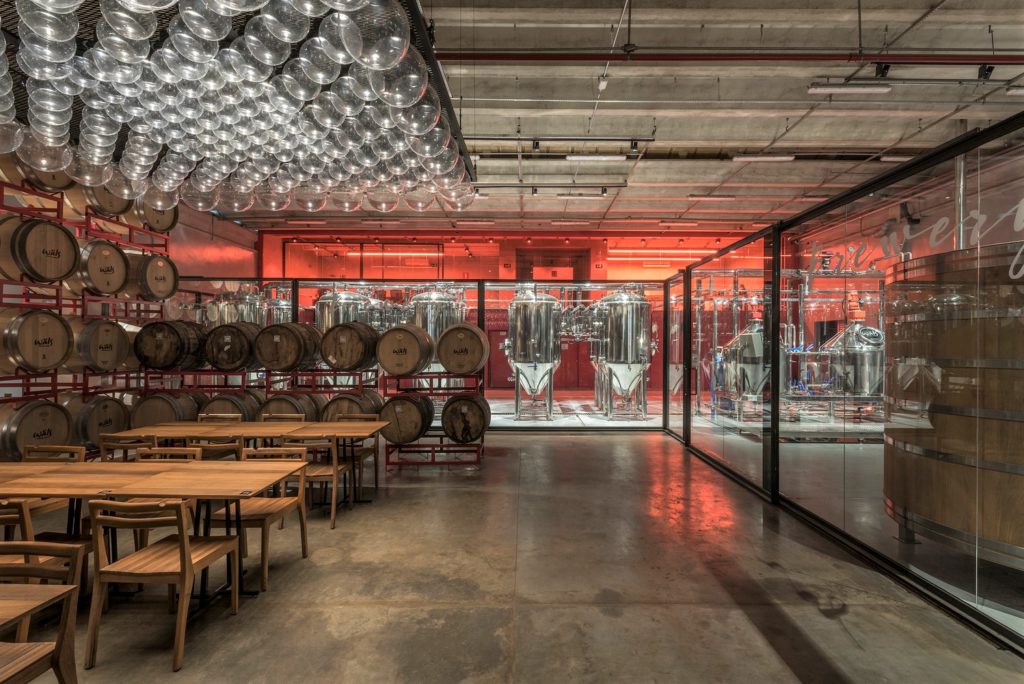 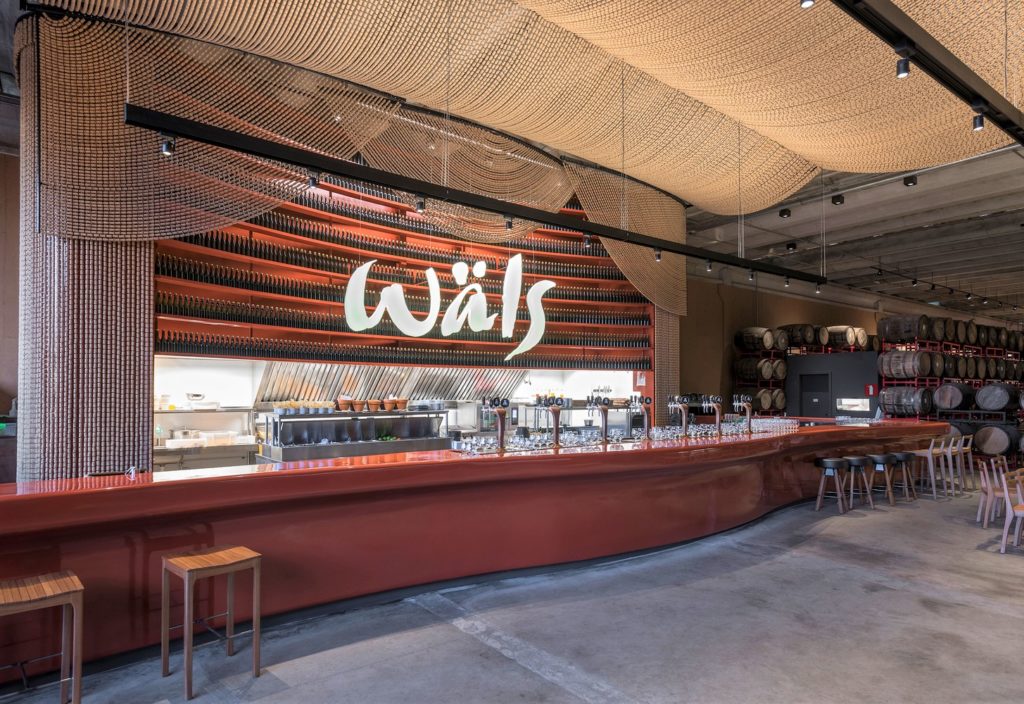 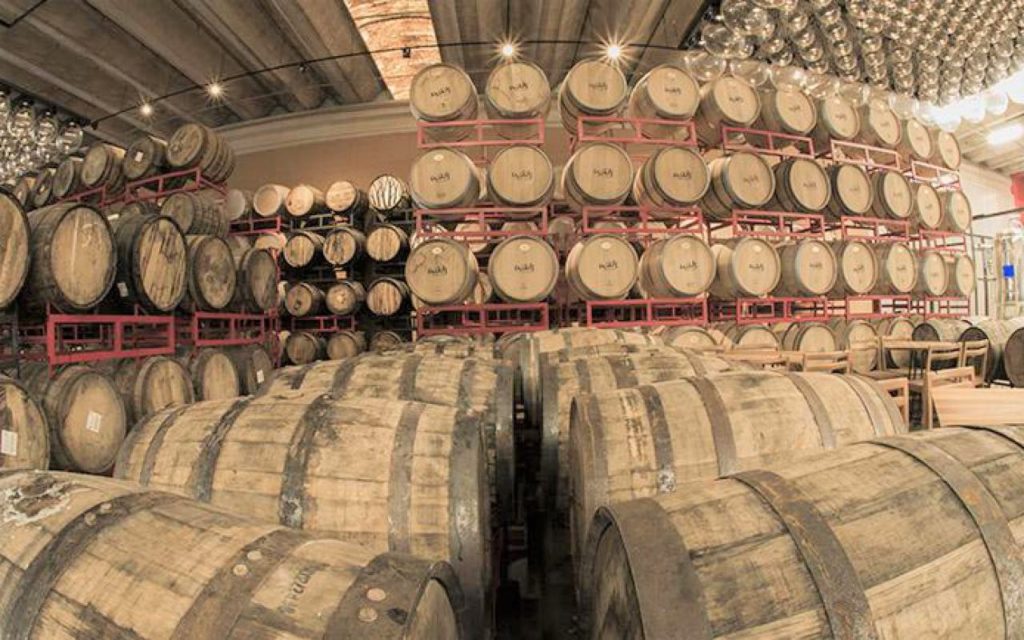 Ateliê Wäls was born through a partnership between Ambev and Wäls, recently elected by RateBeer, the world’s leading brewery ranking, the best brewery in Brazil. The idea arose in 2015 when the brothers and founders of the Minas Gerais-placed  brewery, José Felipe and Tiago Carneiro, had the opportunity to travel the world in search of news in the field. Ateliê Wäls offers 21 tasting draft taps, with some exclusive options, produced on the spot and served from the tap to harmonize with the dishes that come out of the kitchen.