360 POA Gastrobar restaurant is a restaurant-bar complex structured with metal, glass and wood, and a distinctive single-object format. In other words, it is a cylindrical prism, whose appearance evokes the industrial architecture of the 1930s and 1940s, with the intention of almost ‘leaning’ on the waters of the lake that borders the historic center of the capital city of Rio Grande do Sul state, in the south of Brazil. The main structure encompasses the glassy large room, and depicts the technical kitchen and the machine house. 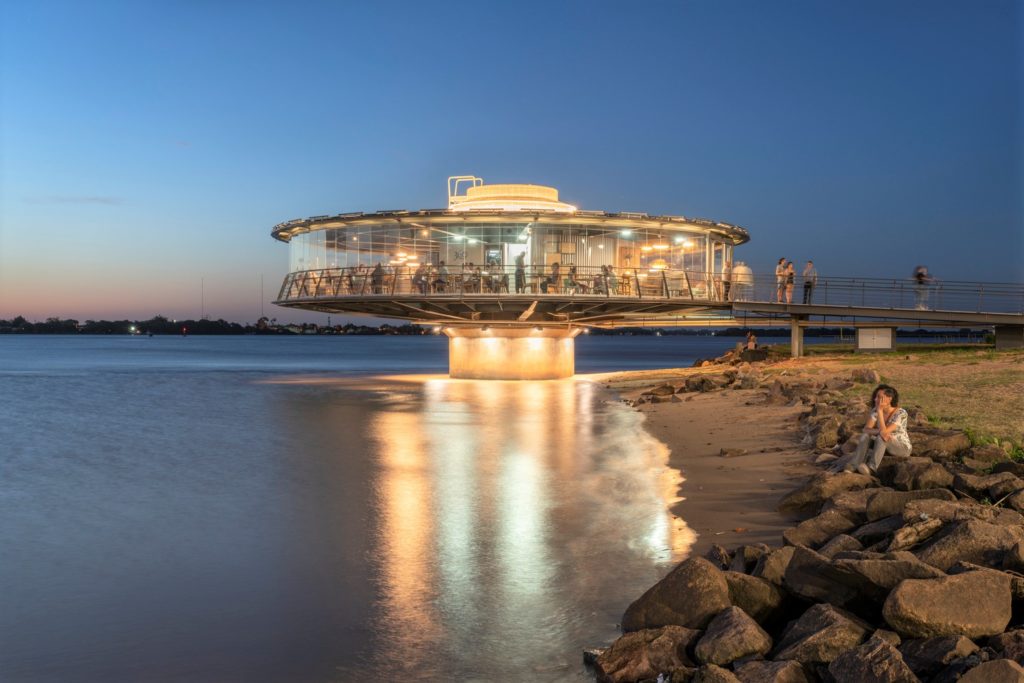 A deck-shaped external plaza is connected to the main architectural element, with the purpose of providing enjoyment of the lake and sunset atmospheres Porto Alegre citizens’ favorite activity. The external area has been equipped with an operational container, where there is bar, a warehouse and staff changing rooms. 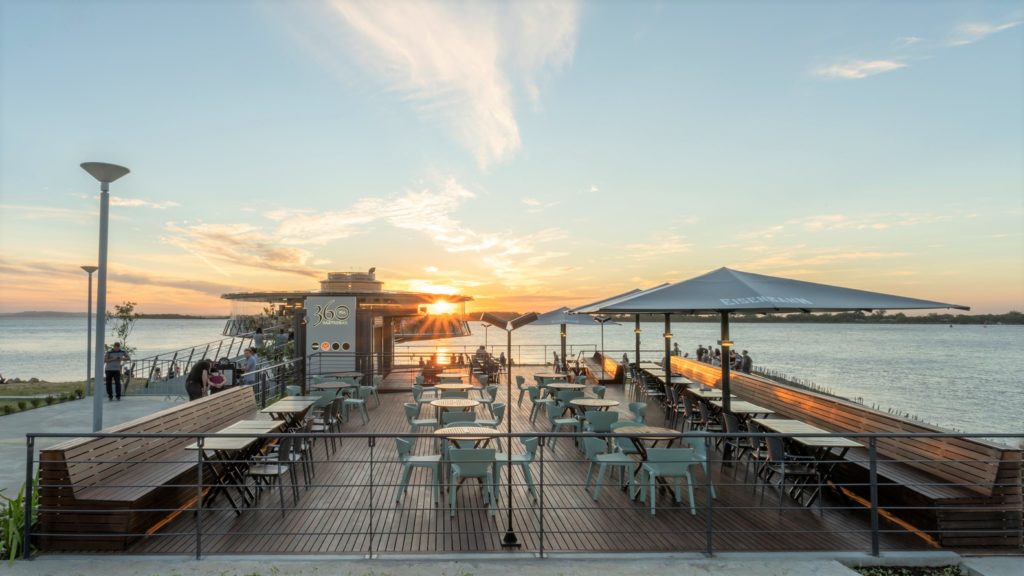 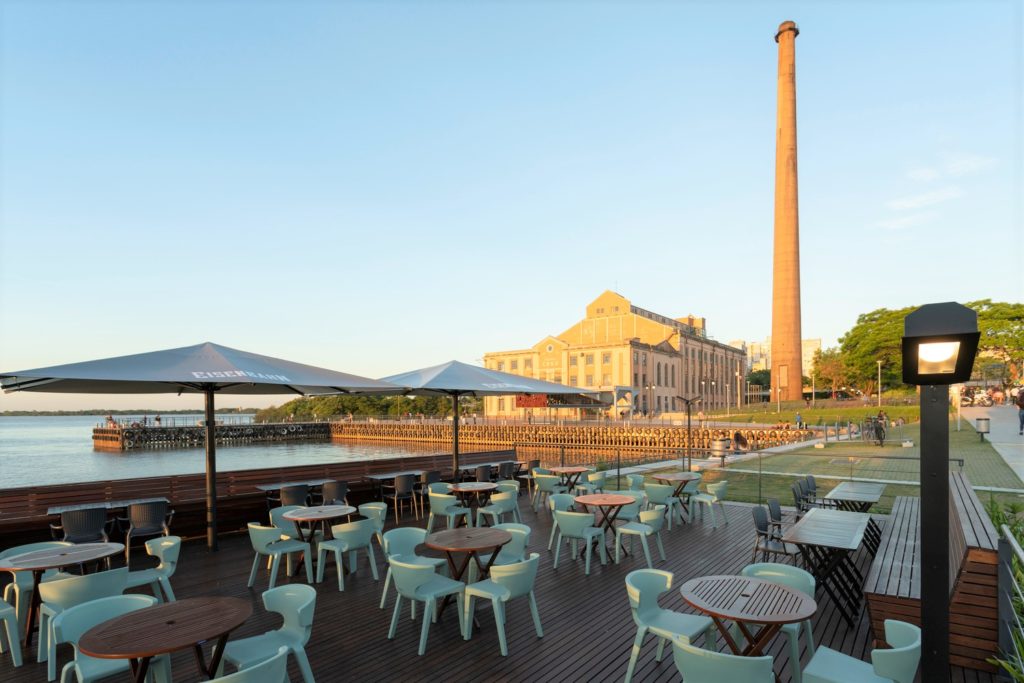 The restaurant is part of the urban and landscape project of the brand new public park called Parque Moacyr Scliar, created in tribute to the namesake gaucho writer. Such park has been ordered by the municipal administration to the Brazilian architect and urbanist Jaime Lerner. 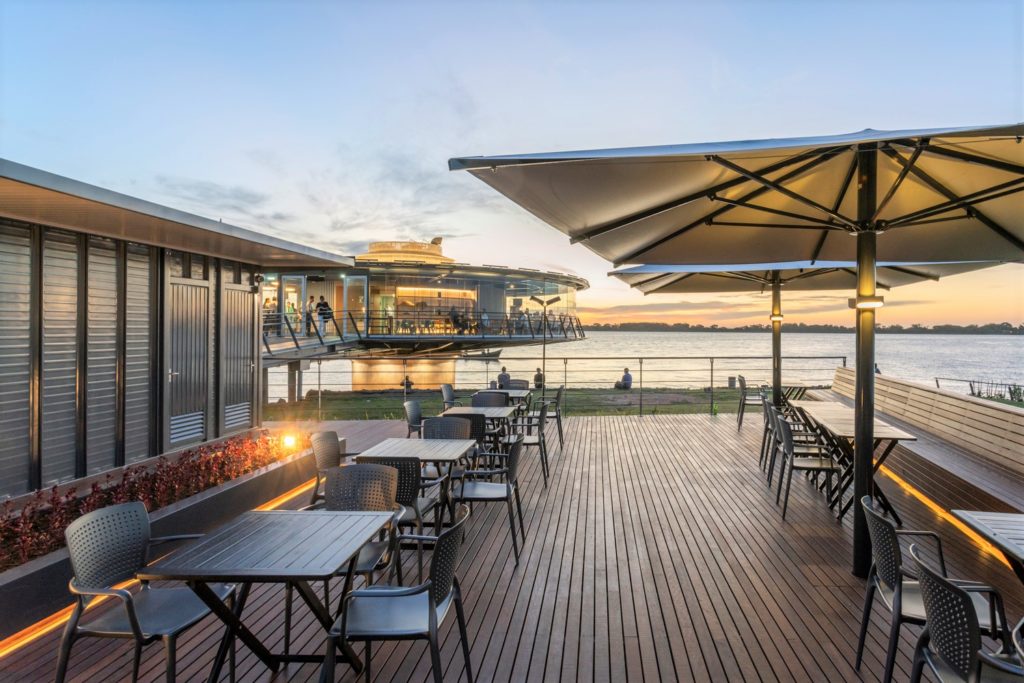 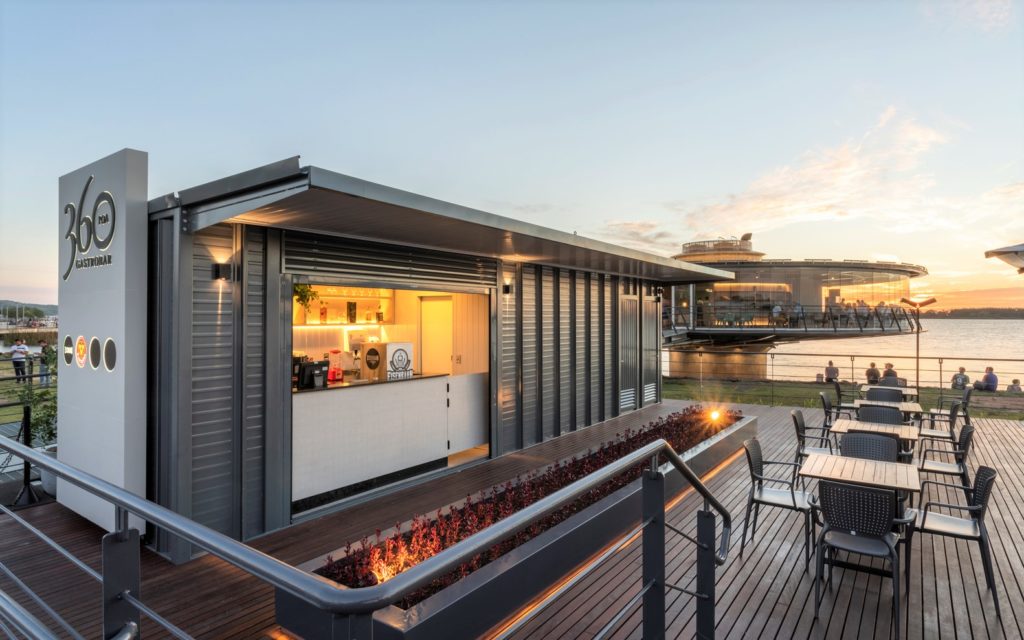 The architectural proposal reveals a light and transparent outline, that literally immerses the estuary water, and exhibits its metal, glass and wood materiality, among which the ceiling, the vertical sealing and the floor are made of colorless glass. 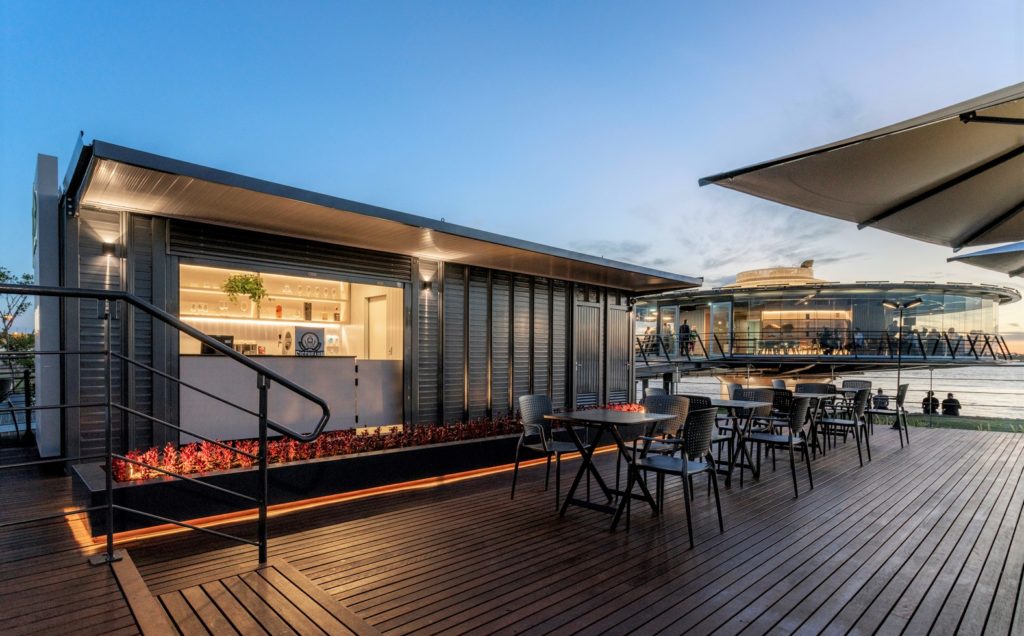 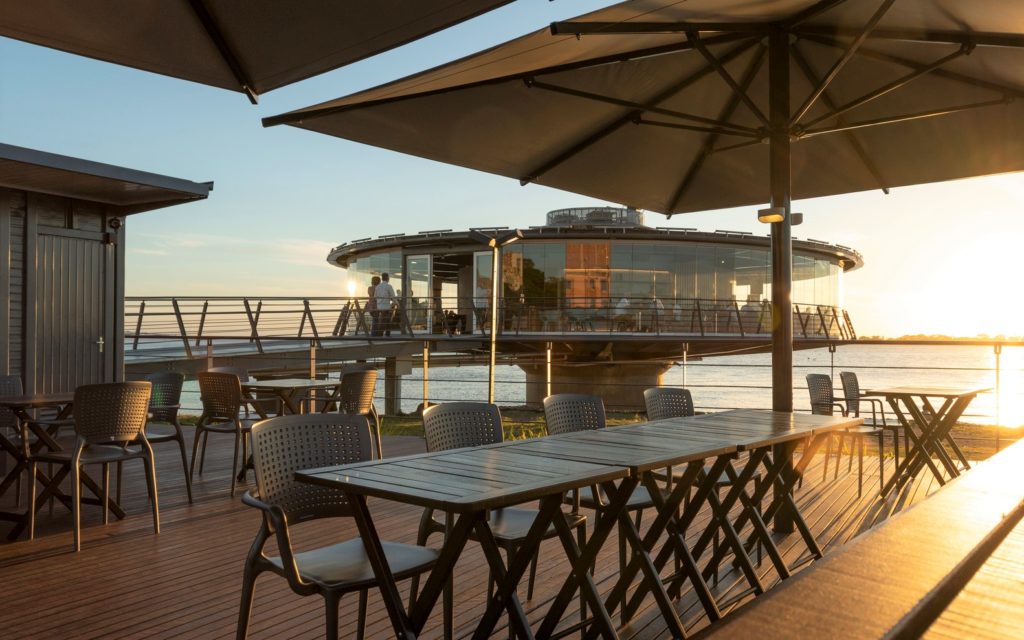 The industrial inspiration fits in the original remembrance of the old power station that used to supply the city of Porto Alegre in the past century. Today, the historical heritage of Porto Alegre declares this power station as a cultural center, with its preserved scenery called ‘Usina do Gasômetro’. 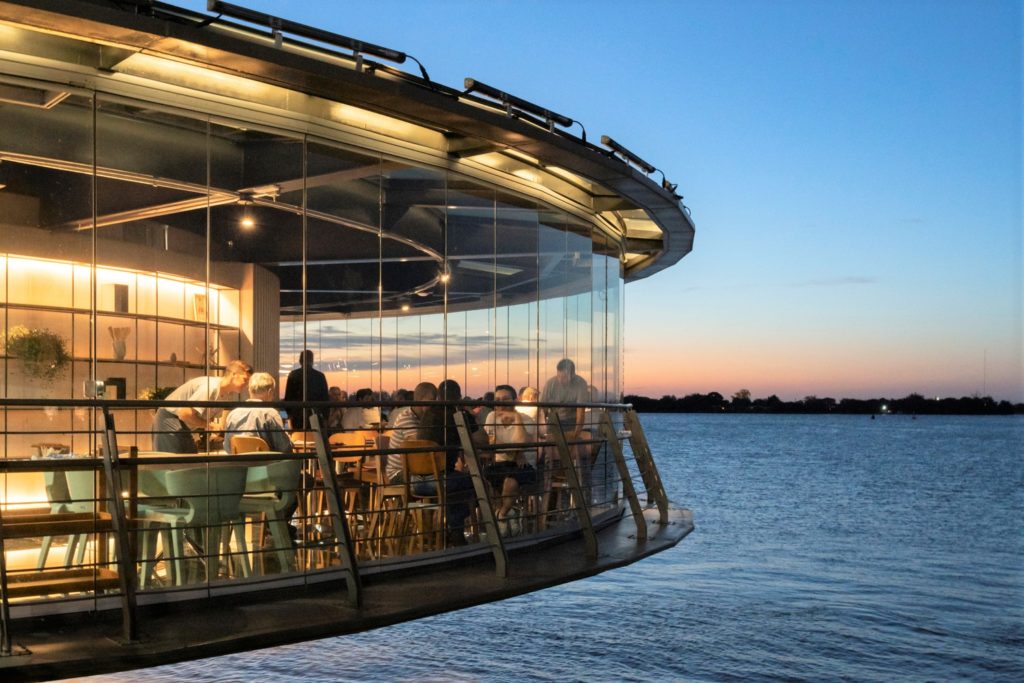 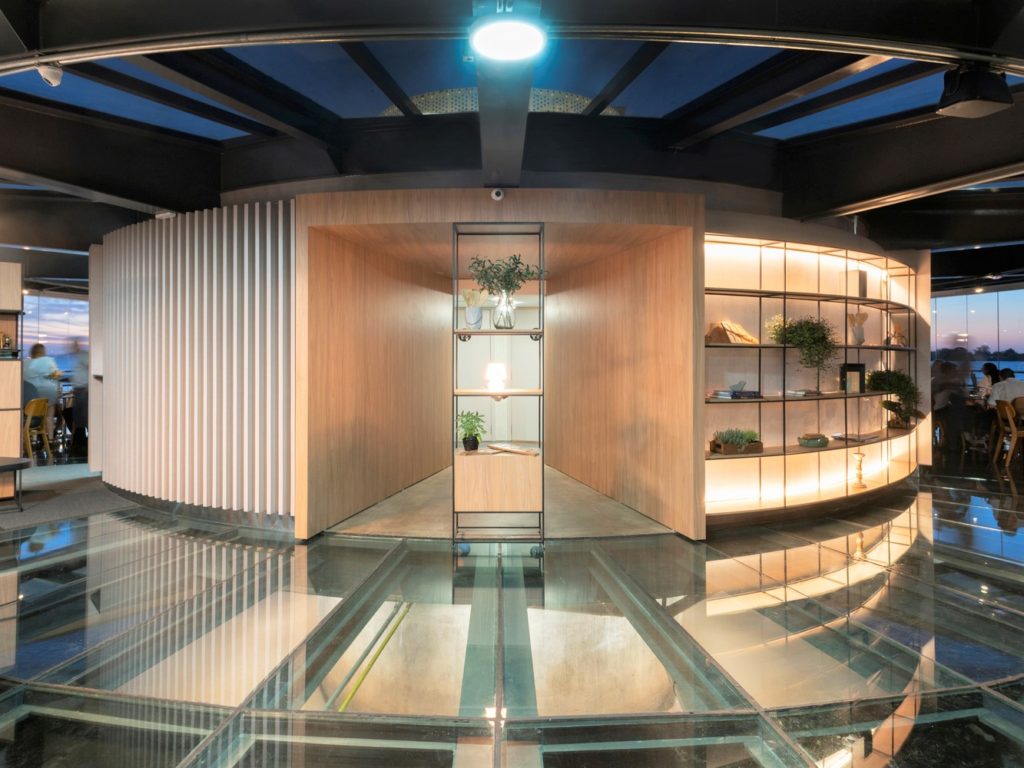 The project has been drawn up on two original assumptions: 1) the user experience for appraisal of such beloved landscape; 2) appreciation of the surroundings, both scenery and historical heritage (city’s old power station building converted into cultural center in the 1990s) and its iconographic relation in the historical center of the city. 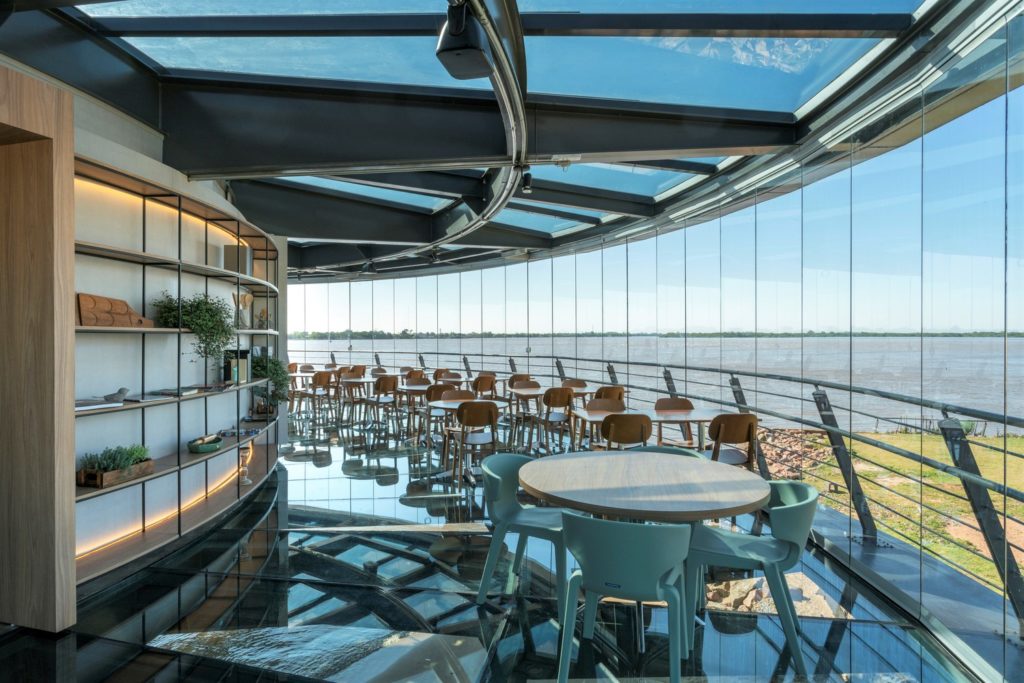 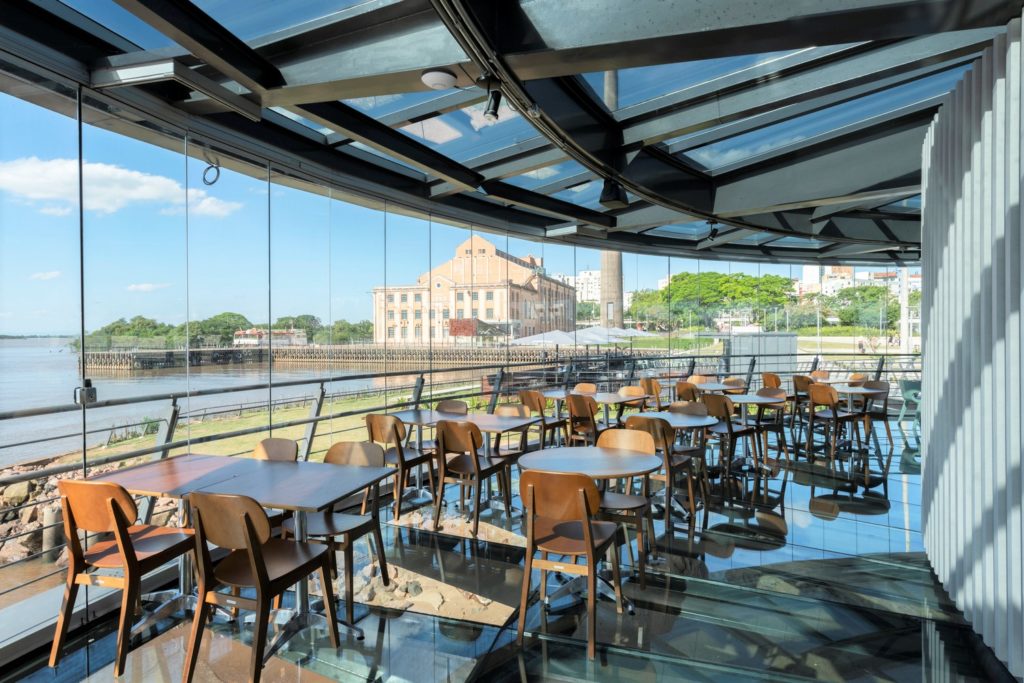 Industrial nature elements have been prioritized with colors and somber patterns, and sustainable materials have been applied in prefabricated structures in order to optimize execution and provide durability and proximity at the nautical areas of the city’s former harbor. 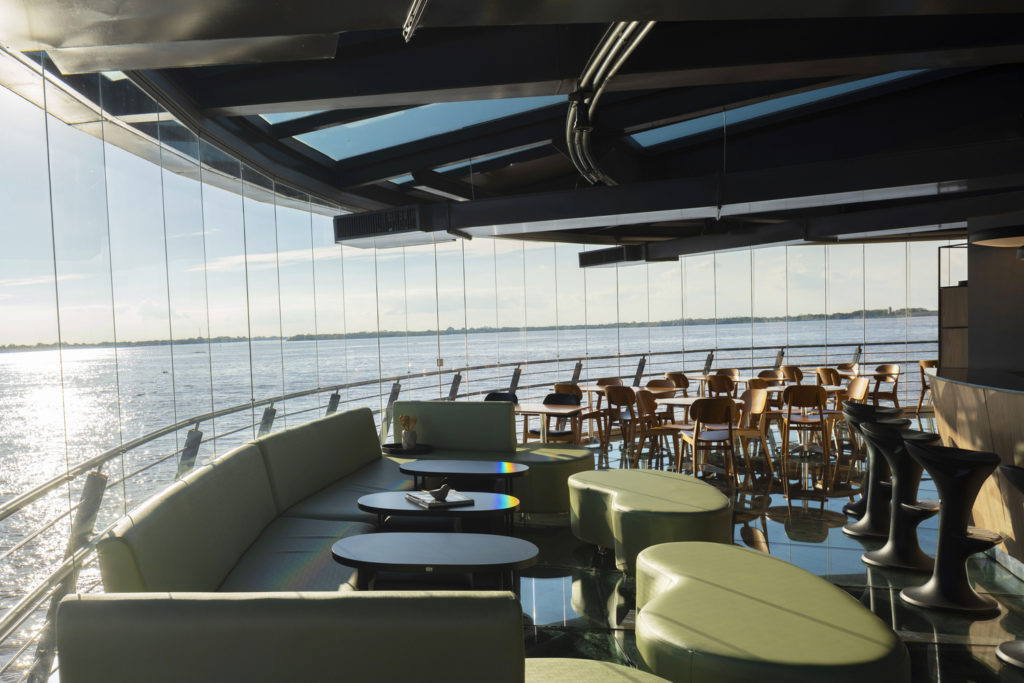 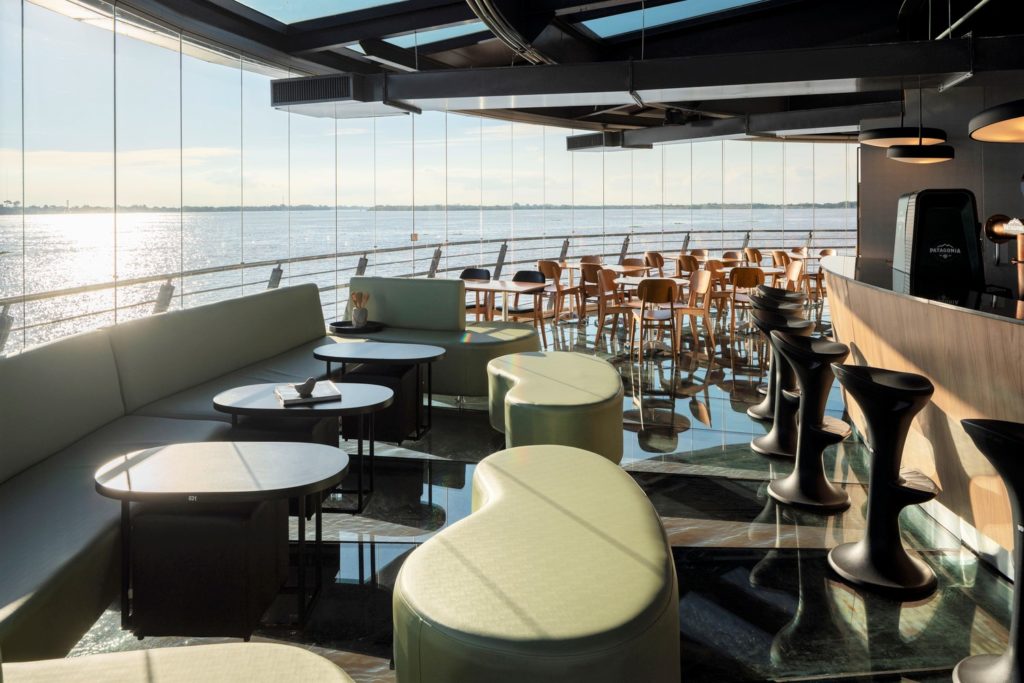 The program has been designed to simultaneously serve 500 people, taking into consideration the internal and external areas. Besides presenting a 40-feet naval container, it reveals a 342-square-meter plaza with natural wooden decks designed for happy hours and contemplation. The internal area of the room presents 300 square meters, designed for lunch and dinner services. 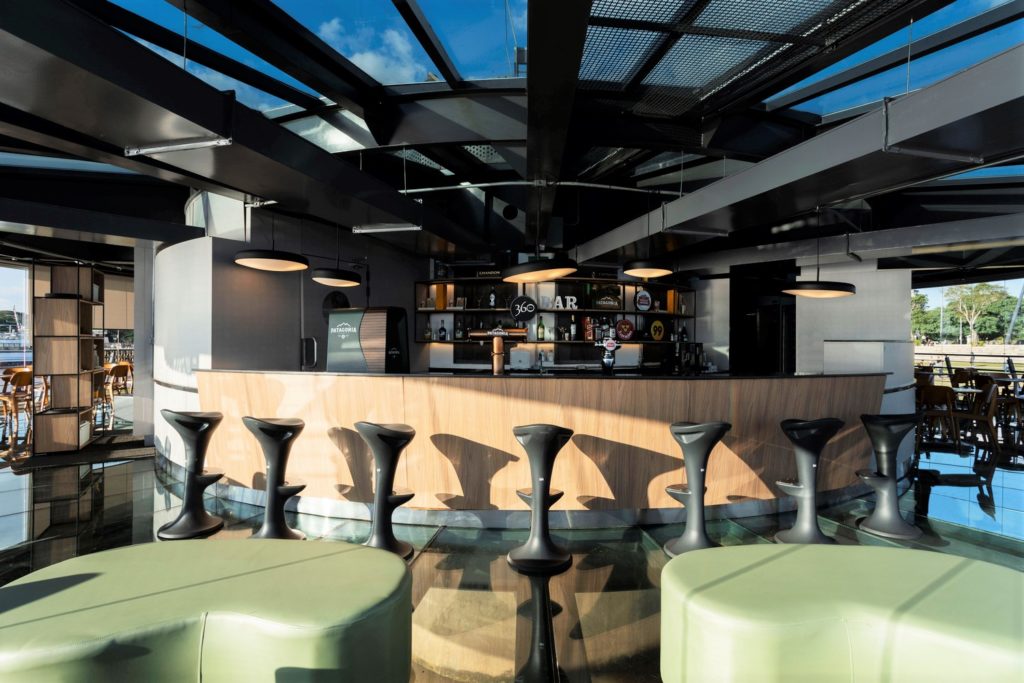 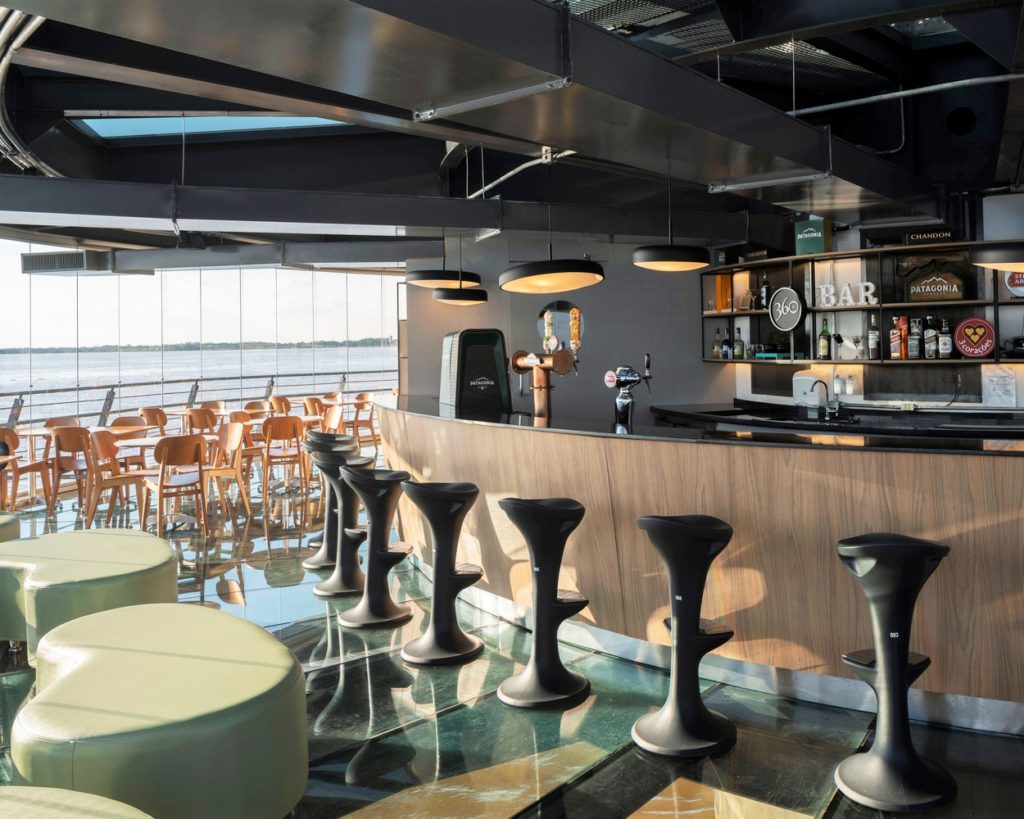 The project includes a landscaping integrated to the park’s pre-existing one. It also includes native plants from Rio Grande do Sul, such as pitangueiras (Eugenia Uniflora, or Brazilian “cherry” trees) planted in pots, and other Brazilian tree species, such as guaimbés (Philodendrons) that welcome the access to the esplanade. 360 Poa Gastrobar, opened in October 2018, has become a touristic, gastronomic and leisure reference for Porto Alegre.