Logan’s Punch is the first bar in Shanghai to serve punch as its feature drink. The word “punch” originates from Sanskrit word panch, meaning “five,” since the drink was originally made with just five ingredients: alcohol, sugar, lemon, water, and tea or spices.  Brought from India to England by seamen and employees of the British East India Company, punch evolved from homebrewed recipes in the 15th century, to becoming a popular sailor’s drink in the 17th and 18th centuries, and has since then been elevated yet further to be served at elite social events. Due perhaps to the nature of its preparation in a shared vessel, what has remained constant throughout time is the communal aspect of punch-drinking. Logan’s Punch bar itself can be likened to the punch bowl, overflowing with a mélange of characters and conversation, a dash of conviviality and intrigue, and of course, a sprinkling of that special secret ingredient. 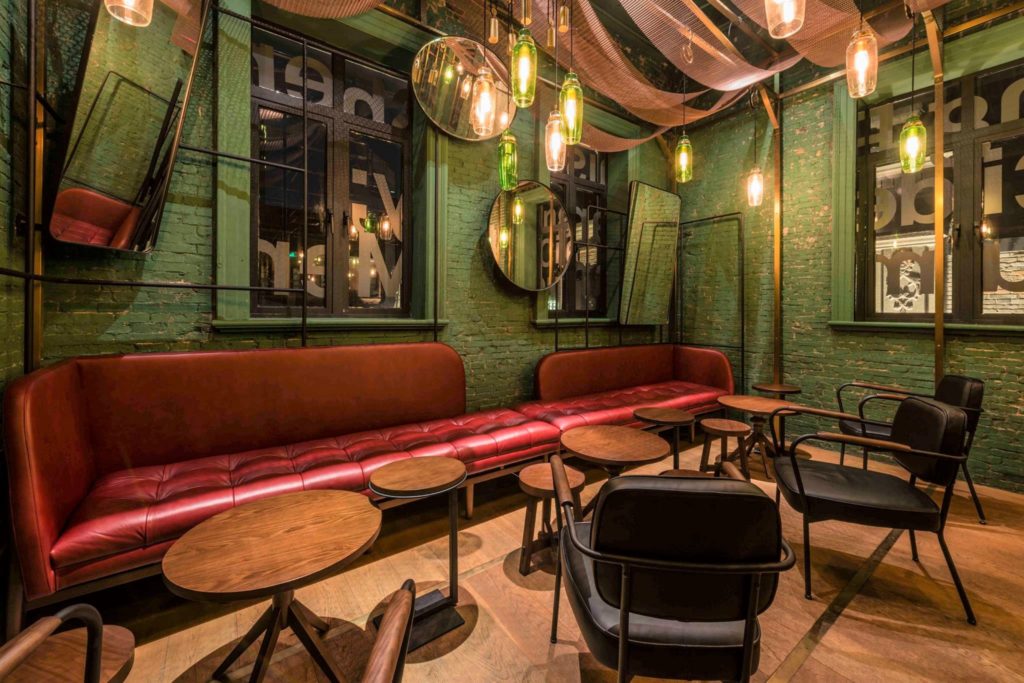 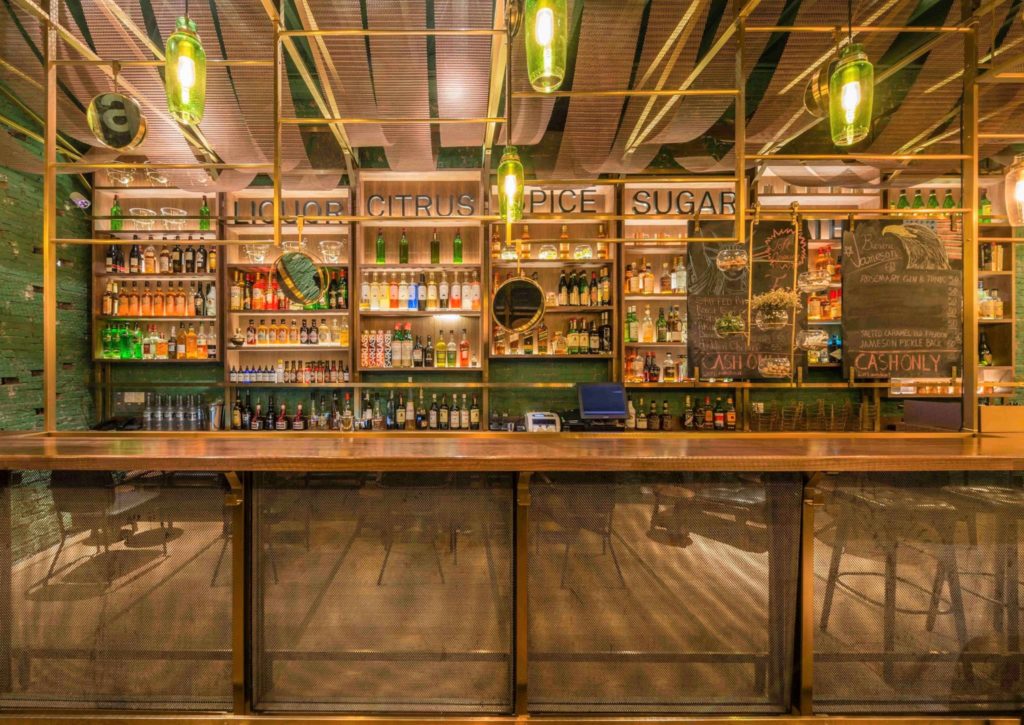 Design for this spaces takes inspiration from the social quality of the bar’s namesake, but interprets it twofold, reminding guests of the drink’s multiple origins, harkening simultaneously to both low-brow and high-brow cultural references. Crossing the threshold of a collaged gate of metal, wood and glass, one enters into a narrow passage. This entry corridor is envisioned as an alleyway, not unlike those that define Shanghai’s old urban fabric—an exhilarated blurring of public and private spaces and an intersection of communal and domestic activities. 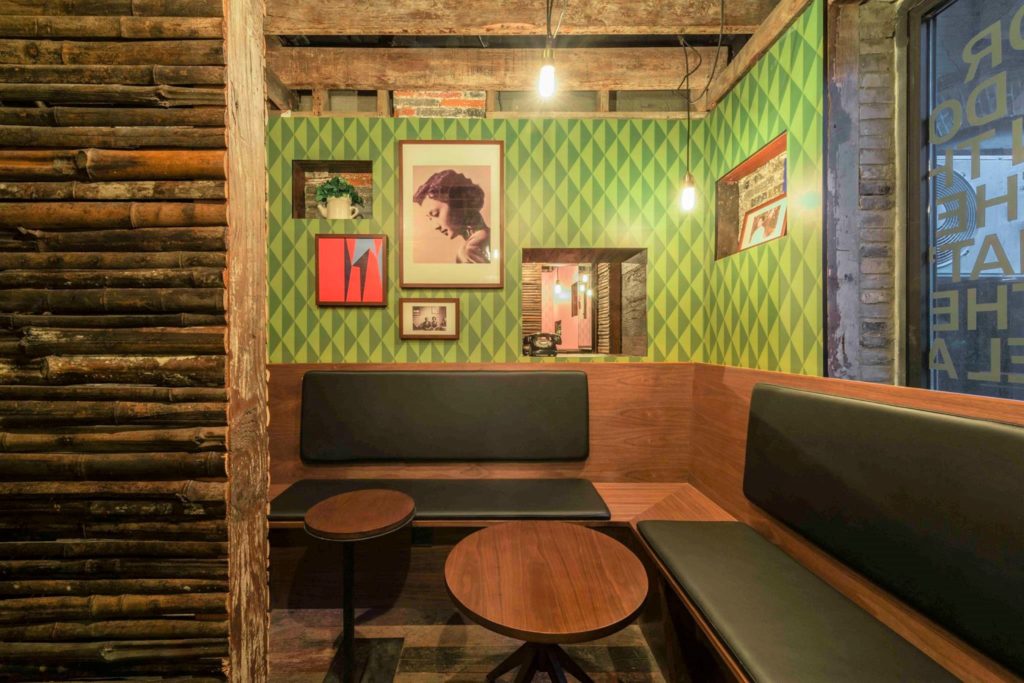 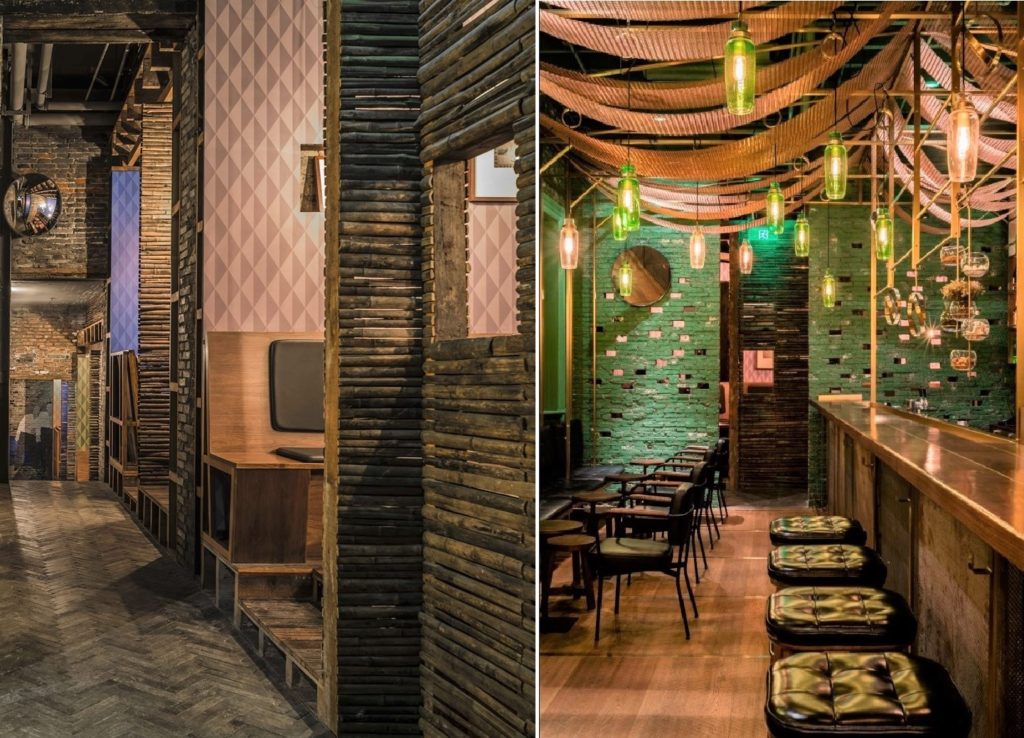 In Logan’s Punch the alley defines not only the access but also the separation between these two contrasting aspects: the grand hall on the left is an open and sumptuously draped enclosure featuring the main bar, while the series of alley rooms on the right are mysterious and strangely intimate pockets of space for smaller gatherings. 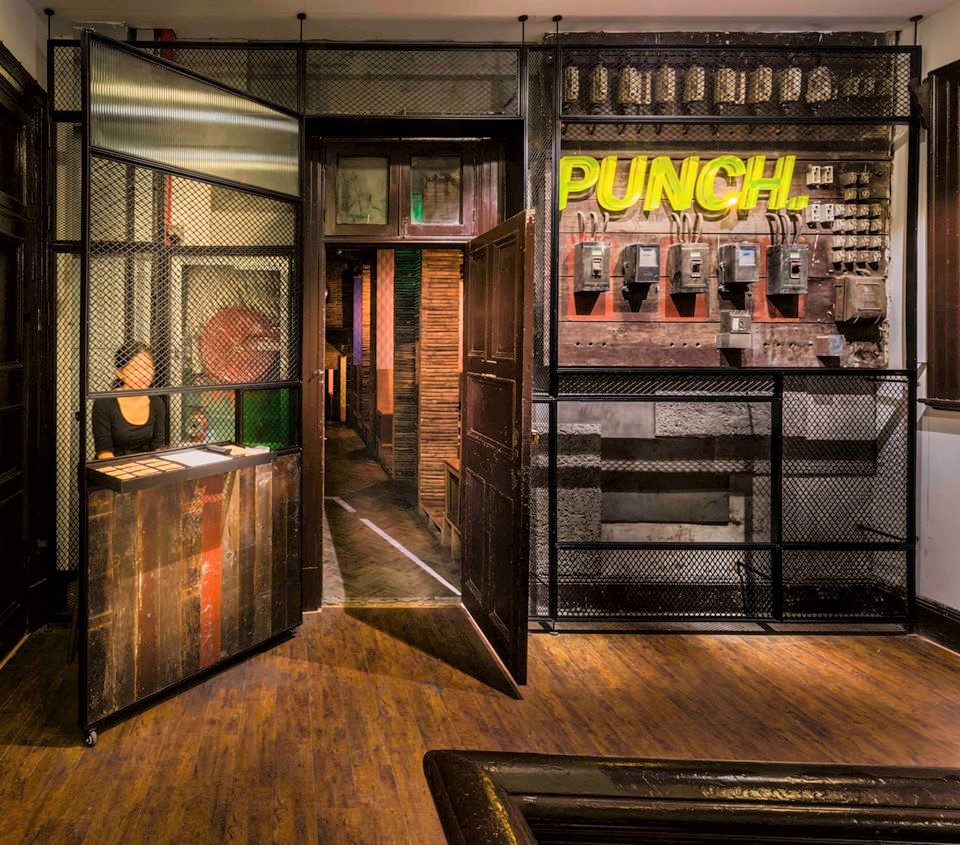 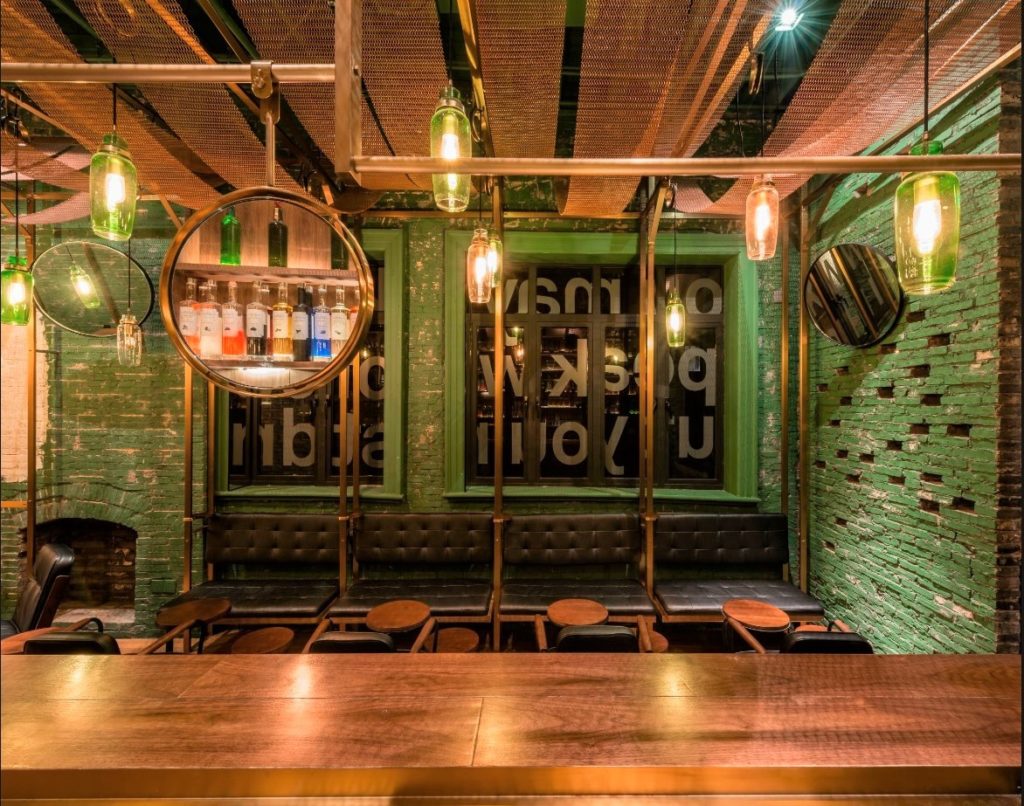 The alley rooms arranged collinearly along the corridor appear as if cut sectionally along one side, forming picture windows that frame and unveil the intimate ongoings within each room. Timber framing mimics the construction of traditional houses, while decorative elements—custom designed wallpaper, framed graphics, and found objects—contribute to sense of nostalgia and humble domesticity. 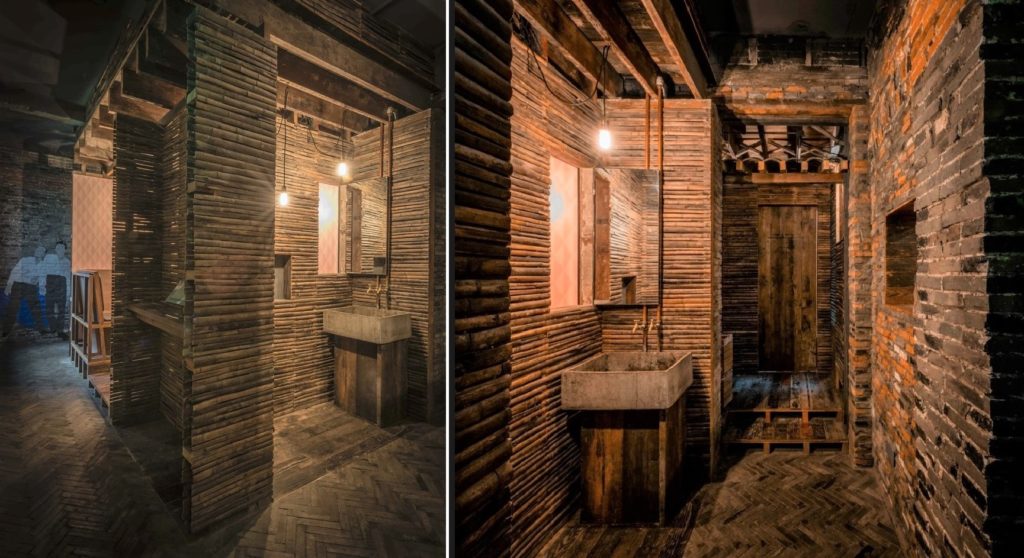 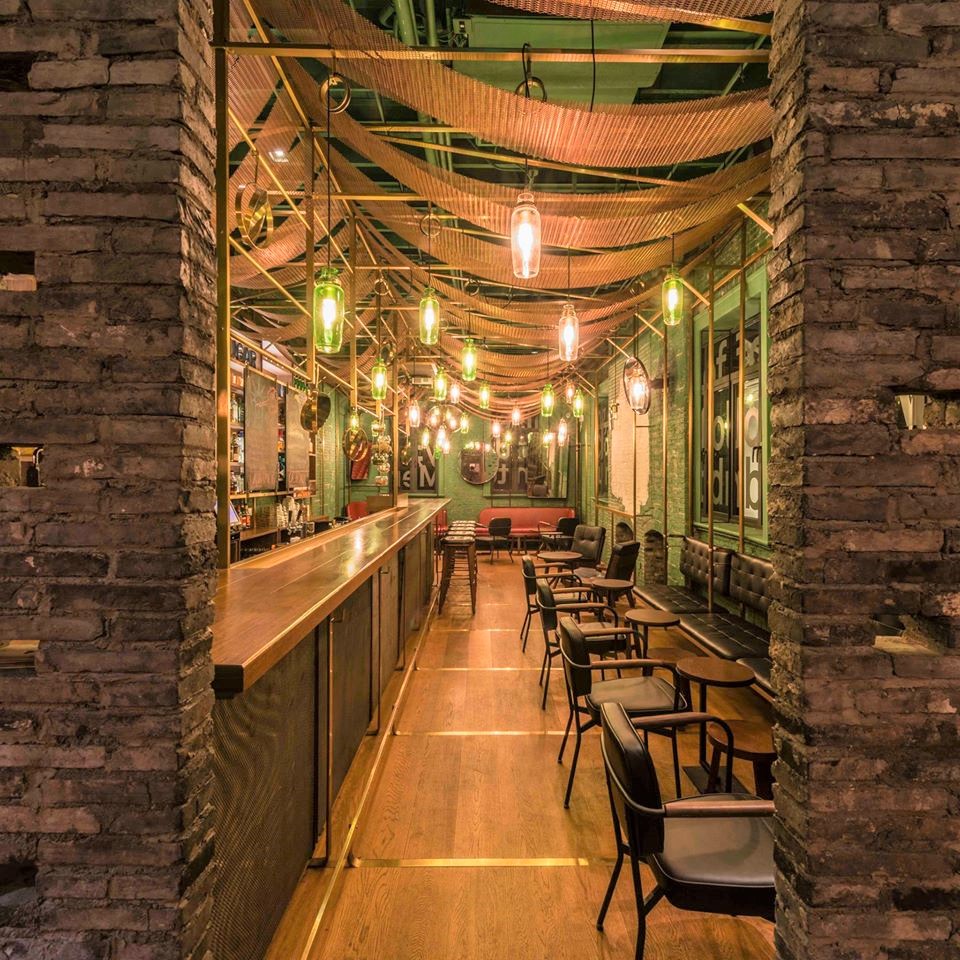 The restrooms at the end of the corridor feature a solid concrete sink that is modeled after those frequently found in Shanghai alleyways for communal use, a tribute to the fast-disappearing vibrancy of traditional lane house living. 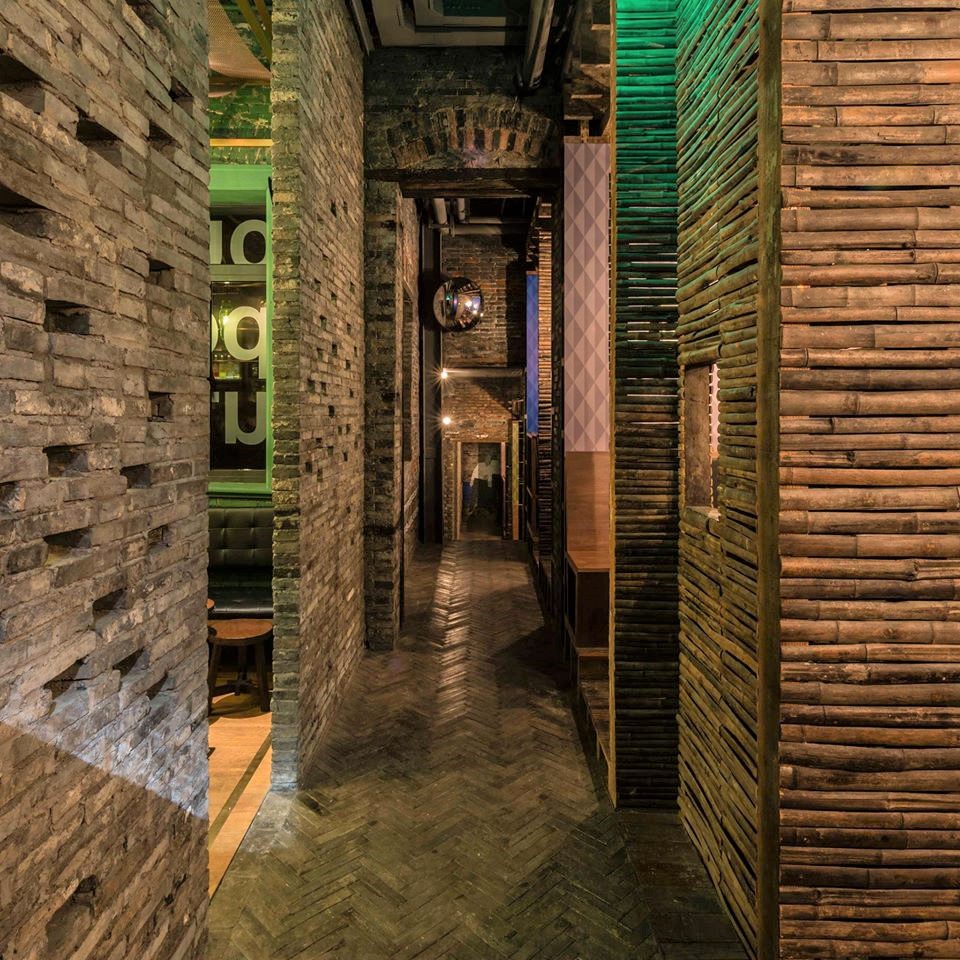 Contrasted with the darker, more intimate spaces of the alley, the public hall on the opposite side celebrates punch-drinking as a glamorous and sophisticated affair. The space is framed by delicate brass metal structures and draped copper mesh, creating a permeable sense of enclosure, while forming the main apparatus for attaching a variety of embellishments—green glass pendant lights on pulleys, shelving for bottles and display, hooks for glassware. These along with the leather wrapped banquettes and wide oak floorboards add to the overall sense of warmth and charm. Strategically placed mirrors, glass and reflective surfaces build intrigue and theatricality, allowing unexpected views and moments of surprise and delight. 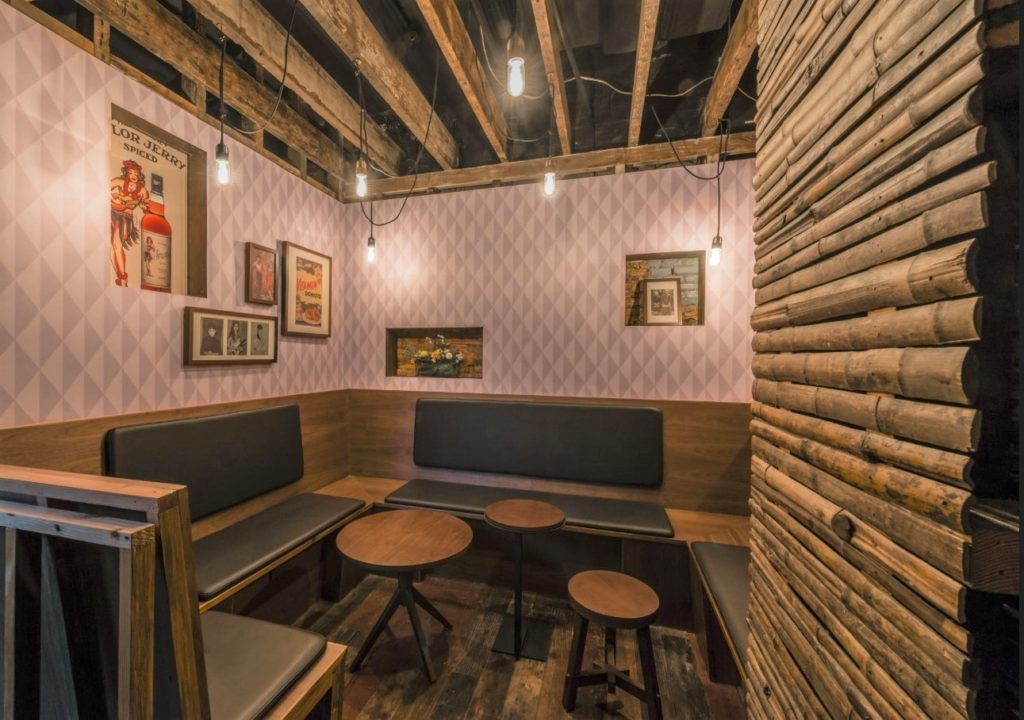 Intricate yet playful, Logan’s Punch embraces the whimsical nature of its feature drink.