L’Atelier opened its doors by Ximena Pastor and Eric Ortuño with the objective of surprising the city of Barcelona, and it has certainly delivered. 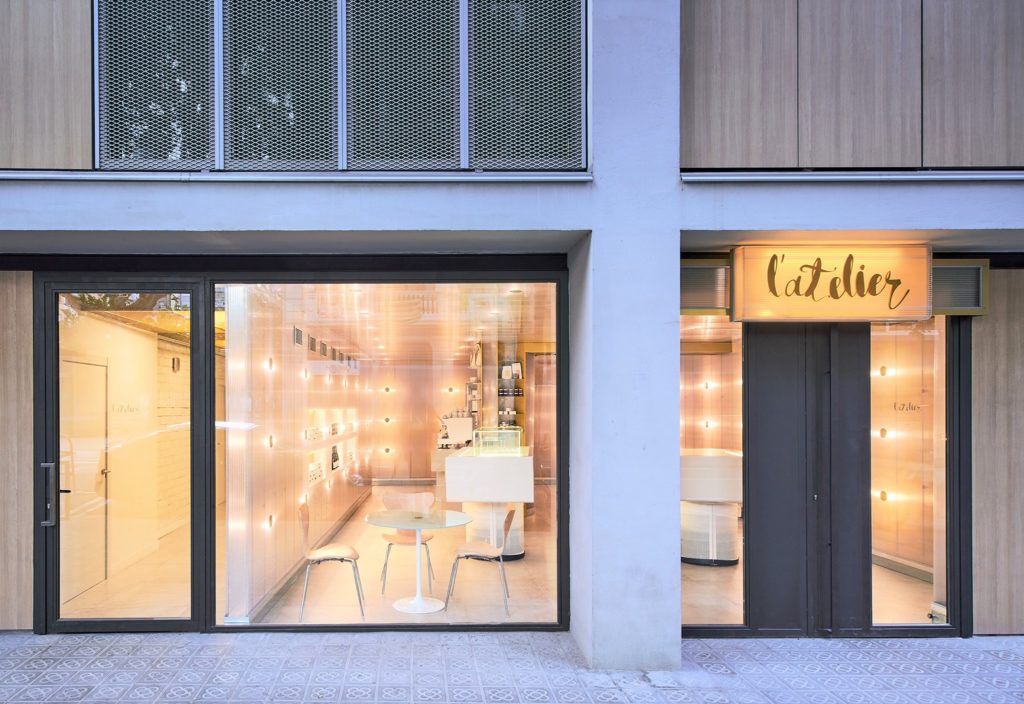 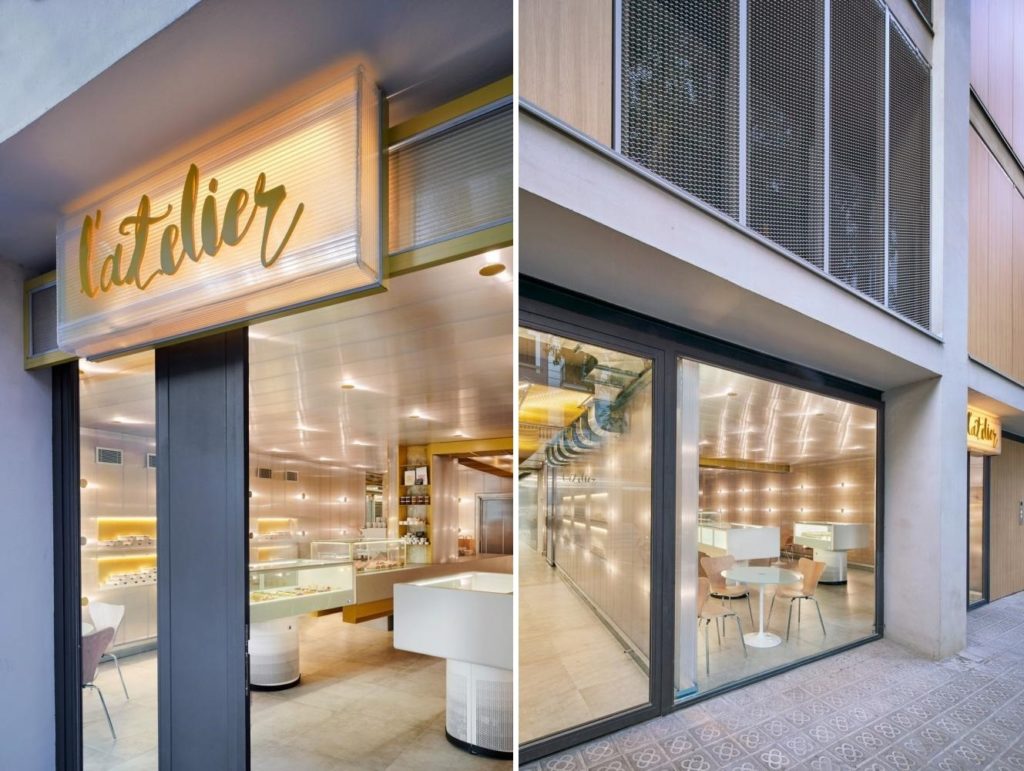 An atelier is a laboratory made for experimentation with raw materials related to art. These workspaces are places which normally present a disordered, chaotic and magical image.
The name L’Atelier is a declaration of intentions in itself. Eric and Ximena want to show the world their creative universe, without hiding anything. Virginia wondered: Why not merge the apparent chaos of the workshop with the perfect harmony of the pastry boutique into a single space? 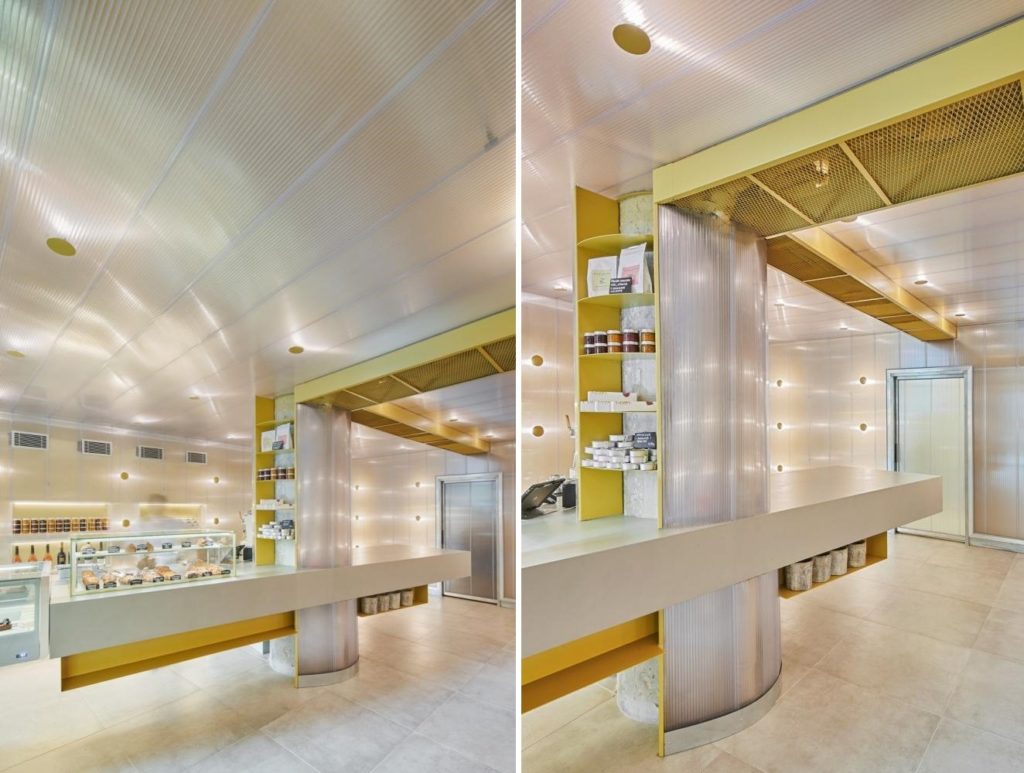 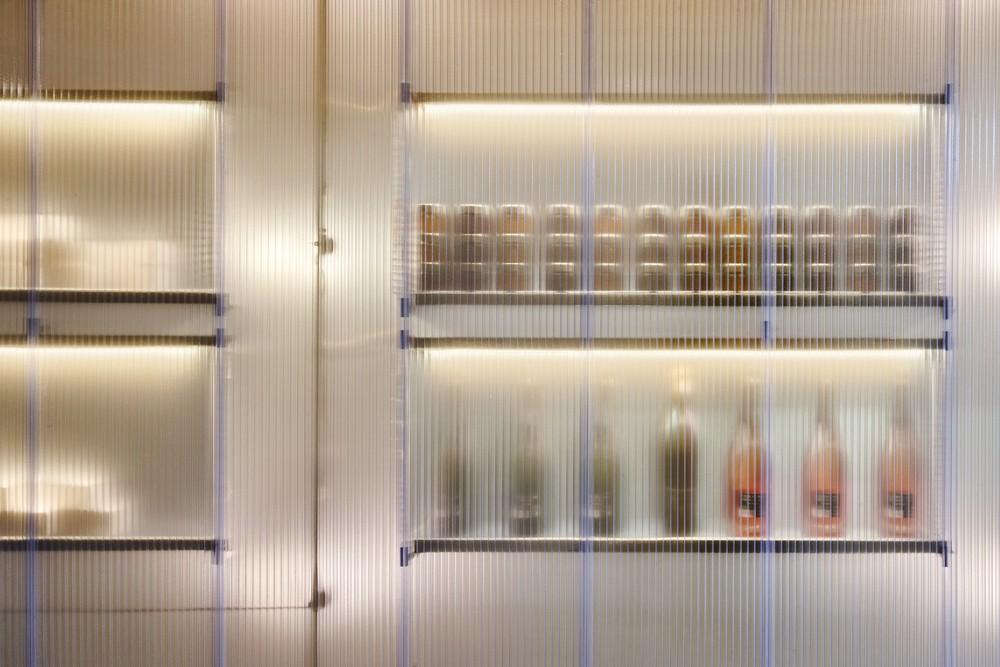 This was carried out by the team of architects, capable of giving life to a risky but captivating idea: they left the premises as they were, with their imperfections and installations in sight, and covered it with only a delicate inner skin: a layer of glass just like a jewellery case. In this way, two supposedly contrary worlds were united by a dual architectural complexion; an existing, rugged and imperfect layer, and another new, beautiful and delicate layer.
The thermoclay block that forms the vertical walls, the slabs and columns of exposed concrete, wiring, pipes and downspouts are all visible.
They have deliberately not been hidden. However, this bareness, somewhat hostile, faces a pure and sophisticated interior envelope.
The construction of a transparent glass box, as if it were a jewellery case, separated twenty centimetres from the walls of the store, has the effect of turning any pastry creation into a small jewel framed in its showcase. 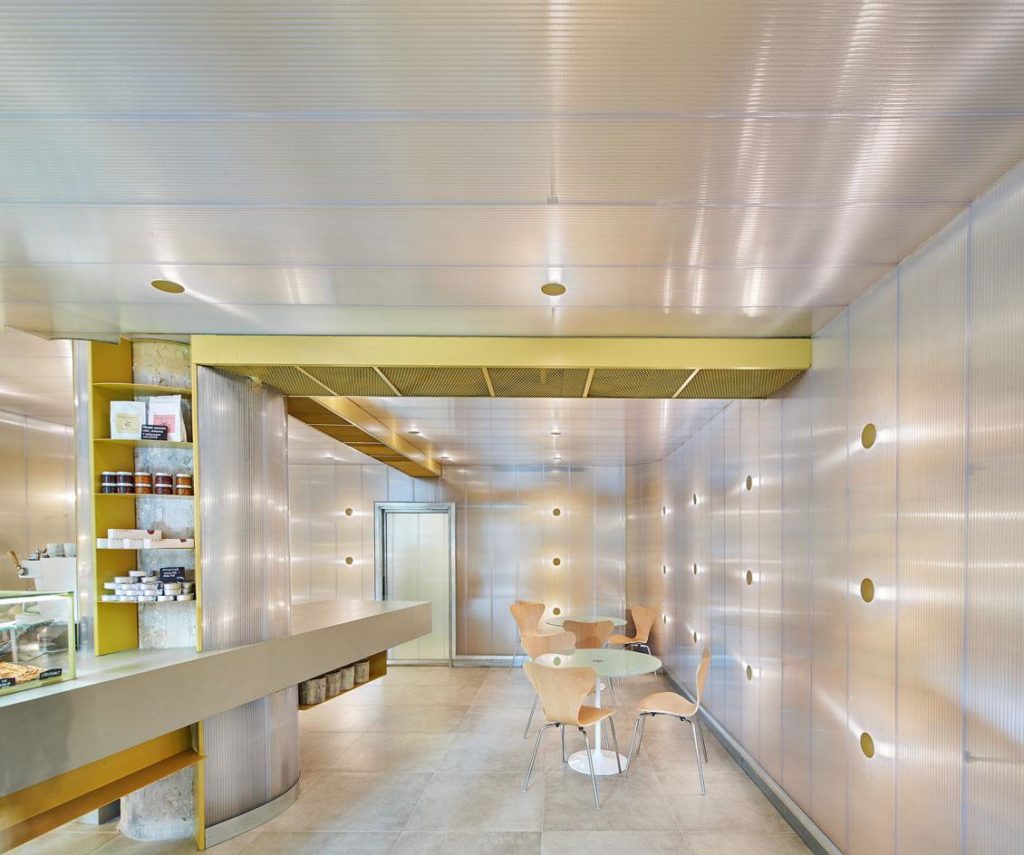 To built a “glass box” was used a semi-transparent polycarbonate panel, that was easy to handle and shape. Once completed, the outcome reveals the original state of the room in a disguised and diffused manner. 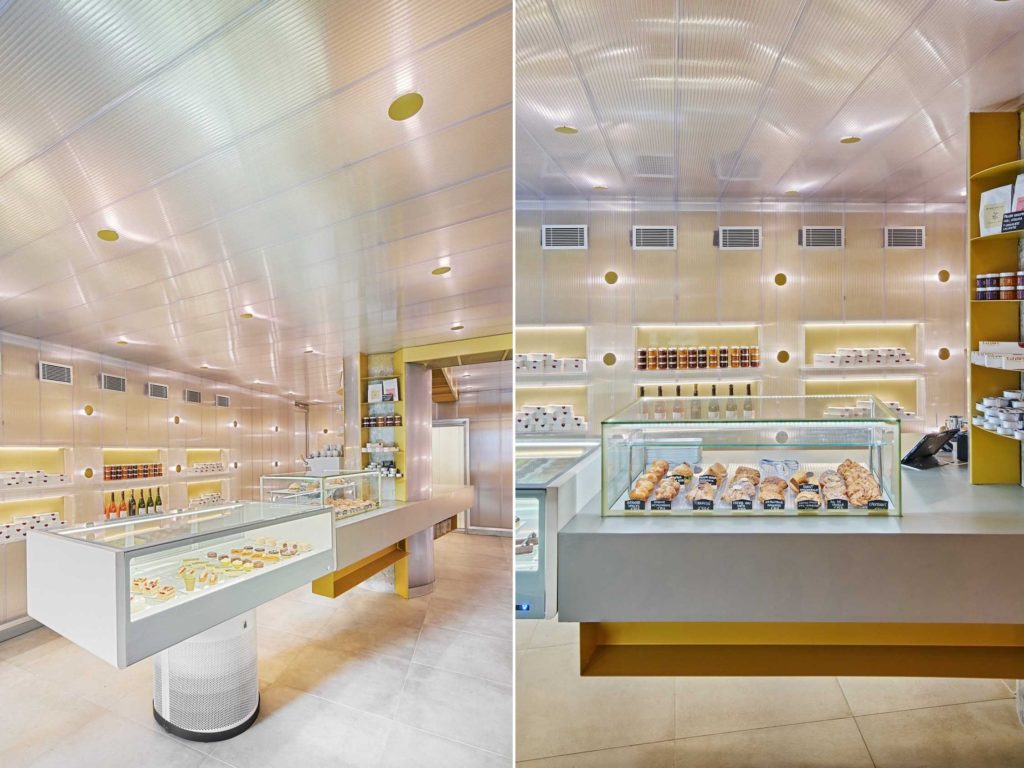 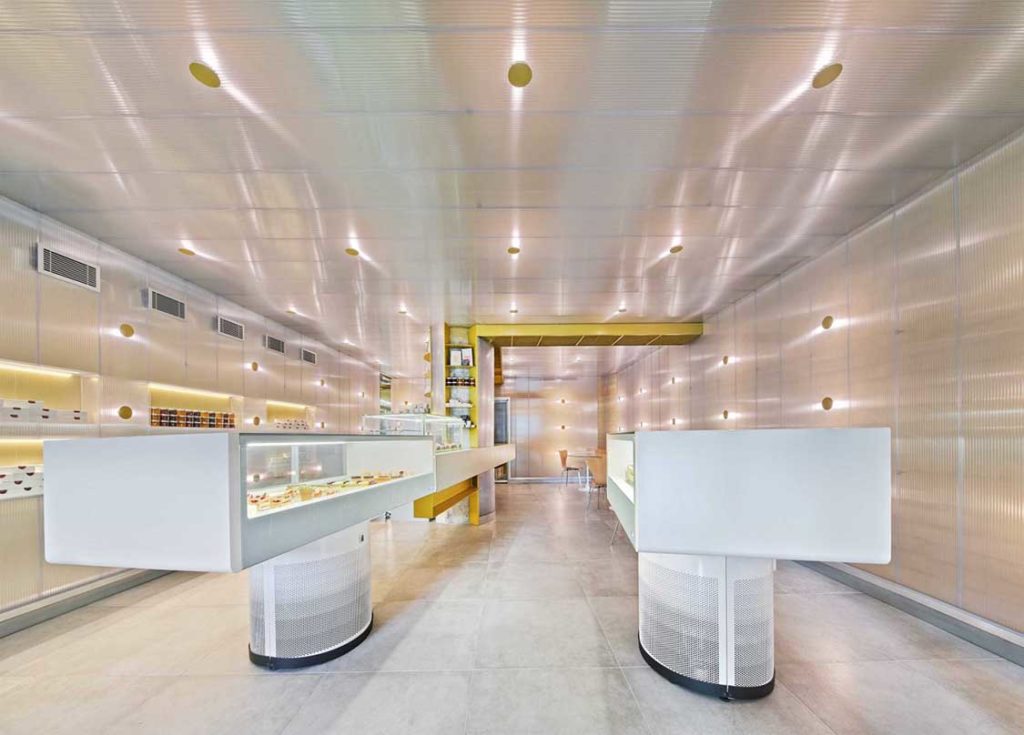 The way to illuminate the space was just as important as the selection of the material. Not wanting to resort to the classic solution of continuous perimeter lighting on the floor, finally a checkerboard of equidistant spotlights was chosen and hidden behind the transparent panel. 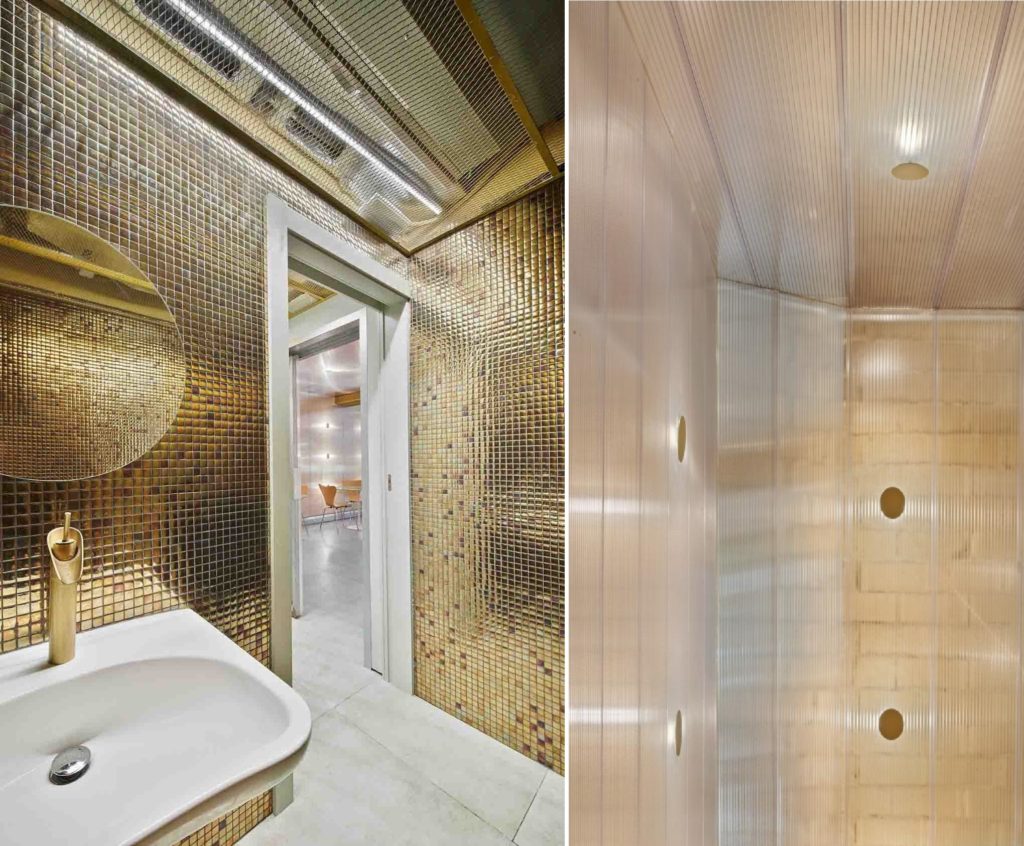 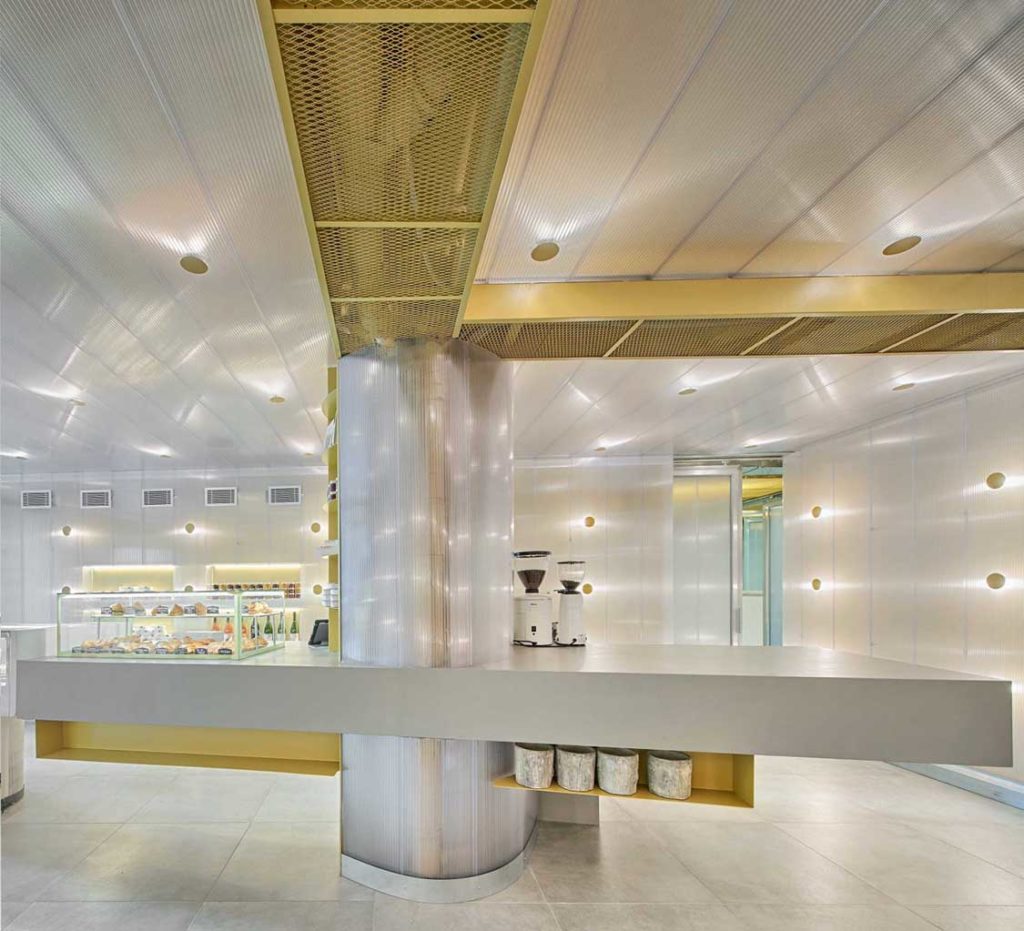